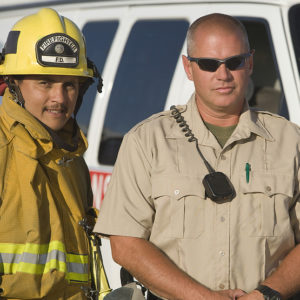 I Support Firefighters, But What California Is Doing Is Crazy

Having spent nearly my entire adult life in politics, I never cease to be amazed by the nerve of some elected officials. With the advent of the internet and the 24-hour news cycle, you would think that folks would be less inclined to act outlandishly. Sadly, this is not the case.

Consider an effort by lawmakers in California, working in conjunction with some firefighters in the state, trying to take over ambulance services — and get the American people to pay them over a billion dollars to do it. Understand, California currently has perfectly good ambulances, and there is no actual need for the firefighters to take on this responsibility.

Today, about 70 percent of ambulances working in California are operated by private companies that employ paramedics to perform critically and often lifesaving emergency services. Private ambulance businesses must win a competitive bidding process to win the right to serve these cities and towns.

The ambulance companies competing to provide emergency services must inform the cities and counties how much they want to be paid per ambulance trip. The city or county, ostensibly, will choose the company that offers the lowest cost per trip while also likely considering if the company has a credible reputation. This arrangement benefits the local taxpayers by ensuring they get ambulance services that are both affordable and responsive.

To offer the cities and counties the lowest cost per ride, the private ambulance companies rely on reimbursement from the state’s Medicaid department of $339 per ride. (If you’ve ever wondered why a fire truck comes when you call an ambulance, it’s because the fire department also wants to get $339 in government funds for responding to an emergency.) This $339 helps the ambulance companies offset their costs, so they can offer the municipalities they serve a lower fee per ride.

But because the ambulance trade is a multi-billion-dollar industry, some firefighters in California wanted to get a piece of the action. Working with their political allies in the state capitol, these firefighters launched an audacious (some might say outrageous) plan.

Indeed, California lawmakers will soon ask the federal government for an additional $723 per ambulance service that is only available to fire departments.

Yes, under a California law passed a few years ago, private ambulance companies will not be allowed access to these federal funds — only the fire departments. This means that when cities and counties put their ambulance services out to a competitive bidding process, the fire departments will be able to underbid the private ambulance companies. After all, they will be getting nearly $1,000 more per ride, courtesy of the American taxpayer.

This highly orchestrated scheme by California lawmakers could place an additional $1.3 billion burden on the American taxpayer. With this in mind, I have urged the Centers for Medicare and Medicaid Services, the federal agency that oversees Medicaid, to reject this official request by California. Indeed, California is set — any day now — to make this appeal to CMS for those additional taxpayer dollars.

Ultimately, I believe the Biden administration and CMS will reject this misguided request by lawmakers in the Golden State. This nation cannot afford to pay firefighters in California over a billion dollars to do the same job that the private sector currently does well, for a lot less.

Ronnie Shows is a former Democratic member of the United States House of Representatives from Mississippi. He wrote this for InsideSources.com.