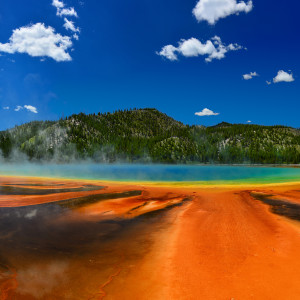 Posted to Politics January 22, 2016 by Matt Lee-Ashley and Jenny Rowland

For America’s national parks, 2016 was supposed to start differently. On January 1, the National Park Service kicked off its centennial celebrations at the Rose Bowl parade, where colorful floats with grizzly bears and waterfalls rolled past cheering crowds in honor of the creation of the national park system in 1916.

The next day, armed anti-government militants, led by the sons of scofflaw rancher Cliven Bundy, stormed the Malheur National Wildlife Refuge in Oregon. Their demand: that the U.S. government dispose of national forests, wildlife refuges, monuments and other lands that belong to all Americans.

Through dangerous, illegal and absurd means, the Bundy brothers’ stand has brought into focus the most powerful philosophical and political attack on America’s parks and public lands since their inception. But the assault against America’s public lands is not only being waged at gunpoint but also in the halls of Congress, on the presidential campaign trail, and by the political network of the billionaires Charles and David Koch.

The goal of the anti-parks movement is simple: to call into question the very idea of public ownership of our parks, wildlife and public lands. By dismantling the social consensus underpinning this idea — a consensus that has been forged over the past century — they hope to facilitate the hand-off of public lands to the private ownership of mining, energy, livestock and timber companies.

At the national level, several members of Congress have denounced the tactics of the Bundy brothers, but have affirmed their support for selling or transferring control of national forests and public lands. U.S. Rep. Rob Bishop, R-Utah, for example, has even organized a task force that is dedicated to passing laws to sell off public lands.

In state legislatures, the Koch-backed American Legislative Exchange Council is pressing politicians to introduce and pass copycat bills demanding state control of national public lands. The bills’ proponents know that state governments can’t afford to spend hundreds of millions of dollars a year fighting wildfires, cleaning up abandoned mines and managing the lands. To pay the bills, national forests and public lands would have to be auctioned off to private companies and the wealthy few. Locked gates and ‘No Trespassing’ signs would block access to trails, roads and campgrounds once open to everyone.

In our national parks’ centennial year, we must reject attempts to seize public lands, whether by anti-government militants or their political pals. But we must also confront the underlying ideology behind this anti-parks agenda. That means forging and implementing a new vision for our parks and public lands in their second century of conservation. That vision should have at least three components.

First, we need policies that ease the pressures on our public lands. One in five plant and animal species in the United States — 1,300 species — is at risk of extinction. With a changing climate, the glaciers in Glacier National Park are projected to disappear in the next 15 years. And as more and more open lands disappear to development, now is the time to stimulate renewed private and public investment in the protection of at-risk places and wildlife.

Second, we must renew the proud democratic traditions in which our public lands are rooted by building a system of parks that better reflects the diversity of our peoples and cultures. President Obama has expanded the park system to help recognize and preserve the stories of Latinos, African-Americans, Asian-Americans and women. The president should continue that work this year by establishing Stonewall Inn in New York City as the first national monument dedicated to the history of the lesbian, gay, bisexual and transgender rights movement.

And finally, we need to make it easier to get outdoors and enjoy our public lands. That means opening more close-to-home recreation opportunities by creating more urban parks, open spaces and access points for fishing, hunting and hiking. No child or parent should be more than a short walk or bike ride from a playground or natural area.

After more than a century of bipartisan work to conserve America’s parks, wildlife and public lands, the Bundys and their followers remind us that our work is far from done. And just as President Teddy Roosevelt stood up to wildlife poachers and profiteers to set aside the Malheur National Wildlife Refuge in 1908, now is the time for all of us to stand up and defend our parks and public lands.

They are, and must remain, America’s best idea.

Matt Lee-Ashley is a senior fellow at the Center for American Progress. Jenny Rowland is a research and advocacy associate at the center.