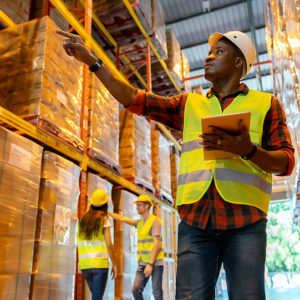 Rebuffing pleas and threats from tech CEOs and establishment graybeards from Silicon Valley to Cambridge, Massachusetts — as well as some of his swampier advisers — last week President Trump moved to suspend several temporary work visa programs.

His goal is to give U.S. workers first crack at the hundreds of thousands of jobs normally taken by foreign workers.

Taking place against the backdrop of an emotional national discussion on lingering racism in our society, this move will do more to boost the socio-economic prospects for Black and Latino Americans than all the statue-toppling and virtue-signaling coming from the left.

With 16 million Americans and four million immigrants now unemployed due to the pandemic shutdown, it’s just common sense to divert jobs that normally would be filled by temporary visa workers to sidelined U.S. workers.

You would think America’s biggest employers would be on board, but instead they have fought to maintain the current visa worker pipeline. The Big Tech companies who employ the most H-1B guest workers are the most irate.

Twitter took to its own platform to complain: “This proclamation undermines America’s greatest economic asset: its diversity. People from all over the world come here to join our labor force, pay taxes, and contribute to our global competitiveness on the world stage.”

Silicon Valley companies have been among the loudest in condemning “systemic racism” and pledging millions of dollars to social justice organizations and Black Lives Matter.  For example, Intel CEO Bob Swan recently posted this statement: “To our black employees and communities inside and outside Intel, I hear you and see you.”

Not, apparently, in the personnel office.

Vivian Ibrahim, a black American science, technology, engineering and mathematics (STEM) grad with 15 years of award-winning experience in government and private sector IT work, says she has been shut out of job opportunities because of a glut of foreign visa workers. “Black Americans have been pushed so far back and down in the Tech industry that we appear invisible or nonexistent.”

Ibrahim attributes this to the government’s failure to rein in the H-1B program, leading to the dominance of Indian-owned tech staffing companies that hire mainly their fellow citizens at low wages and place them in jobs that were being done by Americans.

Indeed, a recent Los Angeles Times article that delved into staff diversity at Big Tech companies found that a career in U.S. tech is “functionally barely open” to U.S. blacks and Hispanics.

At least four tech staffing companies — Cognizant, Tata, Infosys and Wipro — who are all at the top of the list of H-1B visa sponsors, have been sued recently for alleged discriminatory employment practices.

No doubt there are a variety of reasons for the underrepresentation of U.S. minorities in the tech industry.  But it’s not due to lack of qualified candidates — 12 percent of U.S. STEM grads are African American, so clearly there are American blacks willing and able to fill these jobs.

Trump’s proclamation addresses the one factor that the government can and should control, which is the flow of workers from abroad.

Big Tech employers should be pressured to compete for qualified Black, Latino and female STEM grads the way the colleges competed for their enrollment.

That won’t happen as long as there is a constant stream of cheaper visa workers.

Jessica Vaughan is director of Policy Studies at the Center for Immigration Studies, a Washington, D.C., research institute. She wrote this for InsideSources.com.