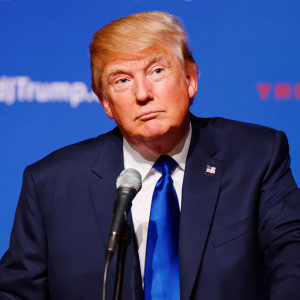 If Not ‘Conservative,’ What Do We Call Donald Trump?

Donald Trump has been called many things in his life — a brilliant businessman, an American success story, a narcissistic megalomaniac representing the worst of wealth-worshiping and celebrity culture.

When it comes to political ideology, though, the Republican presidential front-runner is a wordsmith’s dilemma.

Days before the Iowa Caucus begins the 2016 election in earnest, political writers and rival candidates are still fumbling for language to describe Trump’s brand of politics — a mix of ideas that defies conventional categorizations like conservative or liberal, libertarian or moderate. It’s a phenomenon that could provoke an identity crisis for the Republican Party, which has cast itself as the political home of the conservative movement since President Ronald Reagan.

Facing questions about his history of New York liberalism, the business mogul compared himself to Reagan — another celebrity-turned-politician — noting that the former president “was a fairly liberal Democrat, and he evolved over years and he became more and more conservative.”

At the same time, Trump appeared to acknowledge distance that remains between him and the mainstream conservative movement. “I have evolved on many issues. And there are some issues, I’m very much the same,” he said. “I was — which is a little bit different than a normal conservative — but I was very much opposed to the war in Iraq.”

Of course, Trump’s stance on Iraq isn’t what worries conservatives. There’s deep distrust, particularly among supporters of Texas Sen. Ted Cruz, that the mogul’s “evolution” on various issues isn’t sincere. In endorsing Cruz last week, conservative broadcaster Glenn Beck said of Trump,  “It defies all logic to change as much as he has in 18 months unless he had a pivot point.”

So has the mogul really gone from supporting late-term abortion to believing in an abortion ban? Does he actually oppose government-funded healthcare? As recently as September, Trump told CBS that “the government’s gonna pay for” an Obamacare replacement if he’s president, and “everybody’s got to be covered.” He added, “This is an un-Republican thing for me to say.”

The truth is, Trump has said a lot of un-Republican (read: un-conservative) things over the years. Conservative Review laid out how he supported the 2008 auto bailout, President Barack Obama’s government stimulus, caps on pay for corporate executives and eminent domain powers allowing government to seize private property. He also opposed changes to entitlement programs like Medicare and Social Security.

“I protect the senior citizens,” he told NBC News in 2011. “They are lifeblood, as far as I’m concerned.”

Taking stock of this record, some commentators are pitching the idea of Trump as a political centrist, albeit an unusual one.

“Trump is a certain kind of moderate Republican,” conservative New York Times columnist Ross Douthat told Vox. “[I]f you strip out the rhetoric around race and religion in his immigration stuff, and you strip out the ludicrous tax plan, you have a guy who’s running against Republican orthodoxy on everything from entitlements to — in his rhetoric at least — taxes, trade and so on.”

Douthat said smart Republicans recognize that Trump is ideologically malleable and ready to say anything to get elected: “He’s not going to be campaigning on conservative principles in August if, in order to beat Hillary, he needed to turn out a different set of the electorate.”

“[T]he Constitution is not about populism,” Levin said. “It’s not about pluralism. It’s about liberty.”

Aside from “liberal,” the other major term that’s been thrown around related to Trump — or at least his policies — is “fascist.” Talk of fascism came in particular after Trump said he “would certainly implement” a government database registering and tracking Muslims in the United States. Democratic presidential candidate Martin O’Malley called this pronouncement a “fascist appeal.”

Even if they don’t agree on language, political observers are essentially unanimous that Trump represents something new and unexpected in American politics. Next week, if he starts winning caucuses and primaries, they may truly be at a loss for words.