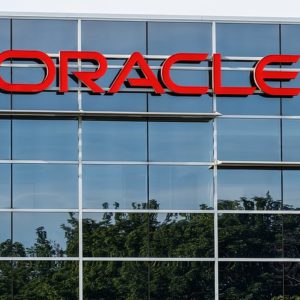 Just reading the headlines, you’d be forgiven for thinking the October 20th Department of Justice (DOJ) lawsuit alleging antitrust violations by Google would be the biggest legal threat facing the tech giant.

In early October, Google faced oral arguments at the Supreme Court of the United States for stealing 11,000 lines of code from fellow tech company Oracle. The antitrust case may be huge, but the decision in Google v. Oracle is far more immediate.

The facts of the case aren’t in doubt. Most “alleged” thieves go to court denying they stole what they allegedly took. Not so with Google. Billed as the “copyright lawsuit of the decade,” trillion-dollar valued Google admits that it took — pirated, plagiarized, pinched, filched, copied, nabbed, lifted, swiped — Oracle-owned computer code to use in its Android devices, but did so for the “right reasons.”

Instead of deciding guilt, SCOTUS is being asked to decide whether Google’s excuses for this grand heist pass the laugh test and whether our nation’s protections for intellectual property retain any real meaning.

What’s the consumer interest of the little guy and gal in a battle of two high tech giants? Plenty if you’re an artist, writer, musician, filmmaker, or a software developer. Plenty if you’re a consumer who enjoys their products, services, and innovations — all fostered by the protection of intellectual property rights.

Software developers can now, Google claims, “use their existing knowledge of the free and open Java language to create innovative programs that can run on new platforms such as Android.” Two, Oracle would only have used its Java SE copyright to stifle competition and monopolize the software market.

Google may say that in copying Oracle’s codes the company was acting in the best interest of the consumer, but only a Google lawyer could offer up such self-serving nonsense.

Even if some of Oracle’s stolen code spurred innovation in the market, Google is no modern day Robin Hood. You don’t have to be a software genius to see that the entity benefiting most from Google’s heist of Oracle’s intellectual property is Google. Perhaps Google would like to explain why its own copyrighted codes and search algorithms shouldn’t be free for the taking?

But even if we concede Google’s claim that copying Oracle’s 11,000 lines of code did benefit the public, nevertheless, the code was still Oracle’s property. A thief who distributes his ill-gotten gains to the public is still a thief. Imagine a world where the world’s largest companies can simply steal as they please whenever they claim it “benefits the public.”

Google asserts that Java SE was so popular that it fell under the copyright law’s “fair use” statutes. But the popularity of a creation does not exempt a work from copyright under the fair use doctrine.

Consumers’ Research notes in its amicus curiae: “Moreover, our Constitution’s framers, who included the Copyright Clause in Article 1 Section 8i “[t]o promote the Progress of Science,” recognized that the public good “coincided” (James Madison in Federalist 43) with the protection of an individual’s pre-existing right to his or her labor.

In short, the promotion of the public good (the benefits to consumers) depended on the protection of private intellectual property rights. The public good was never — and is not now — a reason to eliminate the private right of creators to the fruits of their labors.

As the Supreme Court itself said in 1985, “By establishing a marketable right to the use of one’s expression, copyright supplies the economic incentive to create and disseminate ideas.”

Over the long term, eliminating that marketable right by allowing wholesale piracy would significantly diminish the economic incentive to create and disseminate products.  Consumers will end up with fewer choices in the marketplace.

Consumers have an interest in whether American innovators, large and small, can be safe from theft by heavyweight corporations. A Supreme Court ruling in Google’s favor would send a chilling message to all innovators who don’t have the deep pockets of Oracle.

More importantly, it would send a message to leviathans like Google that they are above the law, potentially upending the foundation of our copyright system and declare open season for software piracy.

And if we will not protect our innovators — our artists, writers, musicians, filmmakers, and software developers — here at home, how will we ever protect them from the intellectual property pirates in places like China?