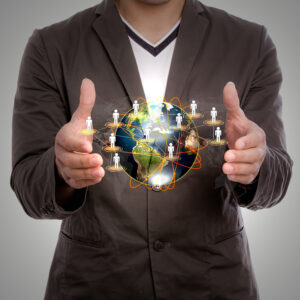 If We Want to Build Back Better, We Must Unleash Social Enterprises

While we all eagerly await the return of a sense of normalcy, we also recognize there is no going back to the way things were. 2020 undeniably revealed some stark realities. The pandemic ushered in a public health crisis that shocked the world into an epic economic slowdown. As a result, existing divides between people of different racial and economic backgrounds became chasms.

Poetically, 2020 also elevated some solutions to our most urgent problems. If we want to build a better future for all, we must better support social enterprise – companies with business models that scale as they achieve their social impact goals. By bolstering programs that invest in these impact-focused ventures, the Biden administration can create jobs, drive economic growth, with diversity and inclusion as core principles, while addressing many of our most pressing issues all at once.

When we launched the Halcyon Incubator in Washington, D.C. in 2014 to support audacious entrepreneurs building the best impact start-ups from around the world, it wasn’t uncommon to encounter skeptics. Many well-respected business experts believed the sole purpose of a company was to make a profit for shareholders. They wanted to support companies that were “doing good,” but didn’t see how that could also result in the company “doing well.” Fast forward to 2017 and the unprecedented moment when ExxonMobil’s investors forced the company to factor in climate change. Or 2019, when the Business Roundtable changed the very definition of a company to one that serves not just shareholders but “all” stakeholders. In 2019 Goldman Sachs announced a Sustainable Finance group, and as of 2020 if you’re a national bank without an ESG investing option for your clients, you are behind the curve. Meanwhile, successful companies like Ben and Jerry’s and Patagonia have always known that living their values didn’t mean sacrificing their bottom line.

The sea change is already here. In 2020 we saw investor activism on the rise in the social enterprise sector. From early-stage investing, like Halcyon’s new Angel group that invested $745k in three companies in the second half of last year, to public equities like Tesla and Enphase Energy creating exponential return for investors while making strides toward a green economy. We at Halcyon saw that we had finally arrived in the place we envisioned seven years ago: a place where everyone realized they could not wish for one type of world with their right hand and invest in building a different one with their left. When we reflect on 2020. we will recognize it as the year of mass adoption of that philosophy.

The government now has a critical role to play in turning this momentous inflection point into an opportunity to build back a better America. Social entrepreneurs have now built sustainable, scalable ventures and created jobs in every sector of the U.S. economy, including energy, health, education, data, media, transportation, housing, and agriculture, and they are poised to be the building blocks of this new and improved economy. Halcyon has penned a white paper on social enterprise that outlines the actionable changes the Biden administration can make to retain and advance U.S. global leadership through impact-driven business.

The U.S. government has traditionally supported startups and social enterprises through several initiatives at several agencies, such as providing access to capital through the Small Business Administration, or mentorship to international startups through the Department of State. Those initiatives have helped spark game-changing technological innovations in the startup space and enable economic competitiveness. According to the Kauffman Foundation, almost 20 percent of gross job creation can be attributed to startups. While those initiatives have paid huge dividends for startups, the time has come for ideas specific to impact-driven businesses, so we can ensure a more inclusive economic recovery and the highest possible return on investment.

In our white paper, Halcyon has detailed five achievable actions the Biden administration can take within the first 100 days in office to accelerate more high-quality, high-impact social enterprises across the nation:

We believe the key to unlocking both an economic and social recovery is investing in and bolstering social enterprises. Never before has the environment been so primed for an influx of ideas, talent, and capital into the impact economy. The leadership of the Biden administration will be catalytic in securing the United States’ role as a global leader in impact innovation, and Halcyon is standing by to support any of the new administration’s efforts to strengthen social enterprise ecosystems.

Kate Goodall is co-founder and CEO of Halcyon, a non-profit dedicated to providing space, community and access to emerging leaders in social entrepreneurship and the arts. She wrote this for InsideSources.com.