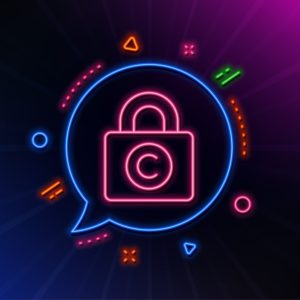 If You Build It, They Will Troll

American copyright law dates back to the Constitution when the Founders granted Congress the power to establish exclusive rights for authors and inventors for a specific period of time, in order to “promote the progress of science and useful arts.” Since then copyright has evolved into a complex subfield of intellectual property law, addressing questions of fair use, the public domain and licensing that shapes the world creators live in.

The rise of the digital economy has made things even more challenging, as Congress and creators deal with new technologies that have driven the costs of sharing information — film, photographs, music — virtually to zero. Lawmakers are finding it difficult to keep pace with technology, but efforts to address real-world problems can potentially do more harm than good if poorly designed.

One example of this is the “Copyright Alternative in Small-Claims Enforcement Act of 2019” (the CASE Act). The goal of the legislation is to create a small claims tribunal — the Copyright Claims Board — within the Copyright Office to address copyright infringements in a cost-effective manner. While concerns over copyright violations have dramatically increased in the digital world, the proposed solution in the CASE Act is problematic on many fronts and may thwart creators rather than promote progress.

The bill passed out of committee without a hearing, leaving little room for discussion or debate on potential concerns or how the CASE Act could be improved, which is surprising for such a significant change to the copyright system.

Several problems have been raised about the operations of the proposed Copyright Claims Board that might have been resolved through a broader discussion of the bill. For example, the legislation exposes individuals, small businesses and organizations to damages that can reach as high as $30,000 for something as innocuous as creating a meme or posting a photo on a website. Even more disconcerting, the legislation would encourage more copyright abuse by allowing not just creators — photographers, authors, musicians, filmmakers — to file claims but also copyright trolls, who have become somewhat of a growth industry in the digital world.

While the proceedings at the tribunal are considered voluntary, anyone threatened with a claim must take affirmative action to opt out, at which point the claim would be dismissed and any further action would be handled by the federal courts. Yet the opt-out process may be confusing for consumers and small businesses, who may be hit with default judgments because they failed to opt out. And once a decision is made, it is not reviewable in a federal court, which raises broader concerns over the constitutionality of the Copyright Claims Board. In effect, failure to opt out eliminates the constitutionally guaranteed right to a jury trial.

As a result, the Copyright Office holds substantial authority with wide leeway when adjudicating the rights of private individuals, which many believe is a role constitutionally assigned to the courts. Moreover, it is not as if the issues to be addressed are as simple as the typical small claims court, which typically hear cases with damages of $5,000 or less. In fact, copyright law can be complex, and fair use has a long legal history that continues to evolve.

The CASE act asserts that claims should be based on the legal precedent of the federal district court that would have heard the case if a lawsuit was filed. Yet even identifying the correct district court is not always easy depending on the actors involved, and the Copyright Claims Board would have the ability to determine the appropriate jurisdiction to follow in those instances where it may not be clear.

Importantly, the proposed legislation allows claims to be brought even for non-registered works, which means even those who attempt due diligence to avoid infringements may still find themselves liable.

More troubling, this opens the door for forum shopping by copyright trolls, which is a major concern of the CASE Act’s critics. Intellectual property law has been plagued by legal challenges brought not by inventors or artists, but by those who acquire intellectual property rights specifically for use in strategic litigation of infringements. And more often than not, it will be individuals and small businesses and organizations that are targeted, as larger businesses will have the resources necessary to opt out and move to the issue to federal court.

This does little to promote progress and hampers innovation to the detriment of the economy as a whole.

Technology has changed intellectual property in a fundamental way. Rights holders have very real concerns about protecting their works and moving forward will entail changes. The CASE Act attempts to address these issues by expanding the scope of government by adding a quasi-judicial function in the legislative branch, which raises important constitutional questions. But given the size of the damages and complexity of the copyright law, federal courts may be the more appropriate venue for such claims.

Wayne T. Brough is the president of the Innovation Defense Foundation in Washington. He wrote this for InsideSources.com.