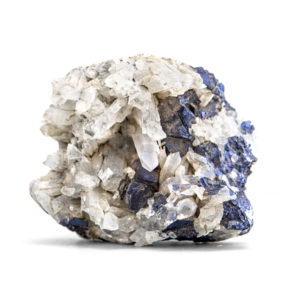 Nuclear power has done more to reduce carbon emissions than any other energy source.  But its growth is being stonewalled by major environmental organizations. They regard it as a systemic horror, but it’s global warming that’s the systemic horror, not nuclear plants that account for 55 percent of the nation’s zero-carbon generating capacity.  Their wrong-headed objection to nuclear power will come back to haunt them.

Despite its outstanding record, nuclear power has been relegated by opponents to the same twilight zone of contentious conflict as genetic engineering.  Recently, more than 600 environmental groups sent a letter to Congress opposing the Biden Administration’s effort to keep existing nuclear plants open, claiming it’s a “false solution.”

Harmful as the environmental movement’s opposition to nuclear power is, its extreme distaste for mining is worse.  No thanks to environmentalists, mining in the United States has been pushed to the margins. Although the United States has an abundance of mineral resources worth trillions of dollars, obstructionists have been able to block development of one mine after another.  It now takes ten years or more for a mining company to obtain a permit to open a new mine.  Repeated attempts in Congress to streamline the permitting process have failed. As a result, minerals considered essential for our nation’s economy and national security must be imported from untrustworthy countries like China.

As recently as the early 1990s, the United States was the world’s largest producer of rare earth minerals, which are indispensable in weapons production and a wide array of clean energy technologies.  Today we have just one rare earth mine remaining, and it must ship its ore to China for processing.

President Biden’s goal — to slash carbon emissions 50 percent by 2030 — hinges on clean energy technologies that rely heavily on minerals like lithium. According to a report from the International Energy Agency, global demand for minerals far exceeds supply — and the problem could worsen in the years ahead.  By 2040, demand for lithium is expected to increase 4,200 percent; graphite, 2,500 percent; nickel, 1,900 percent; and rare earths, 700 percent.  These are the so-called EV battery metals.

The assumption that Canada, Australia and other friendly countries can meet our needs for battery metals and other critically important minerals and metals is wrong.  The unfortunate reality is that resource nationalism is global.  Take copper, which is essential for decarbonization and the shift from fossil fuels to clean energy.  In addition to electrification, copper is still needed for standard uses, copper wiring, copper piping, construction and telecommunications, and components of airplanes, trains, cars and boats.  Chile and Peru, the number one and two producers of copper in the world, are both seeking to raise the royalty tax on copper producers, while the Democratic Republic of Congo has slapped a ban on copper exports — an action almost identical to what has happened in Indonesia with nickel.  At the same time, China is locking up the nickel supply in Indonesia and copper in the Democratic Republic of Congo.

Now is past due time to encourage development of domestic mineral supplies.   The race is on to secure the supply chains for the technologies of tomorrow. Our economic and environmental well-being are at stake.

Dan Ervin, Ph.D. is a finance professor at Salisbury University. He writes on energy economics and policy with a focus on nuclear power. He wrote this for InsideSources.