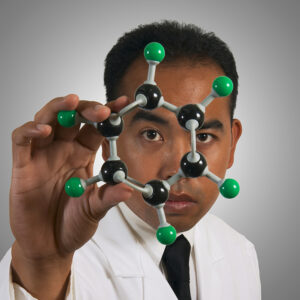 To meet our rapidly evolving national security needs and achieve lasting economic growth, the United States must foster a 21st-century science and technology workforce that employs the creativity and ideas of people from across the country and worldwide. We can out-compete China and other highly populous nations only if we draw upon the talents of all Americans and leverage our history as a welcoming nation to attract, educate and retain a global science and technology talent pool.

Highly skilled immigrants are behind many of scientific breakthroughs that have powered our country’s national security and economic growth. These include co-founders of two of the biggest semiconductor chip manufacturers in the United States, Qualcomm and Intel, and many more. Yet, our woefully outdated immigration system is causing many to pack their bags, take their world-class education, U.S. degrees, and research, and leave.

More than half of those with doctorates in artificial intelligence leave the United States, citing a flawed U.S. immigration system as the primary motivation. Amid intensifying global competition over artificial intelligence, semiconductors, 5G and emerging industries of the future, the U.S. routinely forces STEMM (science, technology, engineering, mathematics and medicine) degree holders to return to their home countries after graduation regardless of whether they desire to remain here and pursue a research career.

Meanwhile, China has crafted a national strategy and pipeline to lure the diaspora home and attract similar talent from other countries. To reverse this trend, we must remove these barriers to high-skilled immigration that are detrimental to our national security and global competitiveness. Allowing advanced STEMM degree holders to apply for a Green Card upon graduation — without negatively affecting other applicants by exempting the count against the overall cap — is an excellent place to start.

This modest change is common sense and has recently gained significant momentum and support in Congress, including from the top Republican senator on the Subcommittee on Immigration and Border Security, John Cornyn, and Rob Portman, the top Republican on the Senate Homeland Security and Governmental Affairs Committee. We agree with Cornyn and Portman, and we hope Congress will pass such a provision this year.

First off, a shortage of STEMM talent is threatening our national security edge. According to the Department of Defense’s own recent assessment, this shortage is reaching crisis levels, and we must take a multi-prong approach by reigniting U.S. STEMM education and workforce development and attracting more foreign talent to reverse the trend. In fact, already about half of the defense industrial base’s advanced STEMM talent is foreign-born.

Second, immigrants power the American economy’s scientific discoveries, technological advancements and innovation ecosystem. In fact, more than half of our most innovative startups valued at more than $1 billion were founded by immigrants, along with 38 percent of our Nobel Prizes in chemistry, medicine and physics.

Third, America now faces increasingly stiff competition from other countries looking to attract and keep this talent — a competition our immigration system is not designed to win. The United Kingdom recently introduced the Global Talent visa, an uncapped visa aimed at recruiting scientists from around the world. China, Canada and Australia have introduced similar talent recruitment programs. And their strategies are paying off — there has been a 128 percent increase in submissions for Canada’s Express Entry program from the U.S. by immigrants who could not get a U.S. Green Card.

In response, we echo the recent bipartisan letter signed by several prominent national security experts that was sent to members of the Bipartisan Innovation Act conference committee. Exempting advanced degree holders in STEMM fields from annual Green Card limits will fortify our standing in the world as the leader in technology and innovation and fill the talent shortages our critical defense industries face. It helps ensure our national security innovation base is strong and can best serve our nation’s critical needs.

We must act now and harness the power of this talent pool while we are ahead. By ignoring this opportunity before us, the U.S. risks losing the advantage our scientific institutions have held since the 20th century, especially in critical technologies of importance to national security and economic growth. The consequences would be grave.

Dan Correa is the CEO of the Federation of American Scientists and former assistant director of innovation policy at the White House Office of Science and Technology Policy. He wrote this for InsideSources.com.

Sudip Parikh is the CEO of the American Association for the Advancement of Science. He wrote this for InsideSources.com.