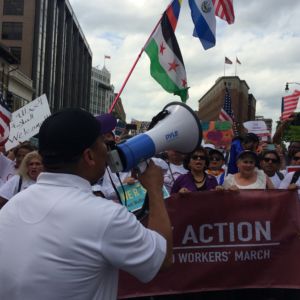 Labor unions have long marked the first of May as a time to celebrate and fight for worker rights. The labor movement used the occasion this year to fight instead for illegal immigrants.

President Donald Trump promised throughout the campaign to fight illegal immigration. Those opposed to Trump have been highly critical of the president for wanting to clampdown on those here illegally. Several leading national unions joined forces with immigration reform advocates during a nationwide protest to commemorate May Day.

The CASA in Action partnered with the unions and other advocates who helped organize the protests in Washington D.C. The AFL-CIO, Service Employees International Union (SEIU), and others were among those that helped. Several protests were planned across the city, and all eventually converged on the White House.

“We want equal rights,” a Washington D.C. protester who identified himself as Eli M. told InsideSources. “That’s why I’m here because we want justice. I think everyone deserves an opportunity, not just some people, but everyone. We’re all humans and I think this is a fight for equal rights and that’s why I’m here today.” 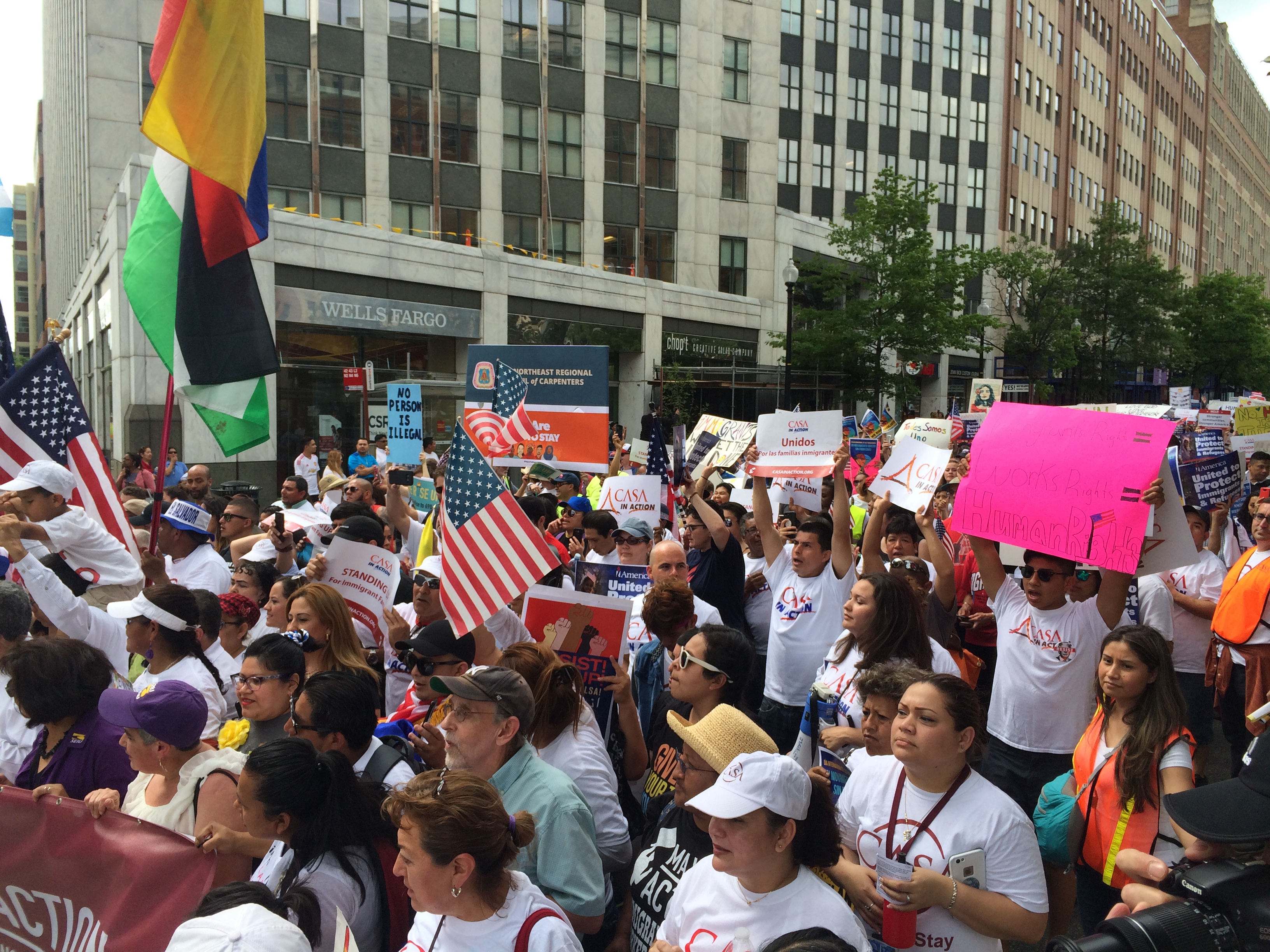 Trump has proposed a number of immigration reforms that have angered critics on the left. He has focused on stopping illegal immigration, protecting domestic workers from foreign competition, and protecting against terrorists. Some believe the issue started way before the president took office. 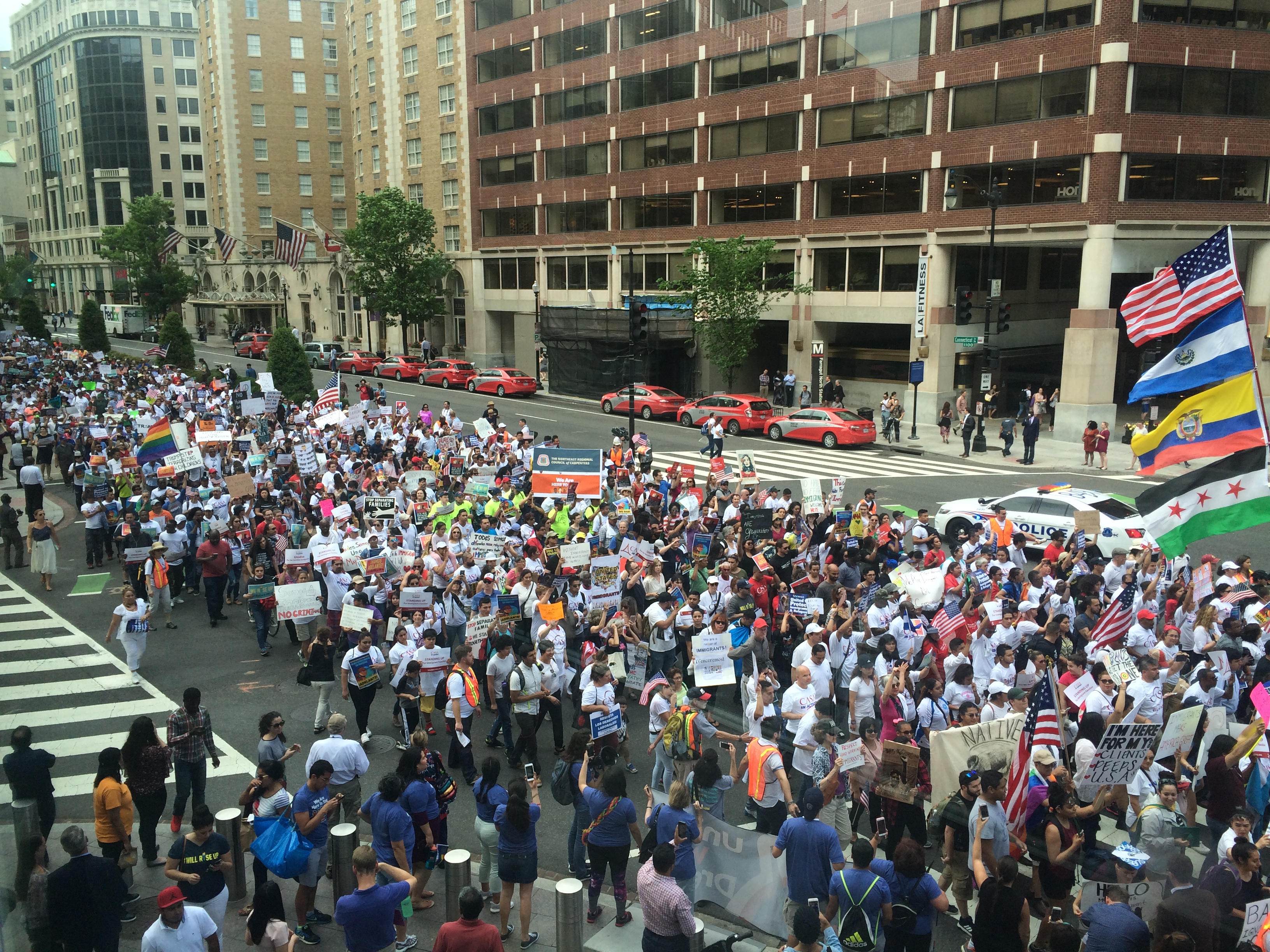 Artola adds the current administration might be worse depending on how someone views it. His big concern is instead the policies and viewpoints that target immigrants. Washington D.C. protester Manuel Caceres agrees that the issue isn’t new, but counters that the president has undoubtedly made everything much worse.

“This is nothing new,” Caceres told InsideSources. “It doesn’t matter what person is in the White House. The only difference with the president right now manifested more, not against, but signed executive orders that really affects families. Families that are here for years working and making this country.” 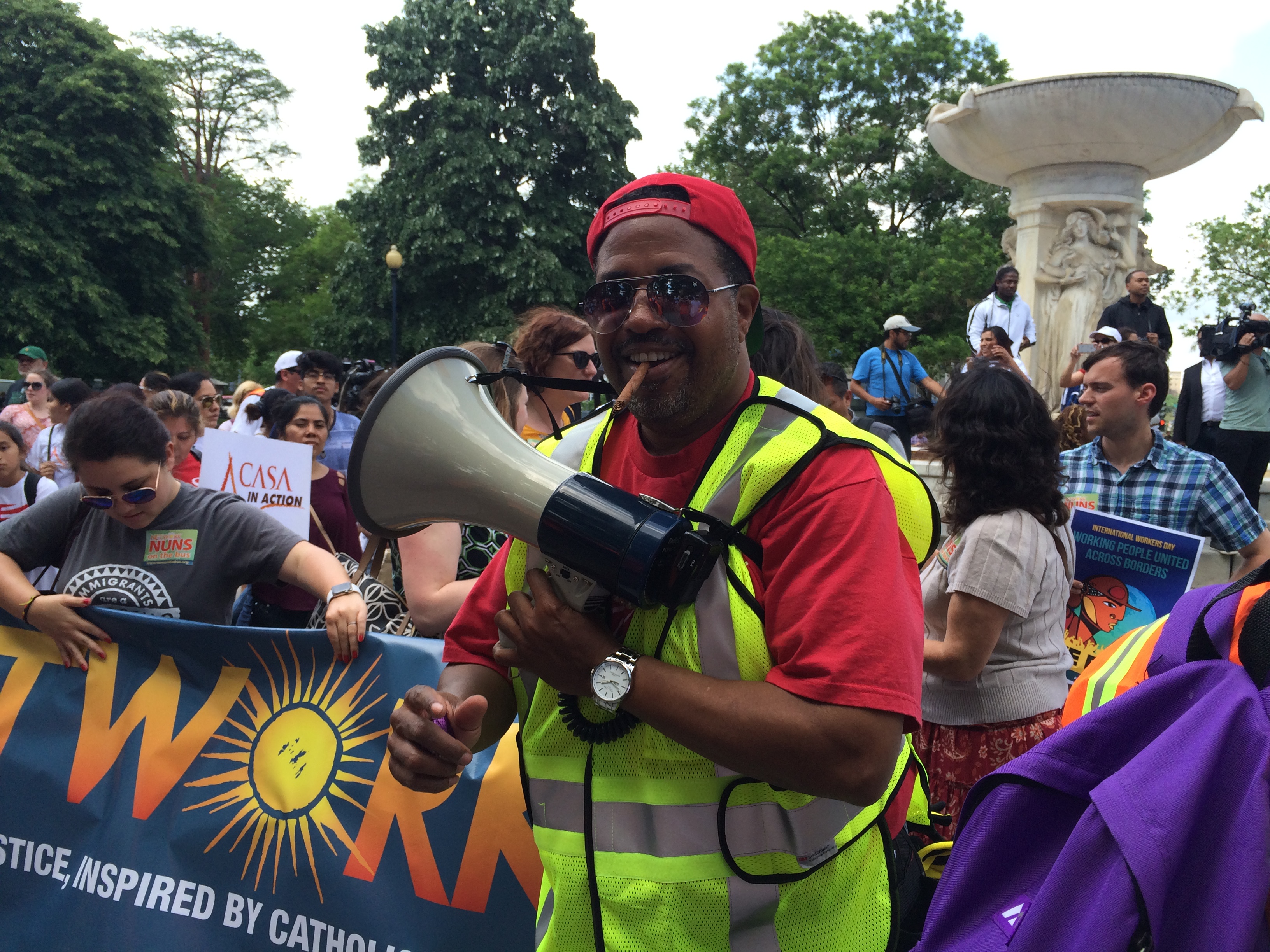 President Trump promised throughout the campaign that he would build a wall along the Mexican border. He also signed two executive orders which were designed to temporarily prohibits travel from several Muslim-majority countries. Critics were quick to denounce both moves.

May Day has been used by the labor movement as a protest day since the late nineteenth century. The tradition started as a way to commemorate workers who were injured or killed during the Haymarket Square riot in Chicago in May 1886. The day has been used to celebrate workers and various other causes ever since. 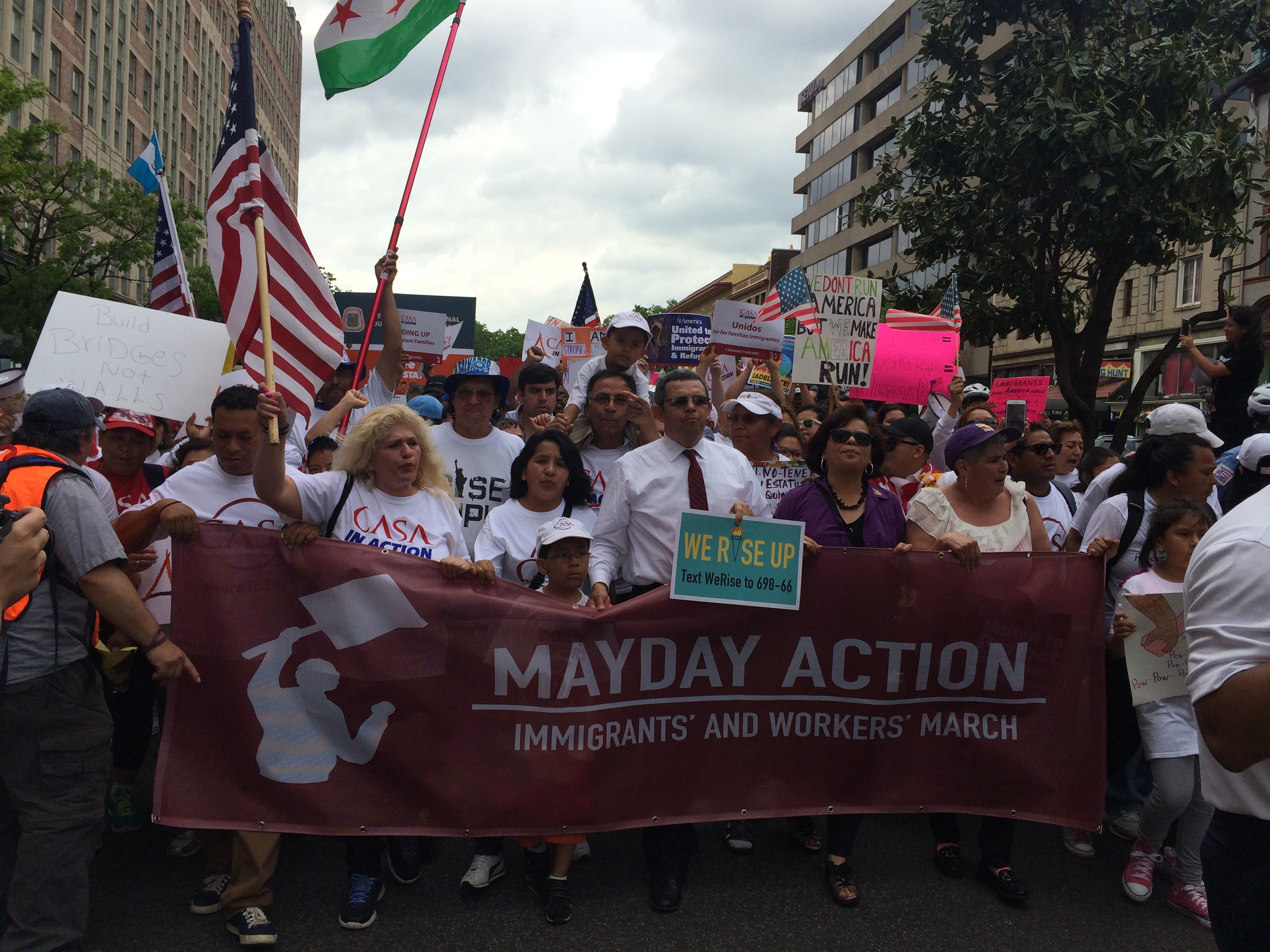 “I understand that this is International Workers’ Day,” Jared Lane, a protester, told InsideSources. “We’re mostly focused on the Muslim ban, and the wall, and any immigration deportation in general.”

Caceres believes it is possible to find a middle ground that would address concerns on both sides. He would be open to compromises so long as immigrants that aren’t causing problems are treated fairly and left alone. He adds those immigrants who do bad things should be punished. 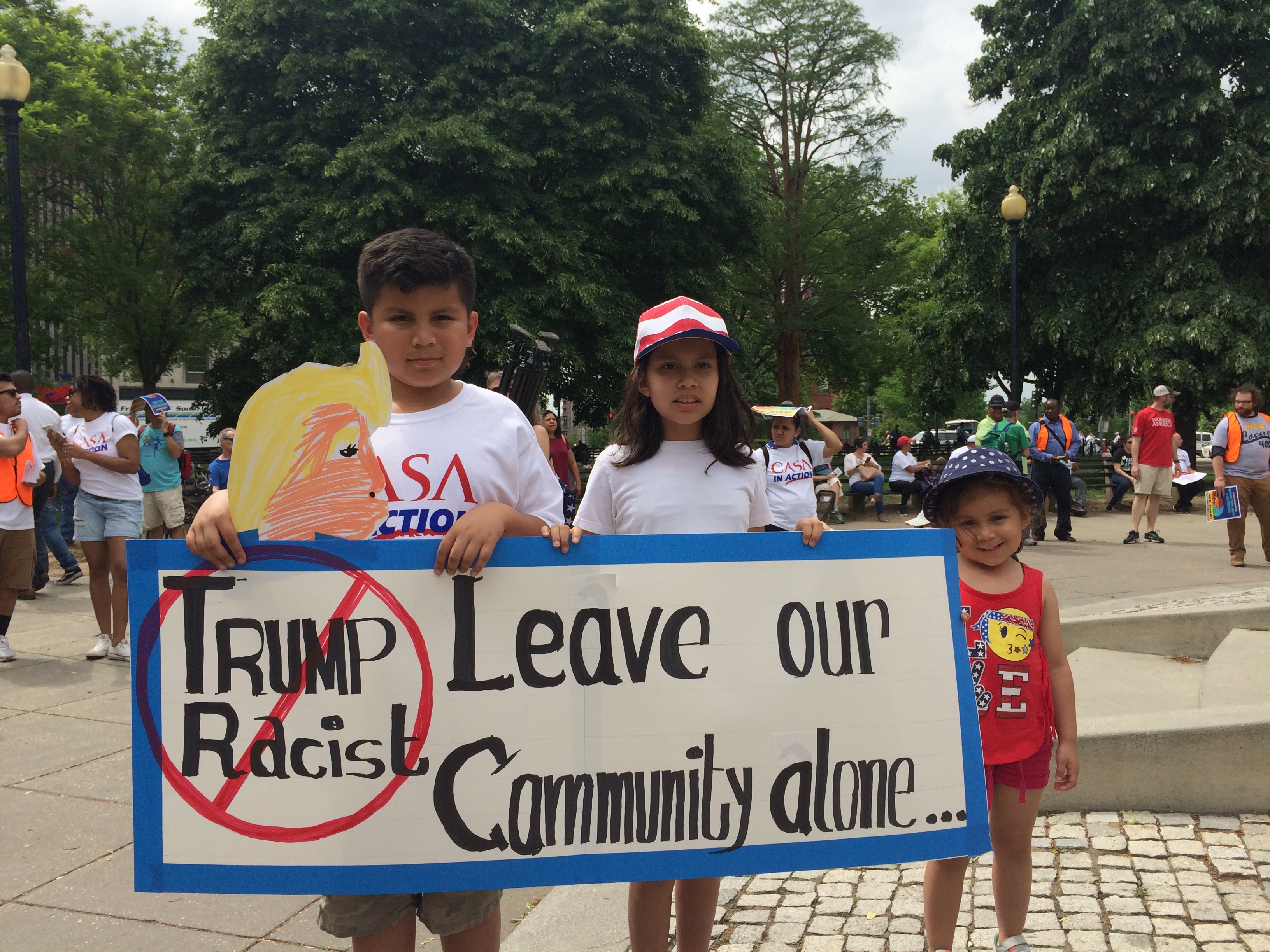 “I want to see a middle ground, something that is fair for everybody,” Caceres said. “We don’t count people who come in and do wrong things because everyone deserves what they deserve. People that come in and do the wrong thing, yes, they deserve justice. The law applies to everyone, doesn’t matter where they come from.”

Artola agrees that it is possible for both sides to find a common ground. The new immigration system could focus on national security instead of immigrants who are here just to work. Lane counters that there is no middle ground. He instead believes the goal should be open borders. 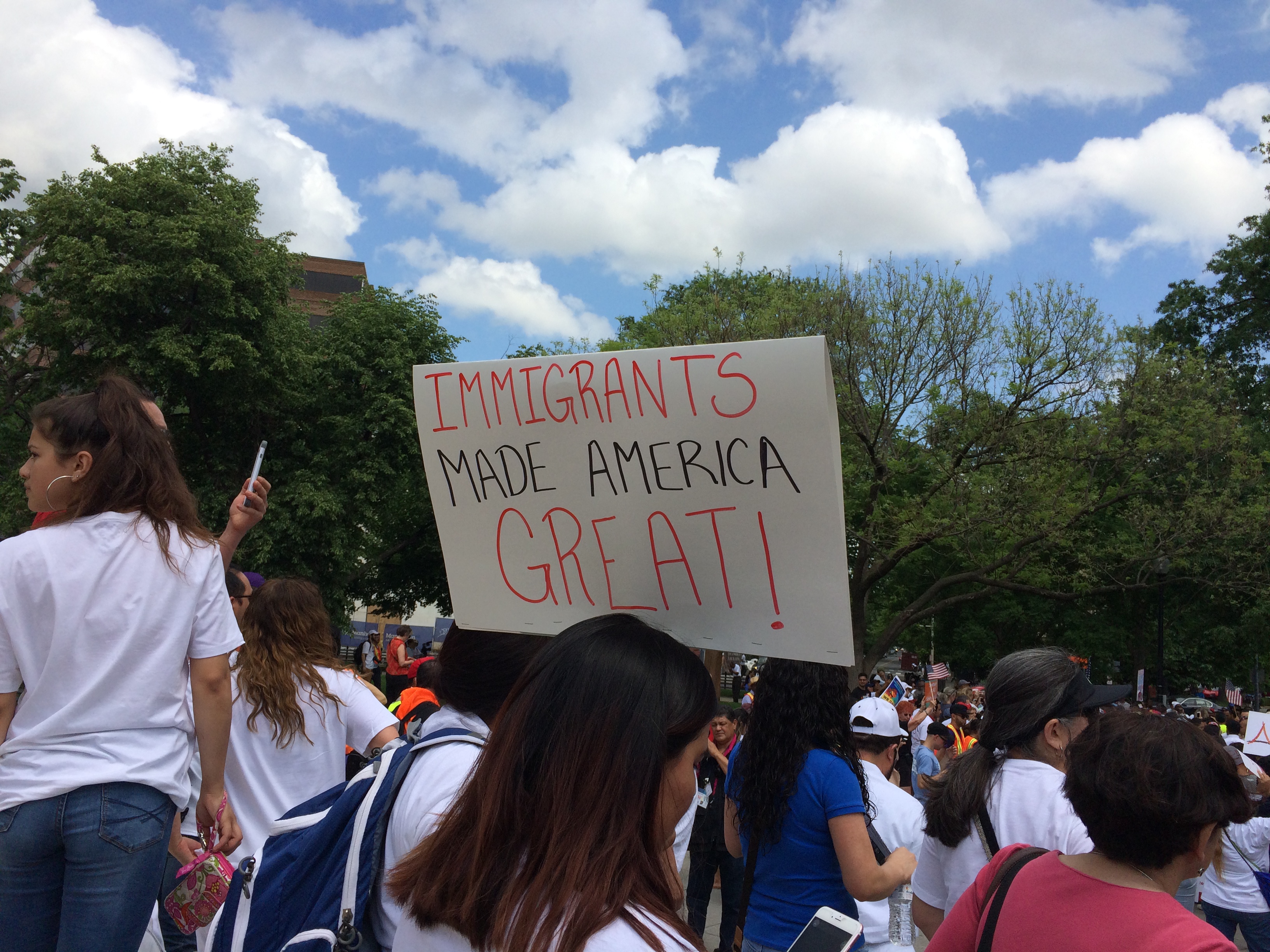 “I don’t see a middle ground,” Lane said. “The European Union has open borders between their countries, and yeah they have seen an influx of refugees, and also terror attacks, but I don’t think the correlation has one to do with the other, with the amount of immigrants pouring in and the attacks on those countries.”

An ideal system that addresses all the major concerns people have could prove unlikely. Caceres states any solution is likely to have problems, but it can still be designed to be effective. He adds the new system just needs to ensure it works for everyone and is fair. 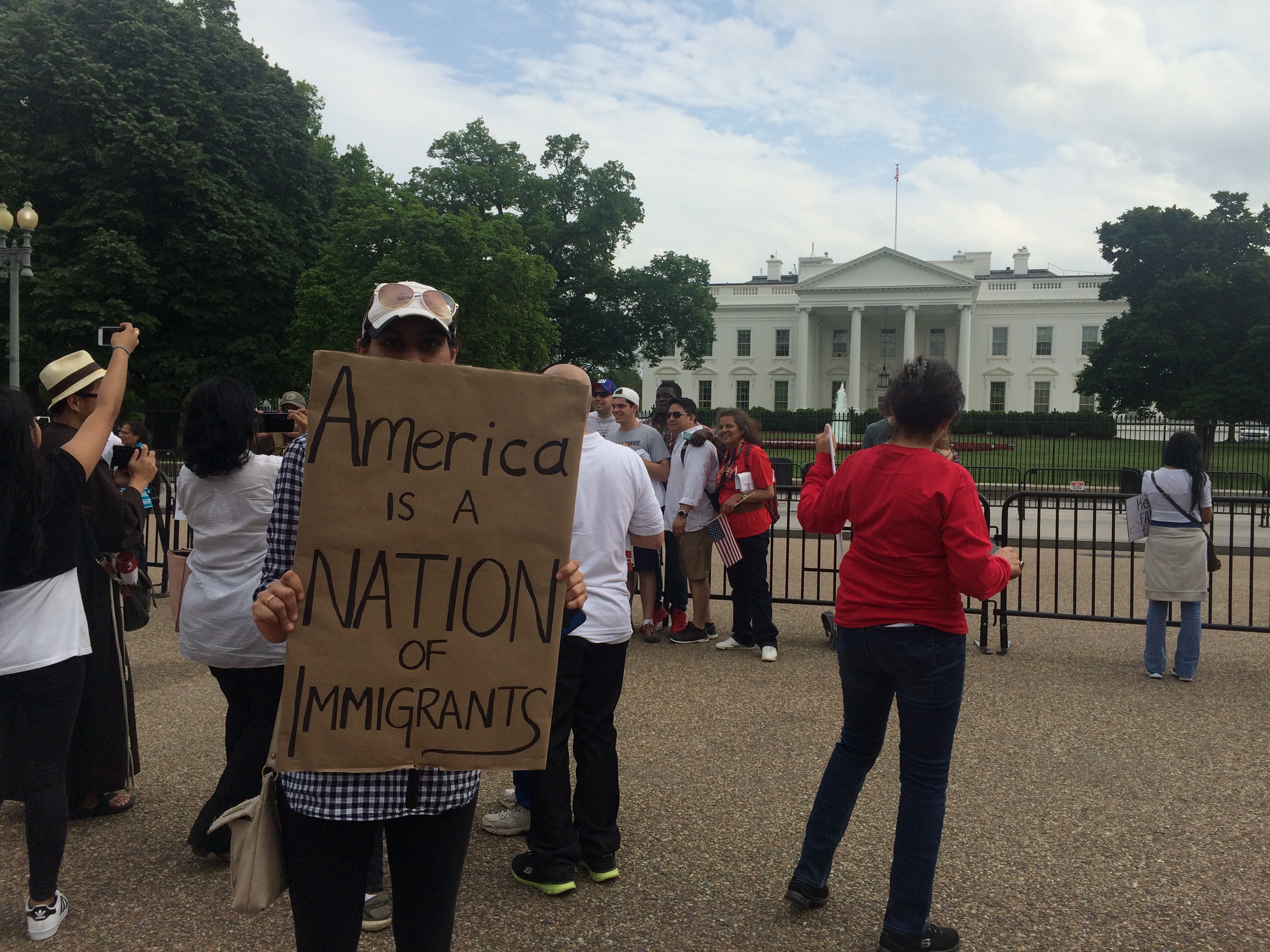 “The ideal system is really hard to tell you because it never exists–a really perfect system,” Caceres said. “It’s something that should work for everyone.”

Eli dealt with the immigration system in a very personal way in recent years. He notes that his father was deported just two years ago. His father had been living in the U.S. for close to three decades and has since been unable to return from Mexico. 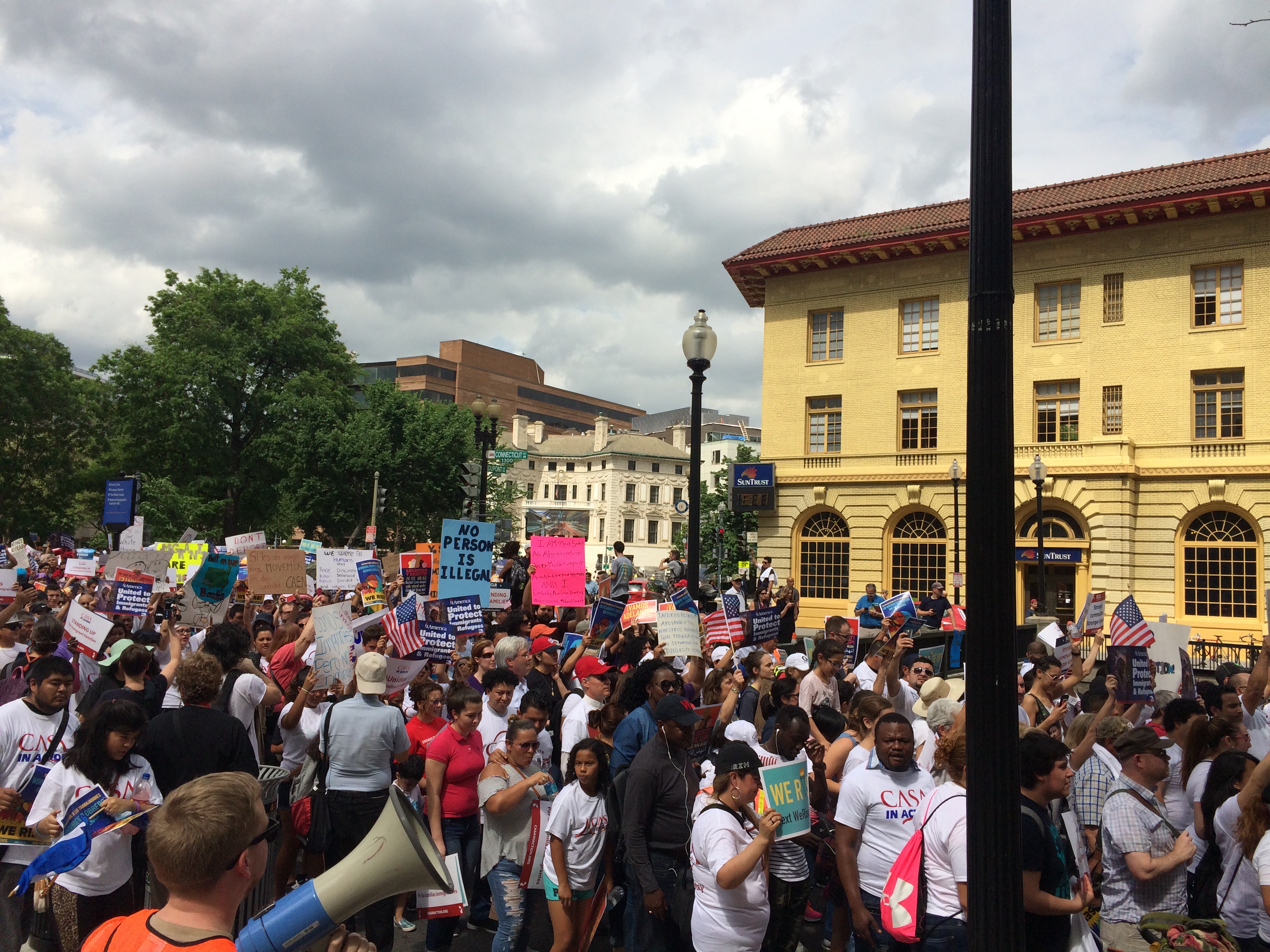 “My father was deported two years ago so that’s a biggie for me,” Eli said. “My kids ask for my father, and I can’t find words to tell them exactly what happened because I don’t want them to fear whatever is going on now.”

Eli also believes the current system is racist. He argues it disproportionately impacts people of color more than those who are white. The current system doesn’t make determinations based on race but does include special exemptions for close allies that make it easier for their citizens to immigrate or find temporary work here. 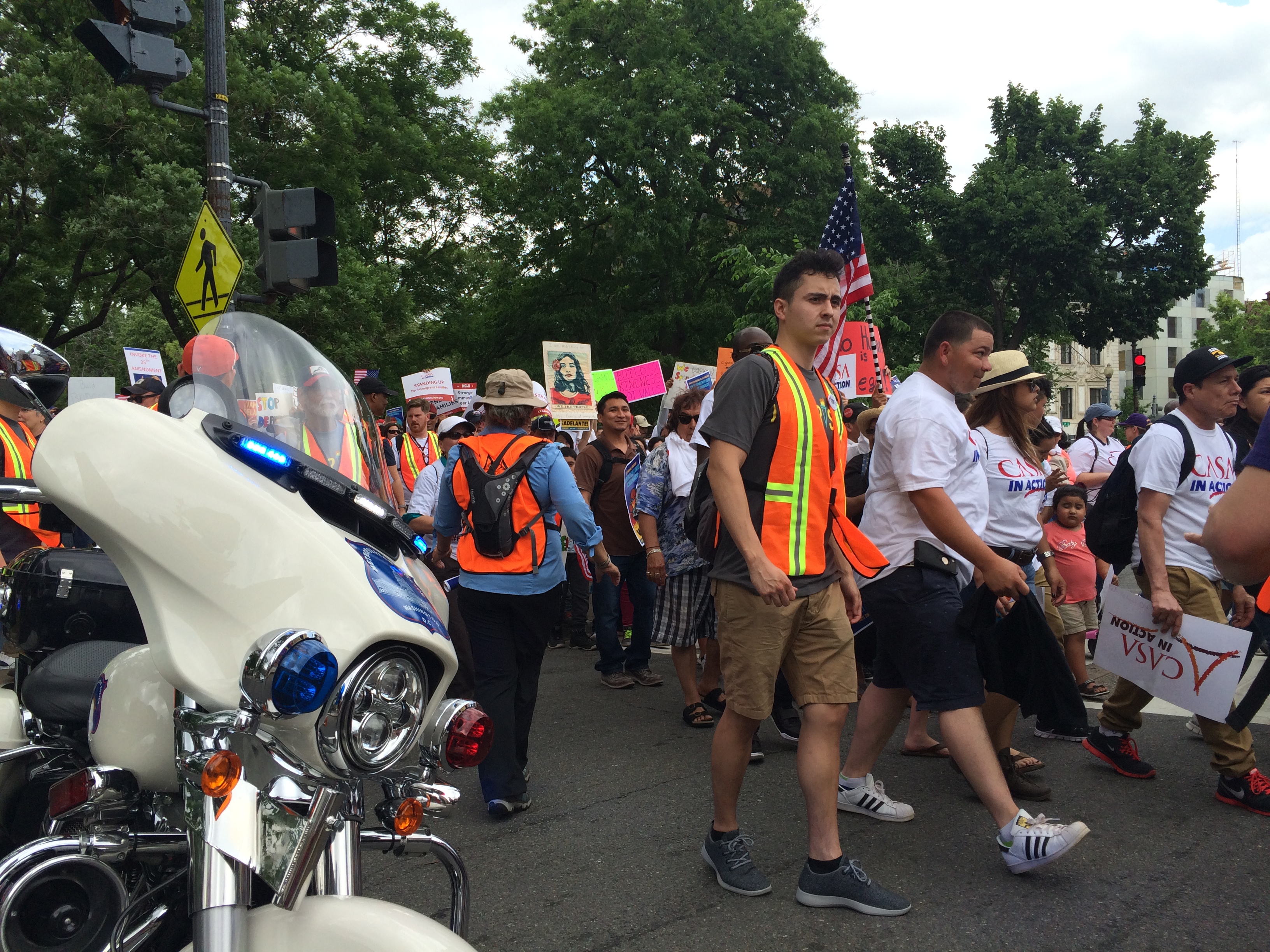 Protesters converged on airports and cities Jan. 27 when the original temporary travel ban was signed. Trump has faced a slew of protests since winning the presidency. Activists have gathered to oppose his rhetoric on women, his stance on environmental issues, his stance on immigration, and many other issues.