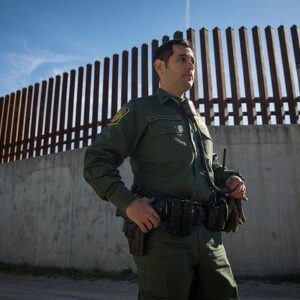 Immigration Control? Biden’s Against It

We’ve learned a lot about Joe Biden’s views on immigration control in the first year of his administration.

Look at the border. Fiscal Year 2021 saw nearly 1.7 million arrests by the Border Patrol at the Mexican border, the highest number ever recorded. During the first four months of that fiscal year (October through January), when Trump was still president, border arrests averaged about 71,000 a month (which is still too much). But the remaining eight months, under the Biden administration, saw the monthly average more than double to about 172,000.

And they’re not just coming from Mexico, or even the northern tier of Central America, anymore. In FY21, 22 percent were from farther afield, a share which has grown to 30 percent over the last two months.

Ask the migrants and they will freely tell you people are coming because they believe, correctly, that Biden is more likely to let them in. On his first day in office, the president suspended the most effective Trump response to border-jumping — a policy commonly known as Remain in Mexico. Under that program, illegal immigrants could no longer use phony asylum claims as a gambit to be released into the U.S. Instead, they had to wait across the border in Mexico until their hearing dates.

A federal court months ago ordered the administration to re-start Remain in Mexico rather than just continuing to release illegal aliens. It has only just begun to comply, but in the most limited and grudging manner, at only a few places along the border, with lots of exceptions, guaranteeing that it won’t do much good in slowing the flow.

This administration has also refused to enforce immigration laws inside the country. New information shows that during the first five months of this administration, deportations dropped 90 percent from the same period in the pre-pandemic year of 2019.

The ostensible reason for this was a change in priorities to focus on criminals instead of regular illegals. Of course, even under Trump, the vast majority of people who were deported were criminals. But Biden’s supposed new focus on criminals actually translated into fewer criminals being deported. Even the number of those convicted of serious crimes — murder, rape, aggravated assault, non-marijuana drug-dealing, etc. — was less than half what it was in 2020 and barely one-third of the 2019 level.

Not satisfied with letting in more illegal aliens and abandoning the deportation even of criminals, Biden has used formerly narrow legal powers — like immigration parole and Temporary Protected Status — to grant executive amnesty as widely as possible.

Though amnesty has gone nowhere in Congress, that hasn’t stopped the administration from punching a hole in the immigration limits set in law by granting work permits and Social Security numbers to around 1 million illegal aliens. What’s more, it has continued the DACA program, another of these executive amnesties, even after a federal judge ruled it illegal.

Why is all this happening? Many say the president’s party wants more voters, and corporations want more cheap, obedient labor. Both are true — but that’s not the real explanation.

Instead, the main driver of 2021’s immigration fiascos is that the Biden administration doesn’t really think the American people have the right to keep anyone out. If you come to the border, we are morally obligated to let you in, and if you’re already here, we are morally obligated to let you stay. It won’t always work out that way because exceptions have to be made for political expediency, but that is the baseline.

Until that “root cause” is addressed, little will change.

Mark Krikorian is executive director of the Center for Immigration Studies.