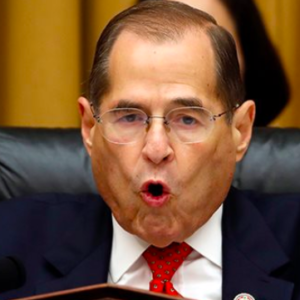 Impeachment Is Dumb Politics. Democrats Seem Determined To Do It Anyway

“The jury I’m most worried about–not the Senate because I think that’s a preordained conclusion–is the American people. Can we make the case to the American people? I want to make sure that’s true before we go down that path because it’s going to occupy a year of the nation’s time.”

Given the political realities of a GOP-controlled Senate and falling support for impeachment among moderate voters, Schiff’s concerns appear sound. So why do Democrats seem so determined to press ahead?

According to reports, pro-impeachment Democrats like House Judiciary chair Jerry Nadler (D-N.Y.) were counting on former special counsel Robert Mueller’s testimony last week to spark a surge in support from both members of Congress and the American people. “I still think the vast majority of the caucus is on a path to impeachment. This will probably clear the path for a number of them,” Rep. John Yarmuth (D-Ky.) told Politico in the days leading up to Mueller’s testimony.

Instead, Mueller’s unsteady performance and lack of command over the facts left even some impeachment backers shaken. And he failed to inspire support for the cause.

Most Americans opposed impeachment before Mueller’s testimony, and multiple polls showed public support for impeachment virtually unchanged afterward. And only a dozen or so House members endorsed impeachment after his testimony, leaving a solid majority of congressional Democrats still opposed. Even the 2020 Democratic presidential candidates are mostly silent on the topic.

But that didn’t stop New Hampshire’s two members of Congress, Democrats Annie Kuster and Chris Pappas, from endorsing an impeachment inquiry. Unlike their pro-impeachment colleagues in neighboring Massachusetts–where six of the nine members have endorsed the move– Kuster and Pappas represent districts that are, in theory at least, competitive. Trump came within 3,000 votes of winning New Hampshire in 2016, and Pappas’s seat has flipped between the two parties four times in the past five elections.

Washington State’s Rep. Kim Schrier is another Democrat from a district where Trump narrowly lost (48 to 45 percent) but who jumped on the impeachment bandwagon this weekend.

How is this smart politics for Democrats, particularly in swing districts?

It’s not, says Karlyn Bowman, a senior fellow at the American Enterprise Institute.

“Impeachment is not a winner with the public now. Americans made up their minds long ago about it. If anything, the polls show slightly greater sentiment against it than earlier in the year.”

“Impeachment has been a fringe issue among the general electorate,” Spencer Kimball of Emerson polling tells InsideSources. “Ask voters to name the issues most important to them, and only one or two percent of general election voters name impeachment.”

Which is why, as Bowman notes, “many of the Democrats supporting it are in safe, liberal districts where it won’t hurt them. And they may also believe the country is with them, though the polls don’t support that.”

So once again–why do it? In some ways, impeachment is beginning to resemble the GOP’s Tea-Party-backed government shutdowns in 2013 and 2018. The polling was overwhelmingly lousy and GOP leadership knew it. But the base demanded it, so the Republican Party gave it to them.

In the past, Republicans might have worked harder to evade this self-inflicted wound out of fear of alienating swing voters. But as the number of genuinely unaffiliated or “persuadable” voters shrinks, many politicians in both parties are calculating that it’s smarter to energize your base and work for maximum turnout rather than reach out to voters in the center. And with this strategy, the base must be appeased, even if what they want is counterproductive with the electorate at large.

“The support for impeachment is overwhelmingly from Democratic primary voters,” Spencer says. “A significant number say it is their most important issue.”

Not all Democrats agree. “Most Democrats are more animated by the racism, the policy differences and the behavior than they are by the possibility of impeachment,” said Mark Mellman, a longtime Democratic pollster told the New York Times.

And then there’s the calendar problem. Congress just began a six-week recess. When they get back, it will be time to vote on a budget and other time-sensitive issues. It’s almost certain that the impeachment effort will spill over into 2020–which would not be good for Speaker Pelosi’s party.

Americans who already oppose impeachment are likely to get even crankier if Democrats are holding impeachment hearings in Washington at the same time voters are casting ballots to pick Trump’s opponent in Iowa and New Hampshire. Once the election has started, what’s the point?

House Democratic leadership knows this, which is why they’ve been slow-walking the process. But if swing-district Democrats start joining the impeachment activists, they may be stuck with a Tea Party moment of their own.