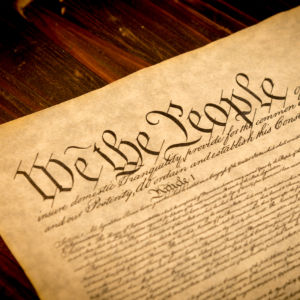 Impeachment Is Over; Now the Framers’ Vision Is in the Hands of the Voters

Now that the impeachment process has ended with a vacuous trial in the Senate, some are worried that President Trump may be tempted to resume his attempt to improperly tilt the 2020 presidential election to his benefit, as he did initially after being “exonerated” by the Mueller report from trying to do the same thing in the 2016 election.

Yet, honestly, many voters in the 2020 presidential race care less about impeachment than they do about “pocketbook issues,” such as the government ensuring that the economy runs well, that all those who want a job have one, that more people are covered by health care, or that more can afford to go to college.

Although the impeachment debate was consumed with whether the framers of the nation’s Constitution would have impeached and convicted the president, they certainly would have thought these national priorities were backward and simply nuts.

For starters, theirs was a federal government intended to be limited to the powers specifically enumerated in the Constitution — one that did not actively manage the economy (other than ensuring that individual states didn’t unduly restrict commerce) or ensure full employment; the market was supposed to determine the optimal level.

The idea that the government should interfere with the market to try to give everyone a job didn’t arise until Herbert Hoover’s administration in the late 1920s and early 1930s. Health care and education were supposed to be some of the many items that the powerful state governments would address — not the federal government.

The checks and balances system the framers designed had one major goal: to avoid tyranny. This issue, after all, was the major problem with government around the world at the time, and even today. The framers most feared tyranny of centralized power and thus wanted to diffuse such authority in the new system. Thus, they created a system in which a restricted federal government, given only specifically enumerated powers, would be constrained vertically by powerful state governments.

And at the federal level, they diffused power horizontally by creating three competing branches of government, with the congressional branch (in Article I of the Constitution) being given most of the enumerated powers of the central government. The executive was pretty much limited to domestically enforcing laws passed by Congress and executing congressionally initiated wars by merely commanding troops on the battlefield.

The Supreme Court was supposed to apply congressionally passed laws to specific cases, with its current judicial review of the constitutionality of such laws, a function that was left very cloudy by the framers. Therefore, the framers in the Constitution, as written, clearly intended the Congress to be the most dominant of the three branches, but the other two were designed to constrain the tyranny of a congressional majority.

Further constraining such a majority was the creation of two houses of Congress — with the House of Representatives elected by the people and the Senate appointed by the states (the Senate was not popularly elected until the early 20th century) — and a limited presidential veto of legislation that could be overridden by a congressional super majority.

And that brings us to impeachment. Although the Republicans are technically correct that the process does negate the results of an election, the framers put it in the Constitution as one further check against a possibly tyrannical executive. The impeachment process may be especially needed if an incumbent president is likely to try to unfairly tip the next election in his favor.

Given that the newly minted nation was surrounded by foreign powers, the framers were especially concerned about foreign meddling in U.S. elections. At the Constitutional Convention, George Mason noted that a president could be impeached if he attained the office by scurrilous means, and current U.S. laws prohibit any sort of foreign participation in American elections.

The framers were also very concerned about self-dealing politicians, because national policy would reflect their personal interest rather than the country’s best interest.

Over time, the fears of the framers have been realized. Executive tyranny is knocking at the door. President Trump did not cause this problem, but he has taken a presidency already bloated with power to a new, dangerous level by wantonly tossing aside systemic norms and stretching the constitutional order to its breaking point, including directly undermining the heart of the checks and balances system by throwing blanket obstruction over legitimate congressional oversight of the executive.

Ironically, the creators of the “imperial presidency” were Democrats, who enhanced the powers of the executive much past what the nation’s framers had intended, during crises of the 20th century that they had a great hand in causing. Yet presidents of both parties subsequently took advantage of bloated executive powers, especially after 9/11 during the George W. Bush and Barack Obama presidencies. Congress is also greatly at fault for the ballooning presidency by abdicating its leading role, as enshrined in the Constitution.

And now we stand at the chasm of tyranny. We have a president, with almost no knowledge of the framers’ vision of checks on excessive concentration of power, claiming he can do anything under the executive powers of Article II of the Constitution.

He may very well be further emboldened by his second “exoneration” in his recent impeachment trial. Yet another of the framers’ many checks has been severely eroded. Now it is up to the voters to decide if they still want the framers’ vision to have any remaining relevance in the United States.