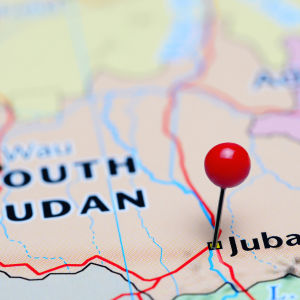 Under tremendous pressure from world leaders, including President Obama, leaders of the South Sudan government in August agreed to a peace deal with rebels as means of ending the nation’s burgeoning civil conflict. The hastily prepared peace deal was crafted by Africa’s Intergovernmental Authority on Development (IGAD). Not surprisingly, the results to date have been less than impressive, with the UN saying recently that the situation has actually worsened since the deal was struck. It’s another example that peace is not something so simply imposed from the outside.

Conflict broke out in 2013 when President Salva Kiir sacked his then-Vice President, Riek Machar. Machar now leads an opposition force that has fought the government for control of the nation’s oil rich regions. The international community is calling for both sides to commit to the peace agreement, which makes provisions for withdrawal of the army from the capital Juba, cessation of hostilities, and reinstatement of Machar as First Vice President – alongside the current Vice President – during a transitional period until elections are held.

Tales of horrific violence and the millions displaced from their homes fuel the desire to find a peaceful solution in the region. Sheer force of international will alone, however, is not enough to overcome substantive barriers to peace.

The lack of enthusiastic follow through is unsurprising, given the threats that were required to get the agreement signed in the first place. Driven by the Obama Administration’s desire to demonstrate action (and to salvage his legacy), international leaders took the short-sighted approach. Armed with threats of sanctions, the withdrawal of aid and support, and referrals to the International Criminal Court, they demanded the document be signed right away, and worried less about the quality of its content.

A study published by the Center for Freedom & Prosperity shortly before the agreement was signed warned that this approach lacked elements critical to success. Among other things, the preferences of outside forces were given too much attention, and the concerns of the conflicting parties too little. Both sides needed to have ownership over the document and its ultimate structure, instead of having a deal crafted by IGAD shoved down their throats at international gunpoint.

Worryingly, the agreement undermines the progression of democracy in a region where such institutions are incredibly fragile. President Kiir, a participant himself in achieving South Sudan’s independence, won a nation-wide election during the transition process. Putting Machar on virtually equal footing by restoring him to office – while granting the position effective veto powers by requiring his assent on legislation – undermines democracy and creates an incentive for obstructionism until elections are held.

For these reasons President Kiir indicated his reservations even as he signed the dotted line. While all parties deserve some measure of blame, including in the commission of atrocities, the international community must also accept its share for rushing the process if the fighting continues as it has since the agreement was signed.

The peace process in South Sudan has been pushed by Obama and other global leaders faster than the facts would warrant, reflecting a naïve belief in the power of paper agreements to redefine reality. Now, rather than reflecting on their failures, those same groups are threatening sanctions if reality post-agreement doesn’t soon meet their expectations. The unfortunate truth, however, is that the timeline for peace cannot be dictated by international pressure. It can only be achieved when both sides believe it to be in their best interest.