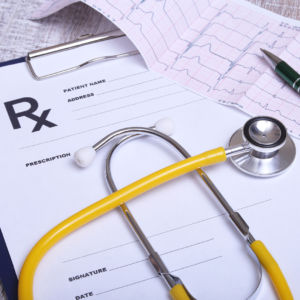 Improper Medicaid Payments Reach $36 Billion in Just One Year. Can the Program Be Fixed?

The social healthcare program Medicaid made $36 billion in improper payments this past year, according to a federal audit released Monday.

The Centers for Medicare and Medicaid Services (CMS) oversees the program in partnership with state agencies. Medicaid is a social healthcare program for families and individuals with limited means. The U.S. Government Accountability Office (GAO) found the program is hemorrhaging funds because of improper payments.

The program has been causing concern for over a decade, with the problems seemingly getting worse. The GAO has marked the program high-risk since 2003 due to its size, growth, and diversity. It notes the program must have better oversight, especially for state agencies that administer it.

“CMS’s continued reliance on inaccurate, incomplete, and untimely data, and the ongoing uncertainty about the scope and timing of its remedial actions, is inconsistent with federal internal control standards,” the audit said. “CMS must take immediate steps to ensure the appropriate use of scarce federal and state dollars.”

Medicaid is the largest source of healthcare funding for individuals and families with limited means. Medicaid had an estimated cost of $554.3 billion for fiscal year 2015. The federal government financed $347.5 billion of the program that year while states paid $206.8 billion.

Medicaid has grown significantly over the decades, making the chances of fraud and abuse increase. The Patient Protection and Affordable Care Act, commonly known as Obamacare, accelerated program growth by expanding eligibility. It now covers nearly a quarter of the national population.

“In 2015, the Medicaid program financed coverage for an estimated 68.9 million low-income and medically needy individuals,” the audit said. “In recent years, the federal-state program has undergone steady growth, particularly since the enactment in 2010 of the Patient Protection and Affordable Care Act.”

Medicaid is a means-tested program that aims to target the program to recipients that truly need help. Individuals or families can qualify for the program if they have a low-income level, medical problem, or a disability.