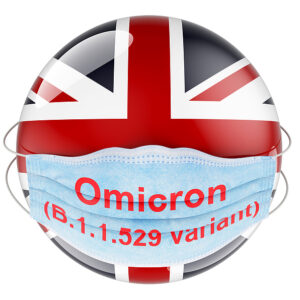 In Battle With COVID, Brits Once Again Stand Apart

LONDON — The Brits just don’t get the idea.

The contrast in responses may be hard for a foreign visitor to understand. The first lesson to remember is that England is one “nation” within the United Kingdom. The Scots and Welsh and Irish in Northern Ireland also claim nationhood. Got that? For sure, England is the dominant element, and London, in southeast England, is the kingdom’s capital. The UK is an agglomeration — “confederation” might not be the right word – formed in times of raging strife going back centuries.

You wonder, considering the differing responses to COVID, if the United Kingdom might someday fly apart. The Scots narrowly voted to stay in the UK, and the Welsh have been tempted to go their own way. Northern Ireland’s status within the UK has survived bitter civil war. The Irish Republican Army, often divided, fought British rule for decades. Loyalty has much to do with religion. IRA members rebelled as Catholics against Protestants. Their dream was unity with the rest of Ireland, the Irish Republic. Overwhelmingly Catholic, Ireland won its freedom as a nation truly independent from the United Kingdom in decades of often bloody conflict in the early years of the last century.

The response to COVID in England is quite different from that in Korea or Japan. Koreans may be divided sharply as they enter an election year in which voters get to choose between candidates identified as leaning right or left, conservative or liberal. The left-leaning government of President Moon Jae-in faces a challenge. Lee Jae-myung, the candidate of the ruling Minjoo or Democratic Party, is seen as socialist and soft on North Korea while Yoon Suk-yeol, running under the banner of the conservative People Power Party, insists on denuclearization as a condition for a deal with the North.

Regardless of politics, you don’t see Koreans flouting the rules on masking and social distancing and registering their phone numbers in restaurants and bars. Bus drivers more than once have reminded me to cover my nose and mouth when my mask seemed to have slipped. Coffee shops and bars have been strict in closing on the hour ordered by the government.

That kind of self-discipline isn’t working in England. Once out of the airport, freedom reigns among people who sometimes seem proud not to have yielded to suggestions to wear masks, much less to get vaccinated. You wonder how or whether the United Kingdom, made up of four separate “nations,” could respond in time of national crisis in which unity and self-discipline against foreign foes were urgently needed.

But hang on. Wasn’t that what Brexit was all about? The English remain divided on whether Britain’s exit from the European Union was such a good idea. Some Brits are unabashedly proud about Britain’s own declaration of independence. Having fought off the Germans in World War II and the French and Spanish in centuries past, many see Britain as truly separate from Europe.

The reality is that Britain isn’t quite a full-fledged European nation. Britain, say the English, must remain aloof from the dictates of European politicians and bureaucrats.

Outside England, other views prevail. Having made their own rules on controlling the pandemic, the Scots believe they should conduct business as usual with the EU and forget Brexit. In Northern Ireland, the problem is more complicated. Since the Irish Republic remains in the EU, goods and people from EU countries can enter Ireland freely. Then they cross the porous border into Northern Ireland and the UK.

Now the English are embroiled in controversy over whether to tighten the rules for New Year’s Eve. The crowds won’t be gathering on Trafalgar Square in huge numbers, but Boris and his pals should find a way to celebrate. Johnson, wavering and unsure what to do about COVID, created a media firestorm not long ago when photographed in close quarters at a party at which everyone was maskless.

In the battle against the pandemic, the English are independent not only from Europe, but from the rest of their own United Kingdom.