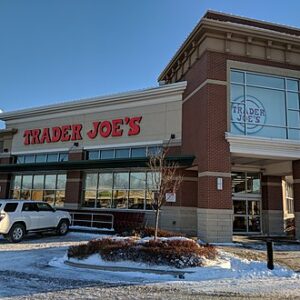 Actually, I’m on the side of Trader Joe’s.

A day after President Joe Biden’s divisive, hate-filled demagoguery about federal voting laws in Georgia, the U.S. Department of Labor released its final inflation report for 2021: Prices soared by seven percent — the fastest rate for American workers since 1982. Given that inflation last December was at 1.4 percent, it’s the biggest year-to-year jump since 1946.

Some might call that an emergency, maybe even a crisis. Not Biden and the Democrats.

After a year of telling Americans there was no inflation problem (“There’s nobody suggesting there’s unchecked inflation on the way — no serious economist.” — Joe Biden, July 19), the Biden administration still isn’t acting like it’s a big deal. Where’s Joe Biden’s big “Old Man Yells at Cloud” speech on inflation?

Other than embarrassing stunts like blaming the 25 percent surge in the cost of beef on “Big Meat” and telling the Federal Trade Commission to pretend to investigate it, Biden and his allies in Congress rarely mention one of the problems most often mentioned by working families.

The same with COVID-19. This week America hit the “one million cases in a day” mark, and news broke that hundreds of millions of dollars set aside for COVID tests and other materials were skimmed off to deal with illegal immigrants at the southern border. And still, the Biden administration’s message is straight from Kevin Bacon in Animal House: “Stay calm! All is well!”

An exaggeration? Consider this exchange from Tuesday:

REPORTER: “Are you concerned overall about the progress on the pandemic right now?”

How many Americans think the government’s handling of COVID-19 is “on the right track?” About the same number who approve of Biden’s handling of his job: Not many.

A gasp-inducing number from the new Quinnipiac poll released Wednesday: Biden’s approval rating is a dismal 33 percent. Among independents, it’s down to 25 percent. No wonder left-leaning political pundit Stu Rothman wrote this week about the possibility of a red wave in the U.S. Senate in 2024.

Quinnipiac found nearly half (49 percent) of Americans believe Biden is doing more to divide the country while 42 percent say he’s doing more to unite it — a sign that half of America must have seen Biden’s speech in Georgia.

Setting aside the specifics of the legislation (the Democrats aren’t talking about them, so why should anyone else?), do Biden supporters agree with him that, if you don’t support federally-mandated restrictions o requiring voter ID, you’re a racist, Bull Connor redneck?

Sen. Mitch McConnell is right: “The president’s rant yesterday was incoherent, incorrect, and beneath his office,” McConnell said from the Senate floor. “Yesterday, with the world’s largest megaphone, he invoked the literal Civil War and said we are on the doorstep of autocracy. Talked about domestic enemies. Rhetoric unbecoming of a president of the United States.”

Biden defenders might say that Biden’s no worse than President Donald Trump, and they’d got a point. But he’s also no better. And that’s Biden’s problem. America didn’t take a chance on this elderly, uninspiring re-tread politician because they wanted a loudmouthed crank who spews false, racially-tinged conspiracy theories. We already had that covered.

America voted for Biden to handle COVID and not be Trump. As of today, he’s 0 for 2.

And why is Biden even talking about voting? Nobody in America who is legally entitled to vote in 2020 was unable to. Nobody.

People know the “democracy’s in danger!” claim is bogus because every two years they go to their local school or town hall and cast their votes. They’ve seen for themselves how easy voting is.

Meanwhile, Biden and Co. are not talking about inflation, which Americans also see as a real problem every time they go to Trader Joe’s or the gas station.

Why are Democrats doing this? It’s not like there aren’t plenty of crises to talk about: Millions of unfilled jobs, record numbers of illegal immigrants, rampant violent crime, store shelves that look like photos ops from the former Soviet Union. Why don’t the Democrats lay out their plans for fixing these real problems instead of insulting voters as “racists’ while trying to invent problems that don’t exist?

Nearly 70 percent of Americans say they believe the country is on the wrong track. Nearly zero percent say that’s because of rules over late ballots or the gerrymander debate.

Americans aren’t on the side of Bull Connor or Jefferson Davis. They barely recognize the names. They’re too busy trying to stretch their food budget during their weekly Trader Joe’s run.

That’s why they’re not on Joe Biden’s side, either.