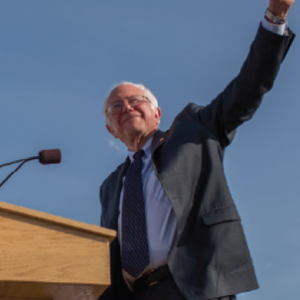 In Early States, Oddsmakers Put Their Bets on Bernie

Winning both Iowa and New Hampshire doesn’t guarantee the nomination, but every major-party candidate who’s done it has gone on to become their party’s pick for president. And right now, those odds look very good for Sen. Bernie Sanders.

According to Oddschecker.com, a British-based betting site, oddsmakers have picked Sanders as the favorite in three of the first four contests: Iowa, New Hampshire, and Nevada. South Carolina is the one state where Bernie’s in the back of the pack. Sanders odds are particularly strong in New Hampshire where, according to the website, the state “looks almost certain to go to Sanders as his current price of -175 is indicative of a 63.60% chance.”

Betting on political contests is both legal and common in Britain, where they closely following American politics. The oddsmakers give Sanders a better shot than the current polling averages from RealClearPolitics and FiveThirtyEight, but they aren’t far off.

In Iowa, the RCP average has Sanders at 17 percent, about four points behind Joe Biden. FiveThirtyEight’s forecast gives Biden a 36 percent chance of winning, with Sanders in second with a 22 percent shot.

In New Hampshire, Sanders has a narrow one-point lead over Biden in the RCP average and is essentially tied in the FiveThirtyEight projections.

This is a significant shift from how bettors viewed the race just a few months ago when they were wagering on Sen. Elizabeth Warren.

Oddschecker spokesperson Pete Watt told NHJournal, “Just six weeks ago, Elizabeth Warren was a clear favorite among oddsmakers and bettors alike in New Hampshire, with an implied percentage chance of 61.90% from odds of -162. However, a swift fall from grace has seen her fall to fourth behind Pete Buttigieg, who has also seen his odds lengthen in recent weeks.

“Sanders’ trajectory couldn’t be more diametrically opposed after his price rocketed to 63.60%, comfortably clear of Joe Biden who is the only other candidate to see his chances really improve since the turn of the year.”

Research indicates that betting markets are often more accurate at forecasting than polls.

Polling and betting averages are an example of “the wisdom of crowds,” but the informed elites seem to think Bernie’s fortunes are on the rise as well. Hillary Clinton, who still harbors resentments over the 2016 election, called Bernie out in a recent interview, claiming “nobody likes him.” In New Hampshire, former Democratic state party chair (and high-profile 2016 Hillary supporter) Kathy Sullivan endorsed Elizabeth Warren this week, after writing an op-ed critical of Sanders.

How worried should the Democratic establishment be?

As New York Times’ polling analyst Nate Cohn says of Sanders: “He’s gaining, and he has some considerable advantages he lacked in 2016.”