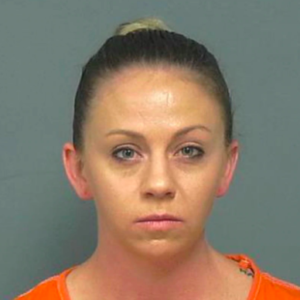 In Guyger Case, Remember: Justice Is a Process, Not a Desired Outcome

On September 6, 2018, Amber Guyger entered Botham Jean’s fourth-floor Dallas apartment mistakenly believing it was hers, which was one floor below.  Last Friday (Sept. 27, 2019), a little more than a year later, Guyger testified at her trial on murder charges that she thought Jean was burglarizing her apartment.  According to Guyger, she pulled and aimed a handgun at Jean and yelled at him to show his hands.  She testified that she feared for her life when Jean advanced so she fatally shot him in self-defense.

At the time of the shooting, Guyger was an off-duty Dallas police officer in uniform and armed, returning home after a long workday. Guyger is a white, 5 foot 3 inch, 130-pound woman.  Jean was unarmed and eating ice cream in his living room. Jean was a 6 foot 1 inch, 247-pound African-American man.

With emotions and tensions high, and the case heading to jury deliberations, it behooves the community — in Dallas and around the country — to be prepared for the trial’s conclusion. There are a range of possible outcomes, including that the jury may find Guyger guilty, not guilty, or be unable to reach a verdict.

The outcome will inevitably disappoint some and satisfy others.  Our attitude towards a given outcome in large part depends on what we think we know about the case as few of us have observed the entire trial thus far. We should recognize that thinking or suspecting someone is guilty is not the same as proving that guilt beyond a reasonable doubt in a court of law.

We are all free to think whatever we like about the outcome. What we should guard against is the flawed notion that only our desired outcome equates to justice.  Such an attitude dangerously misunderstands the criminal justice system and unfairly and inappropriately disparages the members of the community who served on the jury.

As the late Supreme Court Justice Antonin Scalia once wrote, the “result is validated by the process and not the process by the result.”  Here of course, the process is a criminal trial by jury. Members of the local Dallas community have been performing one of the most important civic duties of our democratic society – serving on a jury.

Jurors decide what weight to place on admitted evidence and they assess the credibility of testifying witnesses.  Ultimately jurors are asked to decide whether the State has proven the elements of the charge(s) brought against the defendant beyond a reasonable doubt. And jurors do all that pursuant to a sworn oath. Last Monday (Sept. 23, 2019) at the start of the trial, all the jurors in the Amber Guyger case swore or affirmed that they “will a true verdict render according to the law and the evidence, so help you God.”

Juries act as a safeguard on the power of the State to punish or not to punish its citizens. Our criminal justice system is designed to make it hard for the State to prove guilt beyond a reasonable doubt and rebut the presumption of innocence.

According to her attorney, when Guyger shot Jean she was acting in self-defense because she believed he posed an imminent threat based in part on her mistaken belief that he was in her apartment.  Because Guyger has introduced sufficient evidence to raise self-defense as an issue, the burden is back on the prosecution to disprove that claim beyond a reasonable doubt.

It seems likely that the case will, in large part, depend on how the jury assesses Guyger’s mistaken belief that Jean posed an imminent threat.  To be clear, Jean, unarmed, did not pose a threat while getting up from eating ice cream in his own apartment. Guyger’s claim is that she believed Jean posed an imminent threat, and that while that belief was tragically mistaken, it was not unreasonable. We should recognize that the law exonerates based on self-defense even when the belief that lethal force was necessary was wrong, so long as that mistake is considered objectively reasonable.

Ultimately it will be up to the jury to assess the reasonableness of her mistaken belief that Botham Jean posed an imminent threat. The jury, having spent the entire trial listening and assessing, will be instructed on the law by the judge. Applying their different life experiences and perspectives, the jurors will deliberate in order to render a true verdict according to law and evidence. The jury in the Guyger case will have an arduous task, one undertaken on behalf of the community.

Whatever happens, we don’t have to agree. But it’s important that we respect the outcome. Criminal justice is a process, not a certain result.

Chris Jenks is an associate professor of law at Southern Methodist University’s Dedman School of Law. He previously served in the U.S. Army, first as an infantry officer and then as a judge advocate. He wrote this for InsideSources.com.