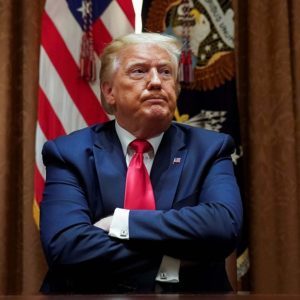 In His Final Act as President, Trump Pays His Debts with Pardons

Late Tuesday night, with only hours left in office, President Trump granted 73 pardons, including most notably one for his former chief strategist Steve Bannon, and commuted the sentence of 70 others. In doing so, Trump continued his practice of using the presidential pardon as a form of currency to reward unscrupulous backers who have supported him.

Presidential pardons are meant to provide checks and balances to the judiciary system and offer second chances to reformed offenders. In the Federalist Papers, Alexander Hamilton wrote in No. 74, “without an easy access to exceptions in favor of unfortunate guilt, justice would wear a countenance too sanguinary and cruel.” Instead of wielding his pardon power as tool for justice and clemency, Trump used it as a form of payment to those who have helped him further his aims, rewarding those who have broken laws to assist him.

Bannon defrauded Trump’s own supporters in his fundraising scheme to “build the wall” along the border with Mexico. Prosecutors alleged that although donors were repeatedly reassured 100 percent of the $20 million in pledges would be used to build the wall, with no administration fees, “hundreds of thousands of dollars were siphoned out” of the nonprofit for personal use by Bannon, among others. Bannon managed to reingratiate himself with Trump, however, by purportedly being involved in obtaining Hunter Biden’s incriminating hard drive. Demonstrating loyalty to Trump, Bannon publicly attacked Hunter Biden and used to his podcast to propagate Trump’s baseless claims of election fraud. In so doing, he “earned” his pardon.

When Michael Flynn, Roger Stone and Paul Manafort became involved in the Mueller investigation, Trump repeatedly indicated pardons could be available to them if they did not incriminate him. Trump’s lawyers allegedly offered this deal behind the scenes in a brazen and dubious maneuver.

Mueller’s report, which mentions presidential pardons 64 times, states “the evidence supports the inference that the President intended Manafort to believe that he could receive a pardon, which would make cooperation with the government as a means of obtaining a lesser sentence unnecessary.” Despite having proof of Trump’s blatant obstruction justice, Trump was never formally indicted. It is worth noting, however, that Flynn, Manafort and Stone, all of whom cooperated with Trump’s aides, were granted full pardons, whereas Michael Cohen and Rick Gates were not.

George Papadopoulos and Alex van der Zwaan, both sentenced in the special counsel’s Russia inquiry, were previously pardoned in the pre-Christmas pardon blitz, no doubt also for “having Trump’s back.” When Trump pardoned four Blackwater guards for needlessly massacring 14 Iraqi civilians and injuring 17, including children, he made it known that black and brown lives, and especially those from distant arid lands, were expendable, whereas the support of Erik Prince, Blackwater’s founder, was not.

The New York Times reported Trump’s former lawyer, John Dowd, “marketed himself to convicted felons as someone who could secure pardons because of his close relationship with the president, accepting tens of thousands of dollars from a wealthy felon.” Brett Tolman and Rudy Giuliani have also collected large sums of money on promises to secure pardons for convicts.

Is this pay for pardons market not in itself a corruption scheme and a crime? The evidence is abundant and documented. Since Trump cannot pardon himself without admitting the crimes for which he is pardoned, it is incumbent upon the judiciary to stop this dangerous precedent of bribery and corruption. Failure to do so would irrevocably damage our ideal of “justice for all” and sully our highest and most sacred office.