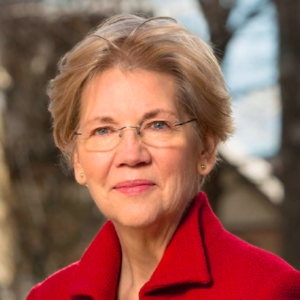 In Latest Head-to-Head Match-Ups Among Dems, The Edge Goes To…Warren?

A new ScottRasmussen.com national poll asked potential Democratic primary voters to pick a winner in a series of head-to-head match-ups. And while the results were close among the best-known candidates, the one name that consistently came out on top?

“We asked who Democratic voters and Democratic-leaning Independents would prefer if the race came down to just two candidates. All the match-ups we tested are in the toss-up category,” Scott Rasmussen said.  These are the results:

“Essentially, all of these match-ups are toss-ups with large numbers of undecided voters,” Rasmussen tells NHJournal.  “The numbers suggest that Biden’s status as frontrunner is soft. If he stumbles in debates or in Iowa, this race will be wide open.”

Rasmussen is also quick to point out these numbers are extremely fluid so early in the campaign. “It wasn’t that many years ago that Hillary Clinton had a huge polling advantage over a field that included Barack Obama,” Rasmussen notes.
In fact, a Gallup Election Review published on October 23, 2007, reported: “[Hillary] Clinton has led the Democratic pack in every Gallup Poll conducted between November 2006 and October 2007. For most of this time, Clinton has led Obama by a double-digit margin.

Rasmussen’s analysis is that, as of now, the 2020 Democratic primary is essentially a four-way race:  Biden, Harris, Sanders and Warren.

“When you add up the first, second, and third choices for Democratic voters and Democratic-leaning independents, Biden makes the top three for 66%. Fifty-one percent (51%) put Sanders in that category. Senator Elizabeth Warren is a top three pick for 33% while Senator Kamala Harris is selected by 29%. Nobody else reaches 20%,” Rasmussen wrote earlier this month.

Rasmussen’s theory is supported by the latest polling of New Hampshire Democrats. A Tel Opinion poll released this week had Rasmussen’s final four, but with Mayor Pete Buttigieg tied with Sen. Harris for the fourth slot. 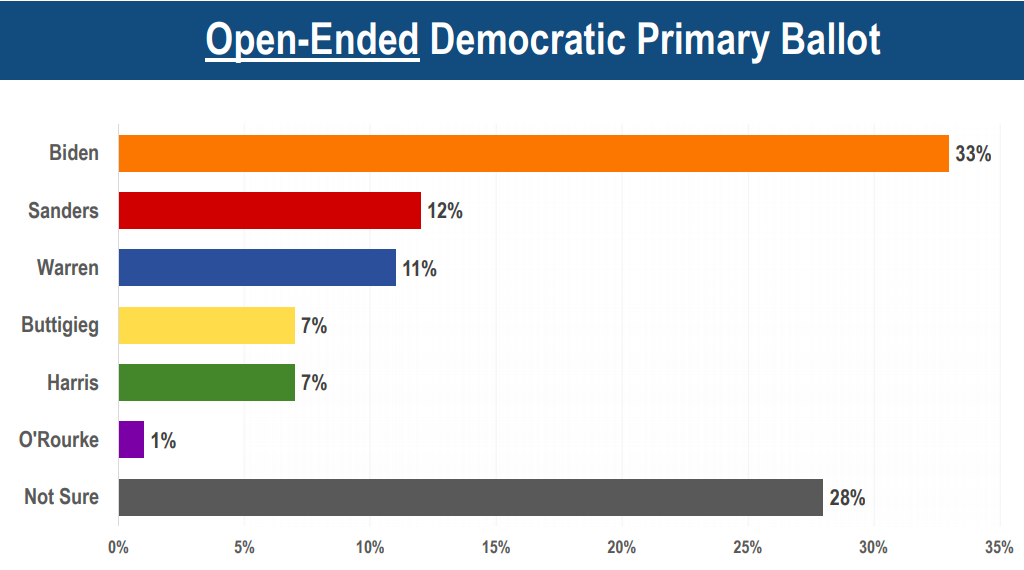 Interestingly, Tel Opinion polling of New Hampshire voters also gives Warren an edge over Bernie Sanders–but both are getting walloped by Joe Biden. The former vice president leads Warren 58-29 percent and Sanders 66-22 percent.  Biden’s consistent lead in New Hampshire is particularly problematic for Sanders, who defeated Clinton there in 2016.

It may also explain a new report from The Hill that the Sanders camp is banking on a win in Iowa.

“I fully anticipate he’ll win Iowa, having been on the ground there. And I think he’s going to do very well in New Hampshire and then there will be a fight between him and probably Warren and Biden,” said campaign co-chairman Rep. Ro Khanna (D-Calif.)  “I’d be very surprised if he doesn’t win Iowa.”