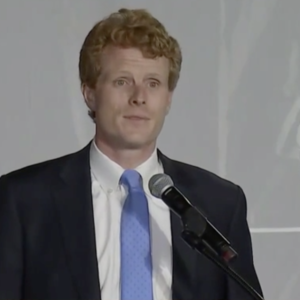 BOSTON– Americans beyond the borders of Red Sox Nation were probably surprised to hear that Rep. Joe Kennedy III — or any Kennedy, for that matter — lost a Democratic primary in his home state of Massachusetts. But they might be even more surprised by who won:

Yes, Sen. Ed Markey was the Democrat selected for another six-year-term in Washington, DC (he faces only token GOP opposition in November), but the victory that will be felt in future Democratic primaries across the country was won by AOC: Over the Democratic establishment, over voices for a more centrist Democratic primary and, perhaps the sweetest victory of all, over her intra-party nemesis, Speaker Nancy Pelosi.

President Trump’s analysis, though over the top, was endorsed by progressive groups who backed Markey’s campaign.

“Sen. Ed Markey’s win in this race was the perfect capstone to a 2020 primary season packed with transformative progressive victories that underscore the simple fact that progressive voters and leaders are and will continue to be the future of the Democratic Party in the years ahead,” Yvette Simpson, CEO of the far-left group Democracy for America said.

The progressive Sunrise Movement also took credit for Kennedy’s defeat. “The movement rallied behind Markey over the last month to make hundreds of thousands of calls to voters, flood social media, and drop banners to push back against the superficial power of Kennedy family money and fame to reelect our Green New Dealmaker,” they wrote in a post-victory fundraising appeal.

Not all Democrats, particularly in Massachusetts, agree.

“Markey was just a better candidate than people gave him credit for,” Mara Dolan, a Massachusetts-based Democratic strategist who has advised the Markey campaign, told InsideSources. “I’ve seen him on the stump. He’s fantastic and the crowds love him.”

And Kennedy’s campaign was far from perfect. Kennedy and Markey have virtually identical policy positions and the young challenger was unable to explain to Democratic primary voters why they should make a change.

Kennedy’s campaign also committed gaffes that fed the sense their candidate was taking the race for granted. They launched an attack ad on Markey for failing to campaign in towns that had been wiped off the map by the construction of a reservoir in the 1940s. They ran a full-page ad in the Worcester Telegram asking for support in “Worchester,” a sore spot in a town whose name is frequently mangled by outsiders. (It’s pronounced “Wooster.”)

“What I see is the advantage of incumbency,” DC-based Democratic strategist Joel Payne told InsideSources. “Neal won his primary and he is ideologically opposed to Ed Markey on many issues. The ‘AOC-versus-the-mainstream’ narrative is a little overplayed, in my opinion.”

All that may be true. But there’s one big difference between Markey’s challenger and the rest of the field: They weren’t named “Kennedy.” In Massachusetts.

As Lowell (Mass.) Sun Executive Editor Tom Shattuck writes: “The Kennedy name is still gold in Massachusetts. Unfortunately for Joe Kennedy III, in 2020 that gold has devalued politically. The only currency with real value is ‘wokeness,’ and Ed Markey astutely chose to latch on to the marquee stars of that movement.”

Markey didn’t suddenly embrace progressivism in response to the Kennedy challenge. According to the rankings by Progressive Punch, Markey has the highest lifetime progressive rating of any current U.S. Senator, even to the left of Sens. Bernie Sanders and Elizabeth Warren (she’s a close second.) In other words, Markey didn’t run to the progressives. Progressives ran to rally around Markey, and they won a ten-point victory over the Kennedys of Camelot along the way.

Plus, Pelosi’s decision to publicly endorse Kennedy late in the race raised the stakes. The same Pelosi whose leadership team threatened to punish campaign vendors working for Democratic primary challengers, suddenly backs a challenger’s campaign against a progressive incumbent? That was bound to get the left’s attention.

“No one gets to complain about primary challenges again,” Ocasio-Cortez tweeted when the Pelosi news broke. And as political analyst Amber Phillips wrote in the Washington Post Wednesday, “She’s probably right.”

From AOC’s upset win over a 20-year incumbent, to similar wins by Rep. Ayanna Pressley in Massachusetts and Cori Bush in Missouri, Democrats from coast to coast are getting the message: If they stray too far from progressive policies like the Green New Deal or Medicare For All, they could face a serious challenge from the progressive wing of their party.

As a result, Dolan notes, the real impact of Markey’s race will be, not on challengers, but on incumbents themselves.

“Kennedy supported the Green New Deal, but he didn’t create it. Ed Markey and AOC did. Any Democrat running who does not lead on climate change and stand up to the fossil fuel industry has a lot to fear from the progressive movement. They will be challenged, and it will hurt.

Progressives now have a powerful message. “We can beat a Kennedy in Massachusetts. Imagine what we can do to you.”