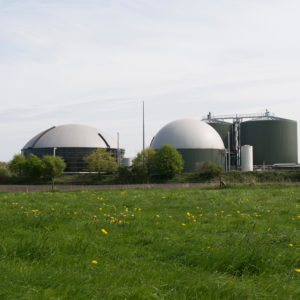 For the past decade, Americans have largely enjoyed lower electricity prices thanks to the development of domestic shale oil fields, which produce a steady supply of cheap natural gas. Fracking has largely removed the economic incentive for alternative energy sources of methane, which produce the same product (natural gas), but at a much higher price. This makes it all the stranger that Minnesota’s largest utility, CenterPoint Energy, has just submitted a plan to state regulators proposing to offer customers the choice of purchasing renewable natural gas–but at a much higher rate.

According to the plan CenterPoint Energy filed with the Minnesota Public Utility Commission (PUC), customers who opt in to the program would receive renewable natural gas for approximately $4 more per therm. This is a significant increase over present natural gas rates, which are currently below $0.80 per therm. The exact terms of the deal are unclear, both because the utility has not yet been able to calculate the price of biomethane, and because part of the deal is structured to allow customers to decide how much extra they would like to pay each month.

Renewable natural gas, or biomethane, is produced by the natural breaking down of sewage, manure, and other types of household and industrial waste. Although chemically identical to conventional methane, it is considered a renewable, though not a green fuel. At present, much of the methane produced by these natural processes is wasted, since natural gas prices are too low to justify saving it.

“In many cases, the methane emitted from these waste sources is not put to any useful purpose,” said Nick Mark, manager of Conservation and Renewable Energy Policy for CenterPoint Energy, in a statement.

“When it is collected, processed and used as a fuel, it can reduce waste and meet customers’ energy needs while reducing greenhouse gas emissions,” he continued.

The extra costs would allow the utility to source biomethane from national suppliers, and to integrate it into the preexisting gas network.

It is the first “green tariff” program for biomethane. The company compares the subsidy framework to the early days of renewable electricity, explaining that voluntary green tariffs at that point helped the industry get its footing in order to be more competitive later on. They stress that the program is opt-in and responds to consumer demand for more green energy options.

“We’ve heard from our customers that they want to have options for how they get their energy and that many of them are interested in using more renewable energy,” Mark added. “I’m excited to roll out this innovative program for Minnesota customers interested in supporting renewable forms of energy.”

Even after paying the higher rates, customers cannot be assured that the natural gas heating their home or cooking their dinner came from renewable sources. As with the power grid, where electricity from various generation methods all flows together, methane from many different sources is combined during distribution.

This is why many environmentalists are skeptical about the overall benefit of Centerpoint Energy’s program. They point out that, regardless of its source, methane remains a potent greenhouse gas and burning it releases carbon dioxide into the atmosphere.

Customers opting out of the program will see a negligible increase of less than $1 annually on their bills.

The PUC will need to grant approval before the final rate can be set.