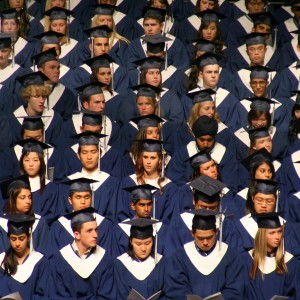 In Need of Remediation: How Conservatives and Liberals Are Confused about Investment in Education

Last week, President Obama announced that he would like to provide “free” community college as a federal entitlement. As usual, when Obama says something is “free” he means that taxpayers will foot the bill. In this case, that’s $60 billion from the federal government plus another $20 billion from the states over the next 10 years.

If the President had parsed his words more carefully, he may have instead referred to this $80 billion not as “free” but as an “investment.” Over the long term, he could argue, the country benefits from a skilled workforce, and in theory, that could expand the tax base and pay back taxpayers for the upfront costs.

That’s not the case here. In fact, this is a terrible investment.

To understand why this is the case, it’s important to examine trends in education and the failure of high schools to prepare students for college.

The rapid increase of remedial education has policymakers and educators worried. Fifteen years ago, during the 1999-2000 school year, there were 1.04 million undergraduate college students enrolled in at least one remedial (high school-level) course. By 2011-2012, this number had nearly tripled to 2.70 million.

And we’re pumping more taxpayer money into funding remedial education. In 1990-2000, $0.96 billion in Pell grants (federally-funded, need-based assistance) was given to students enrolled in remedial education. That number has ballooned to $4.6 billion (both figures in 2014 dollars). These numbers do not include taxpayer money that subsidizes schools from state coffers.

In other words, community colleges often tend to welcome more students in need of remediation, but they largely fail at helping them.

Richard Vedder, a leading critic of the American higher education system and director of the Center for College Affordability and Productivity, stated in an interview with InsideSources that community colleges are not equipped to help most students in need of remedial education. “If past experience is any guide, the new students will be ill-prepared,” so the end result is further burdening a poorly-prepared system with more poorly-prepared students.

Already private non-profit and private for-profit two-year, degree-granting programs have graduation rates triple those of community colleges, according to the National Center for Education Statistics. Why? Arguably, in the free market money flows to institutions with better track records.

“It’s outrageous that the Obama plan is just for community college,” says Vedder. The Administration has “engaged in a war with for-profit institutions,” which have shown they can be more effective. Vedder points to the “gainful employment” rule, which would take away federal student aid from many for-profit schools while declining to hold community colleges and non-profits to the same standards.

Overall, what’s clear from the data is that the American education system is failing. Students are graduating high school unprepared for college. And they are leaving college without graduating because colleges are not intended to help students learn what they missed in high school. The Obama plan makes this problem worse.

But the data not only shows why Obama is misguided, it shows the current system is broken. Too many students are graduating high school without a basic understanding of key concepts. Many of these students want to attend college, but once they start, they’re put into remedial programs that few students escape. We cannot rely on community colleges to be an extra two years of high school. That’s not their intent, and they don’t have staff specialized to help students most in need of help.

From a policy perspective, conservatives and liberals can likely agree we would be better off making sure students graduate high school equipped to meet certain college- and career-ready standards. This would save billions of dollars from taxpayer-subsidized remedial college education, and it would save even more for students, parents, and companies that pay for remedial courses. These standards would need to be formed by states coming together nationally so that students wishing to attend schools or go to work in other states wouldn’t find they are behind with the other state’s standards. But control would need to be local so that state and local school boards could determine how to reach those standards.

Common Core would actually pay dividends. And its cost, unlike Obama’s plan, is minimal. The conservative Thomas B. Fordham Institute, which supports Common Core, found that balanced implementation at the state level would cost states approximately $109-$189 per pupil in additional costs, and this is relative to an average per-pupil expenditure of $10,499 under current standards.

The study projects costs across all states to total $1.2 billion, which is a fraction of the annual amount taxpayers already spend funding remedial college education.

So taxpayers save billions. Students graduate prepared to attend college or go to work in any state in the country. And control remains local with communities deciding how the curriculum is implemented.

This is the conservative, economically-efficient, and more effective alternative to Obama’s community college plan. Unfortunately, some conservatives have relentlessly attacked the idea out of an irrational disgust that even President Obama realizes Common Core is a good idea.

But perhaps conservatives should take a hard look at the alternative offered by President Obama—a massive, new entitlement that pumps endless taxpayer dollars into a system that has already proven itself ineffective.