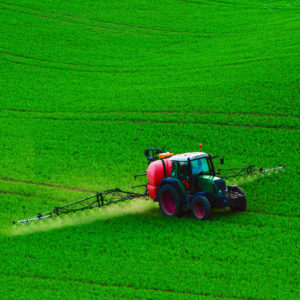 In Praise of Industrial Agriculture

I don’t often praise The New York Times, but this is a rare instance when I think I must. On September 23, the Times published an article by Jayson Lusk, an Oklahoma State University agricultural economist, that argued what I have asserted for many years: If humans are to survive and thrive, we need to expand the use of modern industrial agriculture.

Nostalgia about declining boutique, small, organic farms is misplaced. Such farms just won’t do if we want to feed Earth’s still-growing population—especially if we want people in developing countries to eat diets similar in nutrition to those enjoyed by the health-conscious in developed countries.

Thanks largely to the drive and agricultural innovations of one man, the late American biologist Norman Borlaug, we currently grow enough food to feed the world’s 7.5 billion people. Borlaug is often referred to as “the father of the green revolution.” His development of high-yield, disease-resistant varieties of wheat, combined with the introduction of modern agriculture—which includes using high inputs of fertilizers and insecticides—resulted in the prevention of up to one billion premature deaths. Also, countries that had previously been net food importers became net exporters.

Modern agriculture, as pioneered and promoted by Borlaug, is responsible for the greatest decline in starvation, malnutrition, and hunger in human history, and his contributions led to Borlaug becoming one of only seven people to have won the Nobel Peace Prize, the Presidential Medal of Freedom and the Congressional Gold Medal.

There are 800 million people malnourished around the world today, and it’s not because there is a lack of food; the real causes are political failure, war, spoilage and waste, and the limits of current food distribution systems. Although population growth rates are steadily declining, the United Nations estimates the world’s population will top nine billion people by 2050 and possibly 11.2 billion people by 2100.

Feeding Earth’s growing population will require industrial agriculture on steroids, with large farms producing 300 percent more food by 2050 and 500 percent more by 2100. Substantially expanding the amount of land under active cultivation, even if all land were equally capable of being used as crop land—it isn’t—and massive new sources of water for crop production could be found, would be a disaster for wildlife and native plants. The reason for this is the lands most likely to be converted to agriculture are forests, rangelands, and other wildlands.

The most efficient, effective, and environmentally friendly strategy to feed growing populations is to farm land currently under cultivation more intensively by applying the best technologies, including high inputs of pesticides, fertilizers, and broader use of genetically modified crops.

The Times’ Lusk writes large farmers “are among the most progressive, technologically savvy growers on the planet. Their technology has helped make them far gentler on the environment than at any time in history.” As a result, although industrial farms make up less than 8 percent of all farms in the United States, they are responsible for more 80 percent of all food production.

Innovative industrial farms have increased production, in part, by using new seed varieties, often genetically engineered, that are disease resistant, which means they require fewer applications of insecticides and fungicides and use less fuel and water.

Size matters, as only large farms can afford high-tech GPS-guided tractors that allow farmers to scatter myriad seed varieties to disparate locations within their fields, dramatically increasing yield per acre of land under cultivation. In addition, many modern farmers use drones to monitor crops and have installed anaerobic digesters to turn manure and livestock gas into electricity.

The results of these and other agricultural innovations are nothing less than astounding. As Lusk documents, a single industrial lettuce farmer today can manage fields of lettuce the size of 1,373 football fields. For other crops, the numbers are equally amazing. Large, industrial farmers of tomatoes manage 620 football of fields of their crop. Modern wheat growers can manage 688 football fields of wheat, and farmers growing corn can manage 453 football fields worth of their crop. Even hundreds of small farms that rely on small tractors, organic fertilizers, and pulling weeds by hand can’t match this output.

Because of these incredible innovations, U.S. farmers have doubled production since 1970 on 16 percent less land, while simultaneously reducing soil erosion by more than 40 percent since the 1980s.

In short, the question is not whether modern, large-scale agriculture or small family farms using traditional methods is more likely to end food privation; the question is: How can we get more farmers to leave behind the old ways of growing crops and adopt modern technologies and methods?