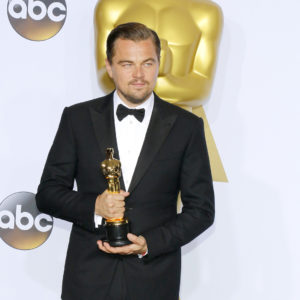 Lucedale is a small city tucked into the southeast corner of George County, Mississippi. Its estimated population is barely 3,000 residents and more often than not is passed by on the way to somewhere else.

But a proposal to build a wood pellet plant there is turning this quiet southern town into a battleground for out-of-state environmental activists, including celebrity Leonardo DiCaprio who recently asked his Twitter followers to weigh in on the issue.

Enviva, the world’s largest wood pellet manufacturer, is looking to build a plant in an industrial area designated by county officials for economic development. The Maryland-based renewable energy company is also seeking to build a new deep-water terminal in the Port of Pascagoula that it says will add – between the two facilities – more than 450 jobs during construction, 120 permanent jobs, and an estimated 300 indirect permanent jobs in the timber and transportation industries.

The plant would primarily be focused on exporting wood pellets to Europe and Japan, where they are used to replace coal as a power source. According to academic research, greenhouse gas intensity of pellet-based electricity is 74 percent to 85 percent lower than that of coal-based electricity.

Send a message to @MDEQ to stop the expansion of the harmful wood pellet industry in Mississippi. https://t.co/E7T0vNzglX https://t.co/JxbIa4AIN4

But environmental activists, in the era of increasingly more ambitious proposals like the Green New Deal, are saying that even though wood pellets represent a reduction in carbon emissions, the power source doesn’t help enough. They wish to stop the project. This is a surprising turn after the Obama-era EPA included wood biomass in its Clean Power Plan. And other organizations, including the UN Intergovernmental Panel on Climate Change, UK’s Committee on Climate Change, and the European Commission have issued reports pointing to wood biomass helping to mitigate global climate change.

Dogwood Alliance, an environmental activist organization from North Carolina, has issued a call for its supporters to send a message to the Mississippi Department of Environmental Quality to refuse Enviva permits. It also rallied people on the ground to attend a public meeting on May 14. An agency spokesman said they would take response to the state Permit Board for “action in accordance with our laws and regulations.”

“When you look at the energy output of burning wood for electricity, you find that it’s not actually carbon neutral,” said Scot Quaranda, communications director for Dogwood Alliance. “In the near term, burning trees release more greenhouse gas emissions than burning coal.”

The company strongly refutes that.

In a lengthy and detailed statement sent to InsideSources, Enviva refuted Dogwood Alliance’s allegations, noting that the group has been attacking the company for years. Enviva’s statement notes that the allegations of wrecking hundred-year-old forests does not “reflect the facts on the ground or the reality of the integrated forest products markets in the U.S. Southeast.” Harvesting operations must use Best Management Practices and comply with all federal and state water quality standards, and the company “does not accept wood from environmentally sensitive forest ecosystems that have a high conservation value.” Nor does the company accept wood from landowners who do not intend to replant or regenerate after timber harvesting, Enviva stated.

“We work hard to keep our forests as forests and require our suppliers to comply with our policies in all of our fiber supply contracts,” the statement read. “This way, we ensure that forest carbon stocks are stable or increasing in all of our fiber sourcing regions.” To this end, Enviva publicly publishes data on the origin of every ton of wood it buys through its “Track and Trace” supply chain auditing tool, launched in January 2017.

Federal data on U.S. forestry also supports the company’s statements. According to the U.S. Department of Agriculture, forest resources have increased over the last 60 years. And private landowners are growing 40 percent more wood each year than they remove.

In 2009, the European Commission issued its 2020 climate and energy package that seeks to reduce greenhouse gas emissions by 20 percent from 1990 levels, increase renewable energy source consumption by 20 percent, and improve energy efficiency in the European Union by 20 percent. Wood pellets and biomass energy were suddenly in high demand as a replacement for coal.

The market demand for wood pellets is up. So is the demand for forest land that can supply this demand.

Researchers at the Center for Bioenergy Sustainability, Environmental Sciences Division at Oak Ridge National Laboratory looked at the effect of the European Commission’s 2009 renewable energy directives on forest in the southeastern United States. What they found contradicted environmental activists’ concerns that wood pellet manufacturing was decimating the ability of forests to capture carbon and destroying forests.

“While all energy use affects the environment, the results of Oak Ridge National Laboratory’s recent analysis indicate that wood pellets can be used to displace fossil energy sources without adversely impacting Southeastern U.S. forests,” the study noted. “In fact, monies received for pellets provide small private forest owners a means to invest in thinning and other forest management activities that lead to healthier, more productive forests. There are also beneficial effects of pellet production on employment rates in rural communities and reduced fuel supply for potentially devastating wildfires. By contrast, urbanization—currently the greatest cause of forest loss in the southeast U.S.—is more likely to expand into forest landscapes if forest landowners lack adequate income-generating opportunities for their wood.”

A 2017 opinion piece signed by 30 researchers and scientists published in Global Change Biology Bioenergy found that without the bioenergy markets, much of forest harvesting would be burned on site or left to decay. In the southeastern U.S., 87 percent of forests are privately owned with 60 percent belonging to families. The study noted that harvesting decisions are often guided by monetary needs such as medical bills, education, or retirement.

Enviva also addressed this economic reality, stating that it is “completely unrealistic to assume that ‘if those trees were not harvested for biomass, they would continue growing.’” Working forests are meant to be harvested, the company said, and landowners “respond to economic signals in how they manage their forests.”

As studies by Forest2Market have shown, there is a strong link between increased demand for forest products and increased inventory of Southern forests over the past 50-plus years.

Enviva noted that just 2.7 percent of wood harvested in the southeastern U.S. is used in wood pellet production with the rest going toward sawtimber, pulp and paper products.

Dogwood Alliance is heavily invested in protecting forestland in the United States, particularly in the southeast. It has marshalled vast resources, including putting an operative on the ground to rally local support, to stop Enviva from getting permits to build its facilities in Mississippi. A handout about the proposal pulls no punches.

“The plant would be the largest wood pellet plant in the world, cutting up to 130,000 acres of forests every year to be burned for electricity,” the paper says. “If built, this facility will be one of the top five largest sources of greenhouse gases in Mississippi.”

The handout also addresses what it describes as nuisances to local communities.

“Environmental Justice communities – those with incomes below the state median and more than 25 percent people of color – are twice as likely to have a wood biomass pellet production facility than other communities. These communities face pollution and destruction of their forests, and do not benefit economically,” according to the handout.

The environmental activists’ solution, therefore, is to leave the trees alone.

But even the head of the country’s oldest national conservation group says that is the wrong approach.

“What’s the right forestry prescription is so site specific,” said Jad Daley, CEO of American Forests, which was founded in 1875 as the American Forestry Association. “People want a simple answer – are wood pellets good or bad? Is biomass good or bad? It depends. You have to ask a whole bunch of questions about the specifics of the project and the forest and the end result.”

Daley said climate change is creating more stress on forests, which makes forest management more important. Since 2010, for example, 148 million trees have died in California from drought, which weakens trees; pests, which attack weakened trees; and wildfires, which destroy everything in their path.

Accepting the reality that private landowners may eventually expect a return on their investment, Daley said those who have a “simplistic, all-or-nothing view” don’t have the right perspective.

“The question isn’t, ‘Will there be wood to use?’” he said. “The question is how to use it. Energy should and has to be one of the uses we’re exploring and taking advantage of.”

Brent Sohngen, professor of Environmental and Natural Resource Economics at The Ohio State University, has a similar view. His research shows that biomass energy is carbon neutral, and activists are picking the wrong fight. The real issue is maintaining and enhancing biodiversity in forests. He described much of the research on biomass and its impact on climate change as “all over the board,” adding that most studies lack a theory of investment, thereby skewing the results.

“Even in places where timber harvesting has been intensive over the last century, there’s still structured forests,” Sohngen said. “The automatic assumption is that harvesting will leave the forest devoid of habitat is a stretch. And you don’t handle that by saying it’s not carbon neutral; you handle it through biodiversity.”

As the situation in Mississippi demonstrates, activists inspired by the idealism of proposals like the Green New Deal are increasingly coming into conflict with allies in the fight against global climate change, and are being forced to reckon with the realities and facts about conservation, natural resource management, and markets.