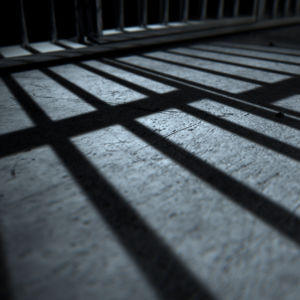 For years, residents, local advocates and elected officials in low-income and working-class precincts of Washington, D.C. have wrestled with a policy question that in many cases has direct, real-life implications: how to help former inmates — often individuals who are from the community — reintegrate into society after a long term in prison.

The only federally contracted provider of reentry services in the city is Hope Village, a halfway house that first opened in 1978 and has held a Bureau of Prisons contract for over a decade, despite concerns that have been raised by a growing chorus of critics, from law-enforcement officials to community leaders, journalists and even residents who have spent time in the facility.

Now, as a broader discussion has arisen about reforming the nation’s criminal justice system, residents in the District of Columbia find themselves at a critical crossroads with an opportunity to put in place a new system for helping former inmates transition back into the community. Advocates say quality vocational training and assistance with job placement must be the foundation of any effective system.

That opportunity comes because Hope Village finds itself competing to hold onto the contract it has held since 2006. The issue has broad implications beyond Washington, particularly given the amount of taxpayer money Hope Village has received since first landing its federal contract in 2006: a whopping $125 million.

Even now with its contract up in the air, Hope Village continues to be a magnet for controversy. A recent report from NBC Washington found that one in 10 of all halfway house escapes nationwide can be traced to Hope Village. The report noted that in several cases, residents who escaped Hope Village were later involved with criminal activity, including two instances in which escapees were accused of murder.

The halfway house is also drawing intensifying degrees of scrutiny from community residents. Barrington Salmon, a journalist and criminal-justice expert who lives in Washington, has unveiled a website apparently intended to draw attention to Hope Village’s chronic problems.

The site is named Hopeless Village, which is the name many local residents have given to the halfway house, reflecting the community’s growing frustration with and criticism of its operation in southeast Washington, D.C.

“Hope Village is failing DC’s returning citizens and creating serious safety risks in the community,” the site notes. “Yet it continues to pocket millions in taxpayer dollars. As the only provider of reentry services in the area, Hope Village has been warned over and over again to improve conditions and implement better security protocol. But nothing has changed.”

Critics like Salmon say that Hope Village’s mounting problems raise serious questions about whether Hope Village is providing the types of services returning citizens need. They also say that reports about residents escaping Hope Village are a large part of the reason the halfway house has lost the trust of local community members.

In a sharp reflection of the discontent with Hope Village, some prison inmates have apparently said that they would prefer to remain in prison instead of serving the remainder of their terms in the halfway house that Hope Village operates, according to a 2013 report on Hope Village issued by D.C.’s Corrections Information Council, a non-partisan agency that monitors such matters.

In 2016, a Council for Court Excellence report found that men were not receiving due process at Hope Village over alleged infractions in the halfway house. Specifically, residents who violated the halfway house rules were sent nearly 200 miles from Washington to Piedmont Regional Jail in Virginia. The men were subsequently found guilty of the infraction during hearings at Hope Village, despite the fact that the men were not in attendance at the hearing, according to the report.

In a 2016 memo, the Corrections Information Council wrote that “computer and Internet access are not available at Hope Village for residents to conduct job searches or use the email.” The memo went on, “Being forced to use the computer outside of Hope Village adds to the digital divide for Returning Citizens and poses as a barrier to connecting returning residents to community resources.”