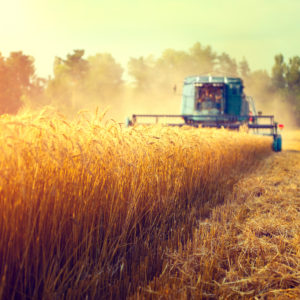 A year into his term, the fiction that Joe Biden would instantly undo Donald Trump’s impact on transatlantic relations has been exposed as just that. The past 12 months have instead demonstrated that Trump and Biden agree with each other – and disagree with Europe – more than either cares to admit.

Blowouts over Afghanistan and Australian submarines have spilled the most ink, but agriculture may better demonstrate bipartisan continuity in US-EU relations. Biden and Brussels are still at loggerheads over food production, despite a face-saving communiqué in November.

Indeed, while the U.S. pleads for moderation, France promises to spend its six-month EU presidency pushing “an accelerated phase-out of pesticides,” with serious consequences for food security and the environment.

In picking up Trump’s baton, Biden is angering European (and American) environmentalists but is revitalizing American leadership in another way. Farmers across the developing world are counting on Washington to fend off EU-imposed pesticide bans that would devastate their livelihoods.

Europe has cemented this Trump-Biden accord, with ecological groups dominating debates over the EU Green Deal and food production – putting beleaguered European farmers and over $10 billion in U.S. exports at risk.

EU lawmakers face vicious blowback when they run afoul of environmentalists. Europe’s Common Agricultural Policy (CAP) allocates over 20% of its budget to “green farming,” but because it recognizes the need for industrial farming, the European Environmental Bureau (EEB) lambasted it as a “monumental failure of leadership.”

Curbing pesticides sounds admirable, but flies in the face of the science underpinning food production. Were the EU model implemented worldwide, the U.S, Department of Agriculture (USDA) warns food prices would rise by up to 89 percent, and 185 million more people would face food insecurity. Organic farming produces lower yields and requires more land – hurting people in developing nations alongside Europeans.

The Biden administration has taken a more polite tone, but despite harrowing experiences in countries which adopt EU-compliant policies, the EU is still ignoring these warnings. After President Gotabaya Rajapaksa moved his country entirely over to organic farming, for example, Sri Lanka was forced to change course when it became clear herbicide and pesticide bans had produced shortages of staples like rice and mass protests by farmers.

As science reporter Ludger Weß noted in 2020, pesticides are maligned but necessary: “Without them, farming would be difficult. Look at the swarms of locusts that attack parts of Africa and the fall armyworm that eats its way through the fields and even reaches Japan and Australia… 80% of all small farmers in Africa are now affected by this pest.”

Faced with Sh150 billion ($1.3 billion) in reduced harvests, local farmers’ groups are pushing back. To quote Okisegere Ojepat of Kenya’s Fresh Produce Consortium, Europe “is saying ‘close that door’ without showing our people where the exit door is.”

Other governments, including Ghana and Liberia, have joined Biden’s Sustainable Productivity Growth Coalition, which builds off Trump-era initiatives to rally developing countries against EU-imposed organic farming.

U.S. consumers who pay a premium for organic, non-GMO products might agree, but in Europe (and in Kenya), these changes are being forced upon the whole sector, with neither farmers nor consumers getting a say. While healthier biopesticides and measured pesticide reduction might have benefits, Kyriakides herself admits there are large “data gaps” in justifying the costs.

Nonetheless, Europe’s environmentalists have made clear they are willing to destroy their own agricultural sector – and take the world’s farmers down with them.

Paul Brian is a journalist focused on politics and culture who has contributed to The Hill, the American Conservative, The Week, BBC, Reuters and more. You can follow him on Twitter @paulrbrian. He wrote this for InsideSources.com.