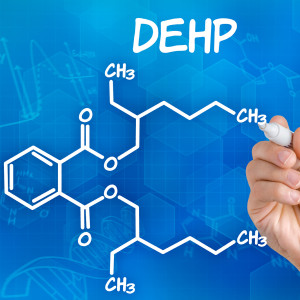 In 2008, Congress passed the Consumer Product Safety Improvement Act on a bipartisan basis. The law addressed a number of issues including the use of phthalates, a chemical added to many plastics that increases flexibility and durability.

Among the provisions in the law was a ban on some types of phthalates (DEHP, DBP, and BBP) and an interim ban on several other phthalates (DINP, DIDP, and DnOP) from use in children’s toys and childcare products. Particularly DINP is one of the most widely use phthalates. The interim ban was designed to let the Consumer Product Safety Commission (CPSC) study these phthalates and then rule on whether to make the ban permanent.

The study from the Chronic Hazard Advisory Panel (CHAP) was completed last year. The CPSC has issued a draft rule, currently open for public comment, and at the earliest, the rule could be finalized in June.

But independent experts are raising questions over the CHAP report’s lack of transparency, use of outdated CDC data, and a failure to look at alternative products. In particular, critics note that DINP has 30 years of research examining its effects and it may be less potent than many alternatives.

On Wednesday, the American Chemistry Council hosted a press call for journalists to hear from independent scientific experts in cumulative risk, exposure, and reproductive and developmental toxicity.

The scientists did not make any specific policy recommendations, but each questioned the findings of the CHAP report even though they conducted studies independent of each other. Christopher Borgert, Ph.D., with Applied Pharmacology and Toxicology, Inc., who was asked about regulatory recommendations, stated that he was a scientist and didn’t wish to get into policy, but he added: “I find a very, very weak scientific basis for doing anything from this report.”

The Natural Resources Defense Council, an advocacy group supporting tough rules, did not reply to a request for comment.

Members of Congress have previously voiced concerns over the lack of transparency for the CHAP report. The scientists speaking out to question the findings raise important new questions about how the CPSC has handled the process.

The CPSC appears to be moving toward approval of new rules. The two Republicans on the five-member panel are opposed to the rule but are outvoted by three Democrats, including Chairman Eliot Kaye, in support.

CPSC Commissioner Ann Marie Buerkle, a former Republican Congresswoman from New York, issued a statement in December questioning the agency’s decision to move forward with the rule, noting, “We often say we are a data-driven agency, but this decision calls our commitment into question.”

The CPSC is moving toward approval of the rule even as new data from the Centers for Disease Control is being reviewed.