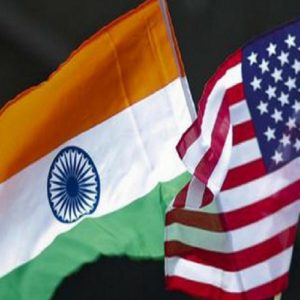 NEW DELHI ― The prospect of President Trump abandoning friends and allies resonates here for reasons that have nothing to do with North or South Korea.

While focusing on whatever deal Trump’s likely to cook up with Kim Jong-un, let us not forget the priorities in the capital of the world’s second most populated country are a little different. Here in New Delhi, the concern is that Trump’s notion of withdrawing several thousand troops from Afghanistan and all of them from Syria will upset the balance of forces in South Asia.

Nobody here really believes that U.S. talks with the Taliban for easing tensions will have a happy outcome, just as no one takes seriously Trump’s claim that ISIS is really defeated. “The goals of drawing the Taliban into peaceful politics and thus extricating America from a costly and destructive conflict are the right ones,” says The Economist, “but there are sadly many reasons to fear that the framework will not produce either outcome.”

At Jawaharlal Nehru University’s School of International Studies, Professor K.P. Vijayalakshmi was still more emphatic. “Who can trust the Taliban?” she said. “And who believes conflict in Afghanistan will end?” There are too many power-hungry factional leaders to trust any of them.

Complicating the problem is that India remains at odds with its enemy, Pakistan, where fighters from Afghanistan seek refuge in mountain redoubts with the connivance of Pakistanis.

And then, looming over all else, hangs the perpetual problem of Kashmir, divided as ever between Indian and Pakistani areas of control. Incidents keep happening while China has solidified Pakistan’s claim to its part of Kashmir by building a highway as part of its Belt and Road Initiative for driving down the map to the Arabian Sea.

“The U.S. is desperate to extricate itself from the war, heightened by an unpredictable president,” writes Davood Moradian, director-general of the Afghan Institute for Strategic Studies in Kabul, in the Indian newspaper The Hindu. “This desperation is matched by growing fears in Afghanistan that the Taliban will seek to overthrow the government.”

No two standoffs are alike, but one abiding fear is that Trump will make huge concessions to his friend Kim Jong-un, who then will carry on undermining the U.S.-South Korean alliance, awaiting the day when the North can take over the South. Meanwhile, we can be sure North Korea will be driving hard to strengthen its economy, its infrastructure, its power system at the expense of South Korea, the United States, Japan and anyone else willing to come up with the money and expertise.

“Any agreement between the Taliban and the U.S. at the expense of the two principal stakeholders — the Afghan government and the people — is doomed to fail,” says Moradian, while “both Pakistan and the Taliban remain despised and distrusted by an overwhelming majority.”

Those words are disturbing indeed to those who can’t see a deal between Trump and Kim ending happily. We know perfectly well, if Trump goes along with an end-of-war declaration, that North Korea will intensify the pressure for a “peace treaty,” arguing U.S. troops and bases are no longer needed. Trump might like to pull most of them out, but he’s constrained by U.S. law from reducing the current 28,500 by more than 6,000. The North Koreans would be glad to see the number go down by that much — with every expectation of more reductions in the next few years.

The impression is that Trump is taking huge risks everywhere. The North Korean record of abiding by agreements over the years is perfect. They’ve never kept any of them. Trump is also gambling on sharply scaling down the number of U.S. troops in Afghanistan and pulling all of them out of Syria.

At Jawaharlal Nehru University, professor Vijayalakshmi wondered why the United States isn’t more interested in India’s fears about weakening U.S. defense of the region. I told her the United States is now obsessed with North Korea while perhaps not considering India’s strategic interests. The real fear is that Trump is risking America’s stake in the region while friends and allies no longer count on the United States to defend them in time of need.