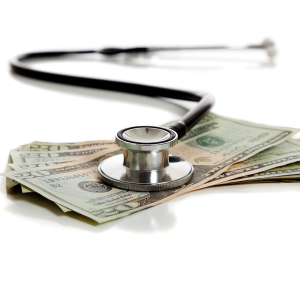 The Individual Mandate — Gone, but Not Forgotten

The tax bill passed by congressional Republicans strips the contentious individual mandate from the Affordable Care Act in 2019. The mandate was both the ACA’s single most unpopular provision and, by intention, at least, its single most important feature — the glue to bind the law together. But thanks to the way Congress structured the mandate, its glue has been weak as Post-it adhesive.

In November, the Congressional Budget Office and Joint Committee on Taxation estimated that eliminating the mandate would lead to 13 million extra uninsured (mostly voluntarily) by the year 2027, with individual market premiums increasing by 10 percent more per year than would be the case with the mandate still in place. However, CBO’s and JCT’s forecast history suggests they have placed unwarranted faith in the mandate’s effectiveness.

How it all plays out depends on whether the United States more closely resembles New York or Kentucky. Let me explain.

It’s often said that the ACA has rested on a three-legged stool: “Guaranteed issue” requires insurers to sell policies to all comers, regardless of health status. “Modified community rating” prohibits insurers from charging higher premiums to sicker individuals. The individual mandate imposes financial penalties on those who don’t have health insurance.

After the Clinton health reforms died in Congress in the mid-1990s, a number of states decided to enact similar reforms — among them Kentucky and New York. Both implemented guaranteed issue and community rating without an individual mandate — the situation now replicated nationally.

New York was different. There, some healthy people dropped coverage and premiums went through the ceiling before the market eventually stabilized. Premiums remained high, and loads of people chose to remain uninsured — a partial death spiral versus Kentucky’s apocalyptic version.

The differences simply reflected supply-and-demand conditions in the two states. Some ACA supporters fear (and some ACA opponents hope) that eliminating the mandate will topple the whole ACA (a Kentucky outcome). CBO sees more of a New York outcome, with higher premiums and lower enrollments.

The ACA’s mandate was weak and ineffectual from the start. Penalties were small, exemptions plentiful, enforcement feeble. Thus, my hunch is the mandate’s disappearance will only slightly worsen an already troubled market. Time will tell.

In retrospect, the individual mandate’s journey has been an interesting tale of American governance and shifting policy stances.

From 2007 to 2009, a significant number of Republican and Democratic senators endorsed the idea of an individual mandate as part of the bipartisan Healthy Americans Act, which was supplanted by the ACA.

In March 2010, Paul Starr, a leading progressive scholar, warned of the individual mandate’s political unpopularity and suggested an alternative mechanism in “A Health Insurance Mandate with a Choice.” Coincidentally, Ed Haislmaier, a conservative Heritage scholar, had offered a quite similar proposal he called “earned right” guaranteed issue.

In 2008, then-candidate Barack Obama opposed opponent Hillary Clinton’s support for an individual mandate, saying, “If a mandate was the solution, we could try that to solve homelessness by mandating everybody buy a house.” He later switched positions when the mandate became part of the ACA.

In 2012, the constitutionality of the individual mandate was challenged in the Supreme Court case NFIB v. Sebelius. In an especially serpentine piece of legal reasoning, Chief Justice John Roberts preserved the mandate (and the ACA) by redefining the mandate’s penalty as a tax.

With the tax bill signed by President Trump, all this history will belong to the ages. (For now, anyway.)