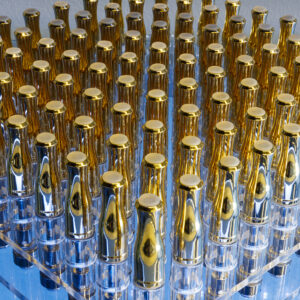 Philip Morris International (PMI) has entered a partnership with the Department of Homeland Security (DHS) to combat illicit tobacco trade activities throughout the world.

PMI signed a memorandum of understanding with the National Intellectual Property Rights Coordination Center (IPR Center) at the U.S. Immigration and Customs Enforcement service within DHS.

Additionally, law enforcement and criminal intelligence agencies across the executive branch work together under the center’s leadership.

“This partnership provides both parties a formal framework to exchange necessary information to thwart terrorist and criminal organizations that profit from the trade of illicit tobacco and jeopardize global security,” Hernan Albamonte, head of international affairs at PMI, told Inside Sources. “It is focused on global, comprehensive strategies and coordinating efforts to disrupt and combat all forms of illicit tobacco trade, as well as to address vital areas of intellectual property, brand protection, and anti-counterfeiting strategies.”

The partnership between PMI and DHS, Albamonte notes, follows years of collaboration to curtail the lucrative and vast counterfeit cigarette trade.

“The agreement is an evolution of years-long cooperation between DHS and PMI to protect the American public by enforcing the nation’s intellectual property rights laws and educating consumers on the dangers of illicitly traded tobacco products,” he added.

While homeland security experts have offered praise to the PMI-DHS memorandum of understanding, there’s a gap missing to the equation: marijuana.

Throughout late 2019 and early 2020, the Centers for Disease Control and Prevention (CDC) tracked a rash of non-communicable lung injuries tied to vaping. After months of pressure to reveal their findings, the CDC announced the primary reason for the lung injuries was illicit and counterfeit cannabis-derived vaping products.

Virtually every case of the vaping-related lung injury dealt with an individual consuming what they believed to be a legitimate product, but turned out to be counterfeit, illicit, and extremely toxic.

Based on this case and an ongoing Department of Justice campaign to stamp out illicit cannabis and nicotine-containing vape manufacturing, PMI’s participation is hardly a surprise.

While primarily speaking about the anti-illicit trade efforts of the tobacco industry, LaFaive’s remarks can apply equally to the regulated marijuana industry.

“The industry has long been concerned about brand integrity,” LaFaive said. “Illicit trafficking or counterfeiting of their products undermines reputation and profitability.”