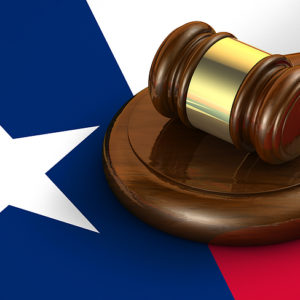 Infamous Texas Court Case May Echo Throughout Our Economy

Some court battles, like some movies, are better off without a sequel.

One exception where a sequel is most welcome involves the now infamous case of a small tech startup named HouseCanary winning an outrageous $740 million jury verdict in south Texas over a $5 million contract dispute with realty tech firm Title Source, Inc. (now Amrock).

When this shocking judgment was handed down last year, the future of cooperative corporate innovation and intellectual property protections hinged on the case’s appeal, which is now, thankfully, underway.

The lawsuit’s ultimate outcome will be especially impactful for our post-COVID economic recovery, by signaling whether digital bandits can profit by following the HouseCanary blueprint of conjuring up frivolous and fictitious lawsuits under odds that would make Vegas jealous on the likelihood of hitting a massive jury jackpot.

So far, the sequel is off to a good start. This summer the Texas Court of Appeals for the Fourth Circuit in San Antonio cited numerous errors in the original trial and reversed HouseCanary’s $740 million jury award. Just to put this figure in perspective, it dwarfed HouseCanary’s successive rounds of venture funding by some $600 million.

The remanded case will go back to the drawing board and the dispute’s origins, to when Detroit-based Amrock had contracted with HouseCanary, located in San Francisco, to build a real estate app. When the latter failed to produce the product, Amrock made its own and sued for breach of contract.

That led HouseCanary to countersue, claiming — without merit — its trade secrets were misappropriated by Amrock, a claim that led to the original jury award.

Observers to this do-over certainly include not just legal analysts but the tech sector as well, who stand to be substantially impacted by the final ruling. The case is far more than just a cautionary tale of business deals gone wrong and the vagaries of jury awarded judgments.

Companies will be watching the new trial closely to get a sense of how the courts view not just technology dealings, but also the power-tactics of the highly litigious.

“There is little doubt that businesses and innovators everywhere will be awaiting the verdict of the Texas court for clarity on trade secret protections and our court system’s tolerance for overwhelmingly apparent legal gamesmanship,” recent commentary in the National Law Review argues. The case and eventual ruling in a new trial “may very well set the tone for the future of trade secret litigation and the standard of intellectual property protections.”

The case comes at a time of dramatic rise in trade secret litigation, with more than 2,700 cases ongoing between 2009 and 2018. At the same time, settlements are growing in size and frequency.

Cases like Title Source v. HouseCanary have slowed innovation by tying up product development or technology rollout in courtrooms, and hurt emerging companies by creating new costs. These types of cases have been unusually concentrated in the courts of East Texas, which has grown to be the venue of choice for 40 percent of all patent litigation.

Outsiders watching these cases are rightfully deducing that the rules are unevenly applied, allowing some companies to get away with highway robbery. Gallup recently polled Americans and found that some 64 percent of respondents have little to no confidence in large technology companies, while 78 percent held the same dim view of big business in general.

One of the reasons likely is that the cherished, if mythical, objective of a level playing field — where people and companies compete on their merits — is under attack. Americans can see through games that skew the rules. The abuse of civil courts by some companies to pad their treasuries is one such scheme.

Concerning a retrial in the HouseCanary case, Timothy Lee of the Center for Individual Freedom, concludes that because the appellate court found “such significant errors as to require a new trial, it’s difficult to imagine that a jury would award any damages to HouseCanary, let alone the outrageous amount initially ordered.”

Let’s hope the sequel to this case turns out better than the original.