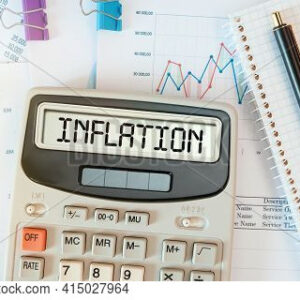 Inflation Spike Not Caused by Tariffs

Right now, inflation in the United States is running at a 40-year high. As the Biden administration scrambles to respond, some are urging the president to cut tariffs on China’s heavily subsidized exports. They claim this will reduce inflation.

But cutting tariffs won’t help America’s consumers — and could do more damage down the road. That’s because America’s current inflation problem is tied to several decades of policies that favored import dependence. Simply put, Americans are paying higher prices now due to a myopic approach that emphasized lower consumer prices above all other considerations.

In 2018, the Trump administration imposed tariffs on imports of steel, aluminum and solar panels from China. This came after federal investigations into China selling goods in the United States at below the cost of production. President Donald Trump also imposed “Section 301” tariffs on China in response to Beijing’s longstanding intellectual property theft, forced technology transfers and other aggressive trade practices.

Since the tariffs were imposed, U.S. producers have enjoyed some breathing room from China’s predatory trade. In fact, domestic manufacturers of steel and solar products have actually increased production and added jobs. Significantly, the U.S. inflation rate remained under 3 percent throughout the Trump presidency. In fact, the rate of inflation in the United States actually declined after 2018, when the Trump tariffs were imposed.

Despite this positive economic growth, multinational lobbyists are now claiming that the 4-year-old tariffs are suddenly the culprit for a recent spike in inflation. This is nonsense. Tariffs can sometimes spur a brief rise in sector-specific prices. But they don’t cause persistent inflation, years after being imposed. Instead, the inflation now hitting the United States started in the wake of the COVID pandemic.

In truth, several unprecedented economic events — including the COVID pandemic — have contributed to recent inflation.

For starters, the United States relies on China for a large share of its everyday needs, including pharmaceuticals and lithium-ion batteries. The COVID pandemic slowed production in China, resulting in global shortages and higher prices. While demand for services such as restaurants declined due to COVID protocols, demand for goods such as toilet paper, masks, wipes, sanitizers and bicycles increased.

This rising demand, coupled with a reduction in global supply, contributed to higher prices for many goods. Shipping companies also reduced transit frequency during the pandemic. However, when consumer demand subsequently rebounded, shipping companies fell behind, resulting in further supply chain shortages.

To help reduce the negative economic effects of the pandemic, the U.S. government has spent $5 trillion on recovery aid. This increase in government spending increased the federal budget deficit dramatically. Data from the Bureau of Labor Statistics show that U.S. inflation spiked after COVID stimulus spending began in mid-2020.

COVID even had a profound effect on worker productivity — which further contributed to higher prices. When the pandemic began to subside, workers were still reluctant to return to work — and demanded higher wages. As a result, prices increased by 1.1 percent, according to the Chicago Fed.

Russia’s invasion of Ukraine has contributed to higher prices, too. Sanctions on Russian oil exports have driven up oil prices 23 percent since the start of 2022. And even nickel prices have climbed, since Russia is a significant nickel exporter.

What’s really driving current inflation is America’s heavy reliance on imports — a problem made clearer since the start of the pandemic. The solution is not to hurt domestic manufacturers by lowering tariffs — which would further increase America’s dependence on imports. Instead, Congress should look to help America’s manufacturers and workers better compete against overseas producers.

If the current global crisis has taught anything, it’s that a heavy dependence on foreign production results in goods shortages and inflation. Tariffs shouldn’t be blamed for this problem. Instead policymakers should target their recovery efforts on building a strong U.S. domestic supply chain and market.

Amanda Mayoral is an economist at the Coalition for a Prosperous America. She wrote this for InsideSources.com.