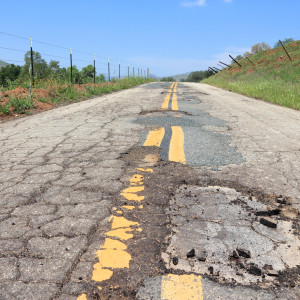 The Infrastructure Challenge — How Do You Do Big Things in an Election Year?

There is a shortage of long-distance truck drivers because of traffic jams. It is like this: Truck drivers are paid by the mile and if they are stuck in traffic for hours, they are not earning.

A different wage structure could be conceived and implemented. That would partly shift the traffic jam cost from the drivers to the owners, or to the consumers.

But trucking charges are calculated on distance and weight, so changes could be difficult, even near-impossible. What if the price of vegetables fluctuated like airline fares? It would mean chaos for the whole transportation chain. The solution, of course, is the infrastructure. Fix it.

That is what President Trump has promised to do in 2018. Chances are that in an election year something will be done, but not much.

Trump may have gotten the legislative order of his first and second years in office wrong: It may have been better to do infrastructure reform before trying to repeal Obamacare and overhauling taxes.

It is easy to talk about fixing the nation’s infrastructure and very difficult to do. Every project, every dollar is fraught with special interests.

The quickest fix for the infrastructure is to increase the amount of funding through established channels, like the Highway Trust Fund and the Airport and Airway Trust Fund, also called the Aviation Trust Fund. These are the mechanisms that exist. It is the way that governments — federal, state and local — know what to do. It also is the “money solution” and likely to run into severe disfavor from fiscal conservatives.

The idea that all infrastructure, from airports to sea and river ports, to highways and bridges can be dealt with in one omnibus bill — the implication of Trump’s rhetoric — is fading. Think of it this way: An old mansion — as is U.S. infrastructure — is falling apart. Does the owner take on the whole upgrading job, from dry rot remediation to electrical rewiring to roof replacing? Or does he or she do it room by room?

In what is going to be a financially constrained year, as the consequences of the tax cut are digested, look for big hopes and small dollars. The deliverables in the time frame are few.

The midterm elections will dominate. Therefore, Republicans will push for privatizing the air traffic control system and initiating private-public partnerships in things where there will eventually be a revenue stream to justify the private investment — possibly seaports; possibly selling off federally owned properties, like some airports; and giving accelerated regulatory relief to projects like new pipelines and transmission lines, one of the most difficult infrastructure undertakings.

During his presidential campaign, Trump talked about new infrastructure funding of $1 trillion. Now the talk is in the low billions of dollars. To really understand such a climbdown, understand that a trillion is a thousand billion. Real money. Two billion dollars — which has been bandied about lately — is, well, you do the math, peanuts.

Over the holidays, it took a friend 10 hours to drive from Providence, R.I., to Newark, N.J., and 10 hours to drive back— a distance of 190 miles. Somewhere in that mess were untold numbers of truck drivers, trying to make a living and thinking about job alternatives.

One of the political motives for infrastructure overhaul has been jobs. But with near full employment and a chronic shortage of skilled workers, here is a question: Who would do the work? It is a question that does not require an answer because, in the time available, small things will come from Congress to ameliorate the infrastructure crisis and Trump will, as is his wont, couch withdrawal as victory.

The coming year will be a year of talking about infrastructure. But you cannot cross a bridge with mere words, let alone repair it.