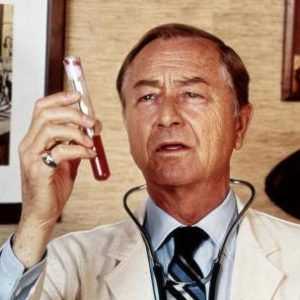 Innovation, Isolation, Litigation and the Search for Marcus Welby

Doctors and other providers with whom I interact hypothesize about why the collegial patient-provider relationship faded. They also recognize that the past wasn’t as rosy as hazy memory whispers.

At least three trends contributed to this growing discord: innovation in medical science, increasing isolation of individuals and the rise of litigation.

First, modern therapeutic medicine really begins only around 1940, with widespread availability of penicillin. Previously, sympathy and empathy were arguably the physician’s primary outputs.

Physician-author Peter Ubel said when his father practiced medicine around 1960, his tools were few in number so, “It was easier to give patients the best health care money could buy, because there was not as much health care to buy.” Ten years later, the fictional Dr. Welby, visiting homes and solving families’ problems, was still a recent, if idealized, memory.

Since then, medical science has developed a vast arsenal of tools, giving doctors far more important roles than giving pep talks. We expect doctors to churn out previously unimaginable miracles, and we become profoundly irritated when they fail to provide said miracles.

The second causal factor lies in changing social patterns. Nowadays, people frequently move from one place to another. We often live far from our families, and friendships are transitory. We are no longer a nation of joiners belonging simultaneously to civic, social, religious and recreational associations.

In my smallish hometown, interactions were repetitive and multidimensional. My family’s doctor lived two blocks away and was my mother’s lifelong schoolmate and friend. Their downtown workplaces were within walking distance. I went to school with his sons. Our families attended the same place of worship and together, we belonged to various social organizations. We frequently bumped into one another and had countless friends in common. While our neighbors may not have had quite so many connections with their doctors, they all overlapped over some of these dimensions.

Our doctor was exceptionally good, but had he injured one of us, it’s difficult to imagine that litigation would have resulted. In a case before I was born, a different doctor was perceived to have negligently contributed to a youngish woman’s death. So far as I know, litigation was never considered. Rather, the result was shame and the doctor’s departure from the town — a powerful reaction when most townspeople had extended families and expected to live out their lives nearby.

Today, my hometown’s intimacy is tattered. Doctors and patients move to town and then move away. Their workplaces are scattered and temporary. Social clubs have shrunken or disappeared.

Hidden law consists of unwritten, informal social conventions guiding social behavior. This can be as mundane as etiquette or as deadly serious as the doctor fleeing town in his cloud of shame.

In the not-too-distant past, hidden law was a major stabilizing force in medicine. The threat of public scorn, not litigation, was a prime motivator of competent medical practice. Leaving town with one’s head bowed was perhaps a more severe punishment than today’s malpractice judgments. At the same time, the system promoted good behavior on the part of patients, too. One did not idly blame the doctor for a family member’s pain or death because, after all, the doctor belongs to your church and Rotary Club and swim club and PTA. If a patient makes over-the-top accusations, the patient, not the doctor, will be the object of shame.

Rauch is careful to note that hidden law has serious downsides. But, he argues, the proliferation of laws and regulations and lawyers to navigate them has coarsened our relationships and deprived fields like medicine of flexibility and nuance we once took for granted.

So today, medicine is more complex, social ties more tenuous, and legal formalities more pervasive. Those won’t change. But the challenge will be reinjecting a modicum of comity into a somewhat strained relationship.