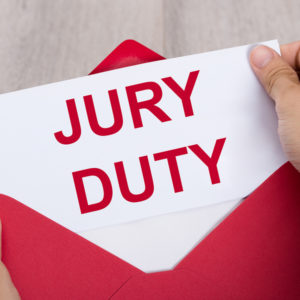 Inside a Newbie Juror’s Shoes

I was told by everyone not to worry. My odds of serving on a jury would be small. Cases seldom make it to trial, and if it did in this instance, it was unlikely that I would be picked. The reasons offered were many, so I felt reassured. I didn’t want to lose a few days of my week fulfilling civic duty, though I recognized its importance.

All the predictions were wrong. The criminal case made it to trial, and I was one of seven people selected to serve. I answered the juror questions honestly, which included whether I had biases and if so, could I set them aside. Yes, I have biases — conscious and unconscious — and I would do my best to set them aside.

Well then, the judge asked earnestly, “Can you follow and apply clear directions?”  I could have said “no” (this for sure would have hastened my exit), but I am very much a rule-abider, and the gravitas of being in the courtroom demanded honesty.

“Yes,” I said without hesitancy. Finally, I was asked, “Would it be an undue hardship” if the trial runs longer than expected. I replied, “Not undue,” to which the judge smiled and said that she understood “hardship.” My fate as juror was now sealed.

The trial involved assault and battery, and I learned a few things about the courtroom and about me. I learned that fact patterns are as tricky as they are important and dissecting them for inconsistencies is like solving a Rubik’s cube, only with people’s futures at stake. Who exited which door when? What do we do with inconsistent witness testimonies, especially when it is about something material like the assailant’s size? Attention to detail is critical, and coffee is not allowed in court to help keep one’s mind sharp.

I learned that the wheels of justice really do turn slowly. Unlike fast-paced TV courtroom drama, our trial featured frequent sidebars, where the judge and attorneys quietly conferenced on objections and evidence. This took time, along with attorneys repeating what seemed like the same questions with only a word or two changed. It reminded me of a game I had played with my children: “One of these things is not like the other.” What word had changed, and what was its effect?

My relationship with fellow jurors was another curiosity. Because of topics we couldn’t discuss — namely anything related to the trial, which was how our lives intersected — we talked pets, sports teams and movies. One juror offered us the boon of working for the Boston Bruins. Another juror was pregnant and stoic as she fought fatigue and hunger. We could relate without the built-in excuse. We were a motley crew of recent college grads, imminent retirees and a middle-age mom.

I soon discovered that while I knew little about the jurors, I appreciated their moral compass. The responsibility weighed heavily as we each took the trial home with us, rehashing our day in the juror’s box. When one juror shared that she couldn’t sleep at night as she processed the day’s testimonies, we nodded in agreement.

We reminded each other of two phrases: “innocent until proven guilty” and “beyond a reasonable doubt.” After we systematically went through the evidence, we landed in the same place, arriving at “not guilty” on all counts. We felt right in our determination, though no one left feeling light. As the pregnant juror noted, “I believe we’ve done our job. The rest is left for the guy above,” pointing to the ceiling. We take our comfort where we can.

The experience also taught me about me. Experiencing a whole day inside a building reminded me that I am no longer built for complete days indoors, even though I did this for decades. Alternating between the courtroom and the jury hangout, with only 60 mid-day minutes in the great outdoors, was insufficient for me and not because I needed more time for lunch.

I would sit on the stairs outside the courthouse soaking up the rays. In truth their great outdoors was filled with honking cars and barking dogs, but it didn’t matter. I absorbed every one of those sun-drenched minutes with glee. This discovery had implications. It scotched any idea I had of giving up my practice to potentially work inside an organization. Had I become a flitterer who works?

I also learned that I could be as fair and objective as I had hoped. I suspect my fellow jurors felt the same. On that final day, as we hunkered down to do our job, I believe the system worked. While I might not rush to be a juror again, I won’t forget the importance of that call to duty, nor will I shirk it.