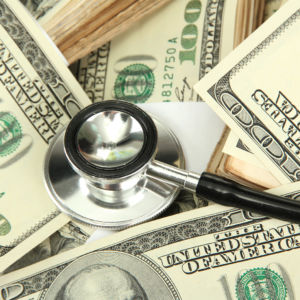 As the coronavirus pandemic claims more lives and upends the economy in the U.S., private health insurers are coming under growing criticism that they are seizing on the crisis to advance their financial interests.

From the corridors of Congress in Washington, D.C., to clinics and emergency rooms in states battling the virus on the ground, patient advocates and healthcare providers are warning that actions by insurers are potentially sticking patients with unexpected costs and financially crippling doctors and hospitals.

Indeed, reports have surfaced of insurers abruptly revising their coverage plans and even terminating relationships with healthcare providers in an apparent effort to negotiate more favorable financial terms in contracts with providers.

Last month, Mednax, a physician staffing firm that manages services throughout the South, reported that UnitedHealth Group canceled its contract with the provider after failing to resolve a conflict over reimbursement rates.

Dr. Roger J. Medel, CEO of Mednax, said of what the company called surprise terminations, “We are disappointed that United would take such action to unilaterally terminate our affiliated practices from its networks, across multiple states and affecting access by its members to many critical healthcare services.”

Patients are also feeling the pressure directly amid reports that insurers are refusing to cover hospital bills related to COVID-19 treatment.

In Colorado, Democratic state representative Dafna Michaelson Jenet told reporters that her trip to the ER and coronavirus testing left her with a $1,000 bill, despite a new federal mandate that COVID-19 tests be fully covered.

The moves by insurers come as the industry is reporting tidy profits even as other industries around the country find themselves hobbled by the economic fallout — brought on by social distancing orders — imposed to contain the pandemic.

The insurance industry has also drawn criticism over attempting to advance its legislative agenda amid the tumult and confusion created by the coronavirus.

At issue is a proposal in Congress that would allow insurance companies to sharply limit what insurers would have to pay doctors, nurses and hospitals at a time when healthcare providers are already under tremendous pressure due to the coronavirus outbreak.

The insurance industry has cast the legislation as one meant to protect patients. But healthcare providers and their allies in Congress say the proposal is just a way for insurers to get off the hook for covering medical expenses that they should otherwise pay.

The industry has been aggressive about pushing the legislation even in the midst of the pandemic. Bloomberg has reported the healthcare industry spent more money on lobbying in the first quarter of 2020 than in any quarter in recent years, including a 28.5 percent increase over last year.

Most of this activity came in March, at a time when the coronavirus crisis was reaching its peak, and the industry was pressing for a “surprise billing” plan that would allow insurers to largely determine what they would pay hospitals and doctors providing care.

The industry has also tapped powerful allies, including Rep. Frank Pallone of New Jersey, the chairman of the House Energy and Commerce Committee, a panel that has jurisdiction over the healthcare industry. Mr. Pallone is also one of the top recipients of the industry’s political donations.

Specifically, the fight over the bill is part of a broader debate over a problem known as surprise medical billing — a situation arising when a patient is charged as much as thousands of dollars more than he or she expected after a visit to, say, a hospital.

Insurers claim that the bill they are championing would fix the problem. But critics note that it merely shifts costs to doctors and thereby allows insurers to shirk their financial responsibilities.

The debate in Congress over the surprise billing issue had been going on for months, with any attempt to address the issue stalled as both sides dug in. But with the pandemic becoming a full-blown crisis in the U.S., insurers and their allies made a push to slip legislation into one of Congress’ emergency rescue packages.

The move sparked accusations of opportunism at a time when frontline healthcare providers are facing risks to their own lives providing care to COVID-19 patients.

It has also prompted a number of influential groups to jump into the legislative fray — and warn Congress about yielding to the insurance industry — given the enormous damage such a move could inflict on an already besieged healthcare industry.

Last week, such a warning came from a powerful union representing more than 400,000 mechanics and machine operators who maintain and operate buildings in a variety of sectors, including hospitals.

In a letter to House Speaker Nancy Pelosi and Senate Minority Leader Charles E. Schumer, the International Union of Operating Engineers predicted that enactment of the insurer-backed legislation would hand power to insurers at the expense of healthcare providers when they are most in need of support.

“The proposals would give insurance companies outsized power to set artificially low reimbursement rates, reducing revenue that physicians and clinicians across the country depend on to keep the doors open,” union President James Callahan wrote. “This policy would likely lead to physician shortages and even facility closures in many vulnerable rural and underserved communities, just as these critical providers are desperately needed.”