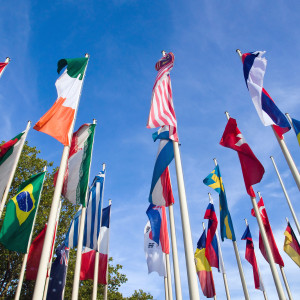 As some call for government oversight of the Internet in the United States, there are worries that implementing such regulation could undermine the US in pressing for more Internet freedom worldwide. Leading up to the Global Internet Governance Forum in early September, other countries are watching the domestic debate in the US and looking for clues in Washington’s thinking.

In 2012, the US led an effort to derail a treaty at the World Conference of International Telecommunications that was seen as an effort by oppressive regimes to grab greater control of online content. Two years later, the domestic debate in the US is focused on “Title II” authority to regulate broadband as a public utility. Critics of Title II say that such a regulatory power grab in the US undermines the country’s international efforts to promote an open Internet.

Experts on the issue of net neutrality believe there are potential consequences for other countries in both democratic and authoritarian parts of the world.

In an interview with InsideSources, the Heritage Foundation’s James Gattuso said he sees the greatest international danger in Title II coming as other countries also move to institute common carrier and “unintentionally suppress the Internet.”

Others view the debate over Title II, and the larger discussion of net neutrality, as an opportunity for the US to lead by example. President Obama, speaking recently at a forum of African leaders, suggested that he would support a move toward stronger regulation.

Freedom House, a watchdog organization supporting democratic rights, has argued against the current FCC proposal, which could allow Internet Service Providers (ISPs) to charge companies a higher price for their content to be delivered at a faster speed. As many ISPs are state-owned, Freedom House expresses concerns that authoritarian governments could cite “fast lanes” as justification for censorship.

Dr. Daniel Calingaert, executive vice president at Freedom House, tells InsideSources that while the US should lead by example, authoritarians will still do as they wish. “Dozens of governments around the world censor Internet content, just as they restrict traditional media. While a U.S. policy decision may give them a talking point, they are driven above all by their own interest in silencing their critics,” says Calingaert.

Roslyn Layton, a Visiting Fellow with the American Enterprise Institute and PhD Fellow at the Center for Communication, Media and Information Studies at Aalborg University, views Title II as a “Trojan horse.” She notes, “The government will use net neutrality as a ruse to protect consumers but enshrine power for itself on the digital highways.  The only way we avoid this is to not make regulation.  However we can manage net neutrality through multistakeholder models, a practice which has been used in the Nordic countries for some 5 years with no net neutrality violations reported.  Furthermore, this model is used for a variety of internet governance issues.”

While Gattuso, Layton, and Freedom House disagree on the need for regulation, they see dangers witnessed in some international examples.

Chile was the first country to implement a net neutrality law, but concerns have been raised over the government’s recent ban of zero rating, which is subsidized access for certain mobile content. Such government regulation would outlaw Mark Zuckerberg’s plan to bring affordable Internet to communities by incentivizing Facebook use.

Other countries with net neutrality laws also offer case studies that point to lurking dangers. Layton notes Brazil’s Marco Civil law, which passed unanimously, partly in reaction to the NSA scandal in the US. But while the law aims to institute net neutrality and so called digital rights and privileges, it also requires that companies maintain records on users which are accessible to the government, raising privacy concerns.  The Brazilian government can require that foreign companies maintain data in Brazil and can impose stiff fines of 10% of annual revenue for violation. Furthermore, the law allows the Executive branch of government the authority to define net neutrality.

“The Brazilian law is quite suspect in that it empowers the government to monitor networks and users and seize information in the ‘service’ of citizens,” says Layton.  “Indeed more governments are inspired by the NSA than are appalled. We should definitely be concerned when countries such as Pakistan are gung-ho about net neutrality. This country can barely supply clean drinking water to its people and yet it’s jumping on the free and open internet.”

Gattuso pointed to the recent EU decision on “Right to be Forgotten,” which forces content providers to suppress search results the government deems irrelevant. “It’s hard to think of a broader limit on speech, but this is a group of countries that supposedly values freedom of speech,” says Gattuso. He argues that when countries broaden regulatory authority, as Title II would do in the US, such consequences are more likely.

The challenge in the view of experts is two-fold as governments almost always overreach or pass laws with unintended consequences.

Freedom House’s Calingaert believes the US needs to find the right balance in order to lead the way on net neutrality. While the current proposal may be the wrong tack, Title II goes too far. “The best way to promote innovation and the free flow of information in the United States is with just enough regulation to enforce net neutrality, rather than the heavy regulation used for public utilities,” says Calingaert to InsideSources. “And this would set a good example for other countries.”