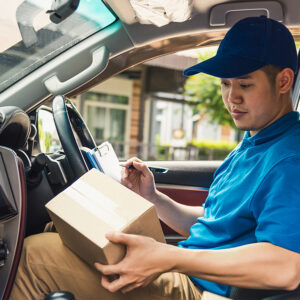 E-commerce has been essential in helping the U.S. economy thrive and survive over the last decade.

Now, the world is on the verge of e-commerce 2.0: Strong growth in international package shipments over the next decade will benefit businesses and consumers in the U.S. and other Free World economies.

The groundwork is in place for this, with many projecting the area to at least triple over the next decade. This means new business opportunities for U.S. companies, expanded opportunities for consumers, and even a workaround on supply chain issues. Consumers and businesses throughout the Free World will benefit.

These benefits will be much more quickly realized if the Universal Postal Union (UPU), a U.N. organization regulating international dealings involving the world’s postal services, undertakes common sense, consumer-focused market reforms. Such change is also essential for the UPU’s own survival. Private-sector shipping and logistics companies have other options if the UPU does not act.

The UPU comprises the governments of 192 countries. Yet many countries have privately owned postal services. These owners (i.e., corporations) can have undue influence on those countries’ postal policies, putting in place anti-competitive practices that serve shareholders at the expense of the country’s businesses and consumers. It is an international version of crony capitalism.

The crux of UPU reform should be to eliminate such disparities and include the following:

—Keep politics away from best technical practices: The Operations Council at the UPU, which promulgates regulations, standards and best practices, should operate separately and independently from the UPU’s Executive Council, which addresses political and managerial issues.

International e-commerce shipments today are largely in the domain of private-sector shippers. Jim Campbell, an international postal expert, estimates that the international market was just 1 percent of the total revenues of UPU countries’ public postal services in 2021. By volume, international letters are more than 20 times that of parcel shipments.

Those statistics are confirmed in America. In its Fiscal Year 2021 10-K, the U.S. Postal Service says, “Our international revenue represents approximately 3% of our operation revenue for the year ended September 30, 2021.” Furthermore, in its 10-year Delivering for America strategic plan, the Postal Service does not envision international revenue as a driver of future growth, giving it a scant mention.

For the United States, the bulk of international package shipments is done by private companies, whose revenues in this area are more than 20 times that of USPS. USPS does benefit by delivering packages from private companies the “last mile” in the United States via its Parcel Select Service, which it describes as “an economical ground-delivery service designed for large and medium-size shippers.”

As international shipments grow, there will be significant opportunities for this USPS service and for American businesses and consumers.

The State Department is preparing a proposal for UPU reform that will be discussed at a UPU Extraordinary Congress in late 2023. The Postal Service, as part of its public service mission, should support reforms like the above. This will also provide an opportunity for it to grow and thrive while it concentrates on making holistic changes to make its domestic mail and package services more efficient.