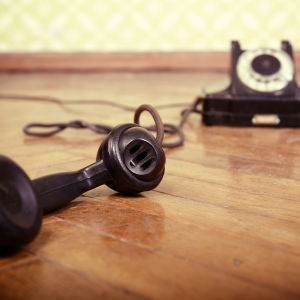 Posted to Technology May 20, 2015 by Giuseppe Macri

Update: The D.C. Circuit Court of Appeals struck down Berninger’s stay request late Tuesday on the grounds that all stay motions must be filed jointly.

Internet telephone entrepreneur Daniel Berninger, one of a growing number of individuals and companies to file lawsuits against the Federal Communications Commission’s net neutrality rules, is appealing a motion to stay the agency’s rules before they go into effect on June 12.

Berninger — an early pioneer of broadband-based Internet telephone services like Skype, Google Talk and Vonage and chairman of the Voice Communication Exchange Committee (VCXC) — appealed his motion to the D.C. Circuit Court of Appeals Tuesday after it was rejected along with a joint motion to stay petitioned by a group of Internet service providers (ISPs) earlier this month.

“Despite well-funded efforts to make this fight big ISPs versus content companies, the FCC’s Open Internet Order threatens the entire Internet value chain, including entrepreneurs and small businesses like mine that cannot clearly operate with the uncertainty or deal with the regulatory burdens associated with these incredibly outdated and ill-fitting rules,” Berninger said in a Tuesday statement.

Berninger’s stay and similar suits filed by Verizon, AT&T and others take aim at FCC Chairman Tom Wheeler’s net neutrality proposal, which passed along a partisan 3-2 commission vote earlier this year. The so-called Open Internet rule bans ISPs from throttling or segregating Internet traffic or brokering individual deals for faster service with Internet content creators such as Netflix, Amazon, Google-YouTube and others.

The rules essentially reclassify ISPs as Title II public utility telecommunications services and give the FCC the power to regulate the rates ISPs can charge content creators and average consumers for service.

Such authority originated in the Communications Act of 1934 to combat telephone monopolies and was updated as part of the 1996 Telecommunications Act, which set the contemporary standard for Internet de-regulation by adopting via legislation a hands-off approach to ISPs.

According to Berninger and others, expanding Title II to cover ISPs is not only a breach of the bounds of the the FCC’s authority, it threatens to stifle broadband innovation and network expansion — not just in the realm of large, capital-rich corporate ISPs like Verizon and AT&T, as is popularly touted by conservatives and companies — but also in the ever-expanding market of startup services and technologies like Voice over Internet Protocol (VoIP).

“The standard narrative basically says that network operators are threatening to do something or can do something bad that the world needs the Federal Communications Commission to save them from,” Berninger told InsideSources. “The narrative is about this thing in the future that might possibly happen in theory, that maybe the network operators might do.”

Berninger, who started working on VoIP at Bell Labs in 1995, led the first VoIP deployments at Verizon, Hewlett-Packard and NASA and assisted in founding ITXC and Vonage, said he hopes to illustrate through his individual filing how Title II has impeded his professional career as a pioneer of a web-based service that is still growing and could eventually overtake the public switched telephone network.

“Voice over IP was sort of the pornography of Internet networks because they were essentially that kind of leading-edge thing that had always been regulated,” Berninger explained. “Title II of the Communications Act of 1934 was invented for voice, so there was always that question where somebody said, ‘Dan, you’re doing voice in your new thing called Vonage, that should be a Title II service.”

As founder of VCXC, Berninger is currently working to implement high-definition VoIP technology and pursuing the loftier goal of transitioning the global telecommunications industry exclusively onto IP networks.

“The thing that people do not like, which is favoring one type of Internet traffic over another, which would appear to advantage, say, the rich Facebook over the garage guy — that business model is certainly objectionable, I agree — but that business model doesn’t exist. Nobody’s actually tried to do that.” Berninger said.

Such a business model for paid prioritization, which Berninger described as “really stupid,” would eventually die out anyway, according to the entrepreneur. But the FCC’s new rules preemptively kill all potential models of paid prioritization — none of which exist yet, and could, in the future, help alleviate bandwidth congestion and improve interconnection and consumer service speeds, according to Sony CTO Spencer Stephens.

“That means they are banning things that they cannot even know exist. Who knows what usefulness for paid prioritization might come up in the future?”

Though Berninger objects to the idea of even having to disclose his business model to the FCC, he has already imagined a use for paid prioritization in the future in the form of his HD VoIP initiative, which would provide consumers with twice the audio quality of a normal phone call and allow them to communicate with fellow Internet users visiting the same website.

“That connection is meant to be high definition, and in order to support that high-definition connection, I need to make paid prioritized arrangements with the network operators to support that service,” Berninger said. “I am not an ISP; I don’t have direct connections to every person on the planet that might want to participate in my service. I’m going to connect through paid prioritization, quality of service, to operators.”

“The FCC does not know my business model exists, but yet they’re still banning it outright in the order.”

Though the FCC may have won the most recent regulatory battle, Berninger doesn’t expect the agency to win the war with service providers.

“I won’t necessarily pick the winners of specific battles — even just getting this far required losing quite a few battles. But I will predict that this will not stand, in the sense that the FCC will not be able to turn itself into the federal computer commission,” Berninger said.

The entrepreneur added that the FCC has been successful in dominating the narrative so far by combining consumers’ love of the Internet with their hate of the telephone company to win an argument set in the future — something Berninger described as akin to predicting a UFO will touch down on the White House lawn.

“This whole debate has been argued in the future, it’s been argued in the theory, so what I’m trying to do is get it back to the reality. What actually happened — did we actually get a thousand-fold expansion of connectivity since 1995, and has that ever, ever happened before? And do we really want to screw with the policy environment that got us there? Or do we want to go chase after some theoretical harm in the future?”