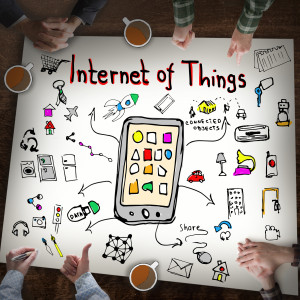 The Internet of Things Has Turned on Me, Big Time

I’m writing by the light of a candle, with a pencil in the bathroom. I have to sit here in the dark. You see, the Internet of Things is driving me mad, out of my mind. The appliances in my home are ruining me; sliming me.

I always had trouble with inanimate objects: doors that hit me, shoes that hid from me, hammers that sought out my thumbs and carpets that wanted me flat on my ass. But that was before the Internet of Things; before Silicon Valley issued them with brains.

That nice, useful microwave is a malicious devil. Would you believe that it has gotten the other appliances — all those with computers built in — to conspire against me because of something I wrote belittling the Internet of Things?

Well, the things have taken up arms against me. It is war, plain and simple, in my home.

They bully me. The washing machine emailed me, “I know what you and the boys did last night. Spaghetti and Chianti again?”

The television in the bedroom tweeted, “You’re cut off. No more binge-watching ‘Married with Children.’”

How can I tell my dear wife that I have to sleep on the couch because the microwave is in cahoots with the washing machine and the bedroom TV to torment me? Even my i Phone threatened to put pictures of me in the buff on Facebook.

I’ve tried to reach out to the appliances, tried to make peace with them. I’ve pleaded with the smart meter in the kitchen, “Can’t we just get along? After all, we live in the same house.”

My life is utterly destroyed.

It all began with one of those smart domestic assistants that communicated with the smart devices in your home. I knew about its artificial intelligence but I didn’t think it was intelligent enough to prevail on all the appliances in my home to drive me mad.

How did I get on the wrong side of my appliances, which I bought and installed? Even my video game console is a double agent. It lulls me into a false sense of trust with games, then it hands over the results of secret IQ tests to my boss.

I can’t tell anyone. “Who you going to tell? You’ll be committed,” the cruel refrigerator emailed me.

I begged the appliances collectively to accept my apology, to let me make amends. That set off a torrent of abuse on social media. My smart watch started flashing, “Nice try, big guy.”

I’m now all alone with my toilet bowl. I could hug it because it’s not part of the Internet of Things. It’s solid, old-fashioned and even, in my mental state, lovable.

I had a plan that I broached with my wife. I asked her, out of earshot of anything connected to the internet, whether she would like to join the Amish, to live simply with a horse-drawn buggy. Then I realized that we couldn’t buy a buggy because the mixer in the kitchen has been monitoring my credit cards obsessively.

Like President Trump, these gadgets don’t brook criticism. Even an innocent clock-radio can turn on you. Mine did. It woke me up on Nov. 9, 2016, to tell me that Trump had won. That’s when I began losing it.