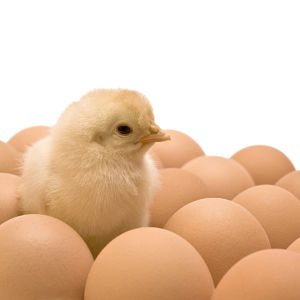 The Invention of the Chicken and Innovation in Healthcare

Around the time of the Apollo moon landings, a future Nobel laureate allegedly declared that the most important invention of the 20th century was the chicken. This cryptic statement offers profound wisdom about possible paths of healthcare innovation in the 21st century.

The chicken quote was attributed to Robert Mundell, 1999 Nobel economist, by a former colleague of his at the University of Chicago.

How is the chicken — first domesticated more than 5,000 years ago — a 20th-century invention at all? And how was the chicken more important than the airplane, computer, atomic bomb, television or interplanetary rocket?

Mundell’s colleague said the comment attracted the blank stares that often met Mundell’s enigmatic, almost-surreal observations. (I witnessed many as a student at Columbia University in the 1980s.) After a silence, a colleague asked what Mundell meant.

The insight was that modern production methods so drastically reduced the price of chicken that it was, for all practical purposes, an entirely new good. According to W. Michael Cox and Richard Alm (“Myths of Rich and Poor”) a typical American in 1900 worked 160 minutes to earn enough money for a 3-pound chicken. A 2000 worker needed only 14 minutes of wages to buy that chicken. Pre-1950s, consumers generally had to eviscerate a commercially bought bird or have a butcher do it. Herbert Hoover’s promise of “a chicken in every pot,” imparted a vision of riches.

Revolutionary production, distribution and storage methods changed chicken from a Sunday luxury item to the everyman’s protein. Our concept of chicken bears little resemblance to our great-grandparents’ image. Massive reductions in food prices explain why rates of malnutrition and starvation have plummeted worldwide since the mid-20th century.

How does this relate to healthcare innovation?

The moral is that innovation is as much about price as it is about creating new goods. In health care, innovation is not just about, and perhaps not even primarily about, breakthrough discoveries. Blockbuster developments — new transplants, cancer cures, methods to halt Alzheimer’s — dazzle and inspire. But it’s equally important to focus on myriad changes, many of them small, that accumulate and combine to make old familiar treatments massively less expensive.

Telemedicine, for example, does not usually imply new medical procedures. Rather, it simply allows a patient to obtain the old services more rapidly and less expensively — with early detection often preventing the onset of more serious illness.

Eventually electronic health records — if constructed and used sensibly — can eliminate an enormous amount of waste in the healthcare system. One need only think of how often each of us fills out a paper sheet with name, address, phone number, insurance plan, prior medical diagnoses and so forth — and imagine how much time healthcare system employees spend re-entering the same data. The current crop of EHRs, unfortunately, are designed more for administrators and insurers than for clinicians and patients.

A great deal of cost-savings will likely come from automating diagnostic processes. Physicians are and ought to be critical to patient care, but a considerable part of what they do today can be reduced to algorithms. A colleague working in this area recently suggested that most of what we now think of as healthcare will, aided by inexpensive technologies, be self-administered and will approximate the quality of today’s board-certified, Harvard-trained providers.

And on the higher end, in 2016, Watson (IBM’s “Jeopardy!”-winning supercomputer) diagnosed a woman’s rare leukemia — a diagnosis that University of Tokyo physicians had missed for months. The computer compared her genetic data to the information contained in 20 million research papers. And it did all of this in 10 minutes.

None of this means an end to physicians. It means most physicians will do things differently than they did in the past. Of course, it may ultimately mean fewer physicians.

And, as many people today prefer the luxury of locally sourced, free-range, non-GMO, organically raised chicken over the standard factory chickens, there will likely be a sizable market for more traditional, hands-on, personal interaction between doctors and patients. But those choices will be in the hands of patients.