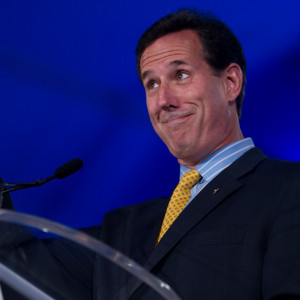 Will a nationally-viable candidate win the 2016 Iowa Caucuses?

It has begun. The quadrennial trickle of news emerging from what may seem an unlikely place has many Americans wondering, “Why Iowa?” The national news media, eager to begin its mindless horserace coverage of the 2016 presidential contest, has already honed in on the Hawkeye State, which will be the first to give its backing to a potential presidential nominee early next year.

Democrats and Republicans from outside Iowa raise concerns about the influence the state has over the nominating contest. And particularly Republicans must ponder this point leading up to 2016 as they find a nominee to defeat Hillary Clinton.

I’ve recently spoken with a number of Iowans who have deep-seated knowledge of the caucus process—both senior leaders in the party and advisers to presidential campaigns. They all voiced support for Iowa’s continuing prominence in choosing a nominee but are also quick to point out the challenges that lie ahead.

To hear many politicos and cheerleaders of the caucuses, the event is a storied tradition or rite of passage. On the other hand, critics will argue that, for Republicans, the significance dates back only to 1976, when the GOP followed the lead of Iowa Democrats in making Iowa first in the nation. There have been a total of seven contested caucuses for the GOP. Only three of the Iowa caucus winners were successful in going on to win the nomination (Ford, Dole, George W. Bush). Only George W. Bush has been successful at both winning a contested Iowa caucus and the White House.

Why might the caucuses do such a poor job propelling a candidate to the White House? Consider entrance polling from the 2012 Republican caucuses. Nearly half (47%) of caucus-goers considered themselves to be “very conservative” and more than a third (37%) said they were “somewhat conservative.” But in America as a whole, Gallup finds that only 38% consider themselves to be “conservative.”

It makes sense that the caucuses are dominated by conservatives. This is, of course, a Republican gathering, but even within the GOP, the caucuses make for a strong rightward skew. Can such an event be relied on to choose an electable nominee? Back to the entrance polling, less than a third (31%) of the 2012 caucus-goers viewed defeating President Obama as the most important candidate quality.

The potentially troublesome challenge with this voter composition is that otherwise electable candidates could be pulled rightward and no longer capable of winning the White House. Hillary Clinton won’t face a similar leftward pull on the Democratic side, and she can thus position herself toward the center.

Some candidates will struggle to thread the needle of maintaining electability while appealing to the base. That isn’t easy when candidates are called to attend events like Congressman Steve King’s Iowa Freedom Summit held in January. Some conservative commentators have warned candidates to avoid such events and the contentious figures that sponsor them.

But one senior Iowa Republican unaligned with a presidential campaign took note of Chris Christie’s appearance at the Iowa Freedom Summit. While the New Jersey Governor may have stood with a polarizing ally, he made an effort to say he won’t agree with Iowa Republicans 100% of the time. Christie’s appearance earned him laurels with the activists looking to vet a nominee.

Therein lies the strength of the caucuses. Each candidate, no matter their issue positions, can receive a thorough look from Iowa’s party activists. After years of being courted, they are accustomed to examining the retail politicking of presidential aspirants.  And of course, the state’s press corps has an extensive knowledge base from years putting candidates under the microscope.

Campaign strategists agree candidates skip Iowa at their own peril. The lesson was learned by Rudy Giuliani and Jon Huntsman, who both missed out on the media attention.

What of concerns that Iowa is more conservative than other parts of the country? Candidates need not win Iowa, they just need to win their lane.

The probability is relatively high that a candidate unelectable on the national stage will win the caucuses. As one senior Iowa Republican familiar with caucus math explains, around 40% of the caucus vote will be divided among candidates appealing to evangelical conservatives and another 20% to those vying for non-evangelical Tea Partiers.

To win the remaining 40% of caucus-goers, campaign strategists don’t believe it’s necessary to take any positions that would disqualify from a general election win. Can one candidate dominate this bloc and win the caucuses overall? Maybe. But the consensus among strategists is that a win doesn’t matter—it’s about finishing in the top four. That delivers the momentum and media attention necessary to continue competing.

Some outspoken influencers in caucuses may be unwanted by the national party, but Iowa also brings opportunities outside the fringe. Businessman Bruce Rastetter will be hosting an agricultural summit for candidates this weekend. Townhalls and debates give candidates plenty of opportunity for pragmatic messaging. Perhaps Senators Chuck Grassley and Joni Ernst will exercise influence. Governor Terry Branstad has already helped reclaim the state GOP from some more radical elements.

Should Iowa matter? In short, yes. Despite faults of the caucus system, Iowa is a state well-equipped to carefully evaluate candidates. And within the top tier on Caucus Night will be a Republican nominee with the broad appeal to win the White House.