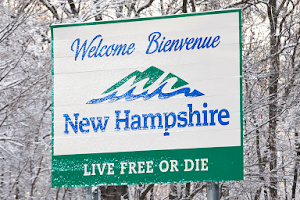 ‘Iowa Picks Corn, We Pick Presidents’: NH Ready For Its Moment in the Political Sun

It’s an adage often heard around New Hampshire, and never more so than in the wake of Iowa’s caucus crash-and-burn. The Granite State’s political establishment prides itself on how well they’ve handled their responsibilities as the First In The Nation (#FITN) primary state, and they’re more determined than ever to make 2020 a success.

On Tuesday, while Iowa’s Democratic Party struggled to tabulate their votes, New Hampshire’s party chairman released a welcoming message to the politicos and press headed his way.

“We’re so excited to have you here as we head toward our First in the Nation Primary,” wrote Chairman Ray Buckley. “The New Hampshire primary is really anyone’s to win.”

Buckley has been careful to appear as unbiased as possible, not an easy task given the level of suspicion about the “Democratic Establishment” among supporters of Sen. Bernie Sanders and Rep. Tulsi Gabbard. Buckley doesn’t want memes like the #MayorCheat hashtag — popular among Sanders fans upset by Pete Buttigieg’s premature claims of an Iowa victory — to taint the New Hampshire campaign.

Buckley’s message to political candidates and tourists is to remind them of how seriously Granite Staters take their job as voters.

“Being a First in the Nation Primary voter is a huge responsibility. When you meet a voter at a campaign event, chances are they have met at least a handful of candidates. And on primary day, New Hampshire voters turn out. Year after year we have some of the highest voter participation in the country.”

Sponsored by the Lincoln Project

In fact, in 2016 New Hampshire had the third-highest turnout of its voter-eligible population in the country. And, as Buckley notes, “New Hampshire currently has 275,282 registered Democrats and 413,345 undeclared voters,” a significant math fact in a state where, unlike Iowa,  undeclared voters can participate in either party’s primary.

While Buckley has plenty of advice to offer about New Hampshire (“personal connections matter when Granite Staters choose a candidate,”) he’s had little to say about the performance of his Iowa counterparts and how the late release of partial results might impact the primary.

But his predecessor as state party chair, DNC committeewoman Kathy Sullivan, says that events in Iowa have left the Granite State primary field wide open. “So it is a jump ball, a faceoff, tied in overtime – clean slate for everyone,” Sullivan told InsideSources.

Political science professor Wayne Lesperance of New England College is more blunt: “Iowa is an unmitigated disaster. For years folks have been critical of Iowa as a starting point because of its lack of diversity or because of the quirkiness of the process. Last night Iowa defeated itself due to its own bureaucratic incompetence,” he said.

“In New Hampshire, our app is the ballot box!”

Secretary of State Bill Gardner couldn’t agree more. “I tell the legislature all the time, when it comes to the ballots, we want as few moving parts as possible. Keep it simple.” Gardner, a Democrat, tells journalists who want to cover the First in the Nation primary, “you need to experience it. Come here, be part of it–then write about it.”

As for what visitors should know about New Hampshire voters, Gardner notes an interesting fact. “We have, by far, more people who’ve either run for office or held office per capita than any other state. When you’ve done that, it changes how you think about elections.”

One reason for that quirky fact of New Hampshire life is the state’s 400-member House of Representatives, the third-largest English-speaking parliamentary body in the world. Add in the 24-member state senate and you’ve got one legislator for every 2,600 or so state residents. In California, that would mean a legislature with about 15,000 members.

And then there are the basics. In response to news that members of the political press would be arriving in the wee hours after covering the Iowa misfire, veteran GOP strategist Tom Rath tweeted: “Best news is that Concord Red Arrow is open 24 hours and is less than 5 min away from Concord Airport.