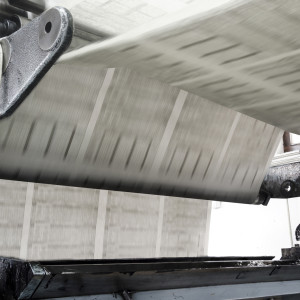 Irrational Exuberance and the Commoditization of News

A little over a year ago, Marc Andreessen, one of Silicon Valley’s top venture capital investors, authored a tome on the bright prospects of the news industry. He surmised: “I am more bullish about the future of the news industry over the next 20 years than almost anyone I know. You are going to see it grow 10X to 100X from where it is today. That is my starting point for any discussion about the future of journalism.”

Andreessen may be correct, and he offers forward-thinking business models that could bring such growth to fruition. But in surveying the current state of the media industry, there is substantial confusion over what defines a sustainable business. There is a crash coming unless media companies begin to innovate.

What has become increasingly clear since the release of Andreessen’s memo is that investors are irrationally exuberant over media startups. The edgy news site Vice is worth around $2.5 billion, approximately equal in value to the New York Times. Vice’s founder has even suggested it would get a $30 billion valuation if it went public. BuzzFeed recently received a new round of financing from NBCUniversal that valued its brand of cat videos and Game of Thrones quizzes at $1.5 billion. Vox, the parent company for several news sites, is now worth about $1 billion also thanks to an investment from NBCUniversal.

To put this all in perspective, Amazon founder Jeff Bezos purchased the Washington Post, one of the most-respected media outlets in the world, for a measly $250 million.

Beyond the big players in this emerging segment of the media industry, Mashable, IJReview, Mic, and countless other clickbait sites all offer a brief entertainment break from work but none have identified a sustainable business model. Other sites seem to be entering this market daily.

This is not meant to diminish the accomplishments of these companies with surging traffic and revenue. No doubt, I frequently visit all these sites. But one of the basic tenets all students must learn in Economics 101 is that long-term profits equal zero in a commodity business. These sites are the very definition of a commodity. Clickbait, a dumbed-down news story with a catchy headline and little substance, can be produced by virtually anyone. By the miracle of social media, these sites receive a high number of pageviews, but the same reason for their current success is why they have an unsustainable business. Over the next decade, as long as clickbait remains a profitable endeavor, more companies will move to compete in that space. No firm will be able to gain an advantage over their competitors without a radical change in their business models. And the industry could be shaken overnight by rule changes in the world of social media. Ten years from now, the 1.5-billion-dollar BuzzFeed will either look much different than it does today, or it will not exist.

This is not a problem unique to the clickbait sites, but it is exacerbated by the lack of sophistication in their content. The news industry as a whole, however, faces worries over commoditization. Twenty years ago, media companies could feel relatively secure. Nationally, there were only a few newspapers or telecommunications networks that could create and distribute content across the country. Regionally, each city had either a monopoly or duopoly for its newspapers. Distribution was an entry barrier. With the dawn of the Internet, and as people became more accustomed to reading news online, distribution was channeled through websites and marginal costs declined to zero.

The saving grace for many national news sites—to include newspapers like the Washington Post and websites like Politico—is the quality of content they produce. They compete for top journalism talent and try to create a superior product. But even then, one perusing each of these sites on a daily basis will often find remarkably similar content. The fact is that the industry as a whole is moving toward commoditization. Some may believe we have seen the industry reshaped in the past decade, but we are actually still on the verge of a larger collapse that will force these companies to rethink their strategies.

A Wall Street Journal reporter took note during the recent Republican Presidential Debate that there were 800 reporters credentialed for the event. That’s equivalent to 50 percent of the total statehouse reporters in the entire United States, according to the Pew Research Center. Journalism has become an unbalanced market. The national market is flooded, but there is a dearth of local reporting, which is perhaps why a company like Politico has made forays into local news.

There is no lack of innovative ideas to transform the way news is created and distributed. After all, I entered this industry myself because of a recognition that it is in crisis, and yet many of the key players appear largely unaware of their coming demise. That sounds like an opportunity.