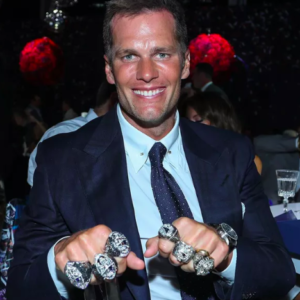 Is A Liz Warren White House Worth A Super Bowl Ring?

The latest Seton Hall Sports Poll asked American voters this question: Would you rather see your presidential candidate win the White House, or your favorite team win a World Series or Super Bowl?

While Americans as a whole put politics before sports by a 74 to 19 percent margin, “28 percent of males said they would rather see their favorite team win the championship than have their favorite candidate win the 2020 presidential election,” according to a statement from Seton Hall.

“In the last two presidential elections voter turnout has been between 58 and 60 percent,” said Rick Gentile, director of the Seton Hall Sports Poll, which is sponsored by the Sharkey Institute within the Stillman School of Business. “It shouldn’t be a surprise that so many men care more about the outcome of a baseball or a football season than the political future of the country – but it is alarming.”

Gentile told InsideSources he suspects the poll results are related to the polarized politics of the moment. “I do think that in a time with less political venom, and the parties are less divided, more people might pick their team over the president. But not today. When we first got the numbers back, some of our staff were outraged that even 28 percent of men would put their teams first.”

So, what would you choose?

Jim Geraghty, senior political reporter for the conservative National Review magazine and a lifelong fan of the hapless New York Jets said, “That’s an easy call. I can help elect a better president a lot easier than I can get the Jets a Lombardi trophy.”

Longtime Boston sports broadcaster Gerry Callahan, who is never shy about sharing his political views, says it should be a no-brainer, even for the notoriously enthusiastic sports fans of Boston.

“Are you kidding?” he told InsideSources. “I would give up every championship every local team has ever won to stop Liz Warren. I mean, I don’t love the Yankees or the Baltimore Ravens but they can’t raise my taxes or destroy the U.S. economy with the insane Green New Deal. I’d rather see the Cleveland Indians win the next 10 World Series than see the fake Indian win one presidential election.”

Veteran New Hampshire Republican strategist Tom Rath is a hardcore Red Sox fan and he told InsideSources, “Well, we’ve won a lot lately so I’d take the White House.”  Ah, but what if it were pre-2004 Red Sox, the team that had suffered under the ‘Curse of the Bambino’ for 86 years without a World Series win?

“I’d probably choose breaking the curse,” he said. “Your team is with you a lot longer than the president.”

Gentile isn’t surprised. “You have to think that people’s feelings change if they’ve got a team in the NFL playoffs or during the heat of a pennant race. I’m a San Francisco Giants fan and if this were 2010, I’d probably pick them, too.”

And why not?  Isn’t this intense polarization that’s spilling over into sports and entertainment and even our holiday meals a sign our politics is broken? Wouldn’t it be better if supporters of the two parties didn’t distrust each other so much that they see  victory by their opponents as a grave threat to the Republic?  Wouldn’t that be a politically healthier country?

“It would certainly be a more amicable one,” Gentile said.

New Hampshire GOP State Senator (and former congressman) Jeb Bradley is a huge Boston sports fan, but he says “You have to put country first.”

“Having said that,” he added, “in this century, Boston sports teams have won four World Series, one NBA championship, a Stanley Cup and six Super Bowls…and it’s still not enough!”

His Democratic colleague, Sen. Lou D’Allesandro, says he’d rather have the White House. “Tom Brady has too many rings! And the Red Sox need to straighten out.”

And what about an NCAA football championship for his beloved University of New Hampshire Wildcats?

D’Allesandro, who’s supporting Joe Biden in the presidential primary, paused for a moment, sighed and said “We gotta get Joe in the White House.”

Sports and politics both inspire passion, not all of it positive. Gentile says that’s what he was trying to measure in his poll, and he originally considered a different question.

“When I was first coming up with a question, I was trying to measure the levels of animosity people are feeling over politics, and I wanted to give most of America the most unacceptable choices possible.  So my first draft was ‘Would you accept New England winning another Super Bowl and the Yankees winning the World Series — if it meant Trump wouldn’t win the White House?’

“I scrapped the question. It was just too distressing,” Gentile said.