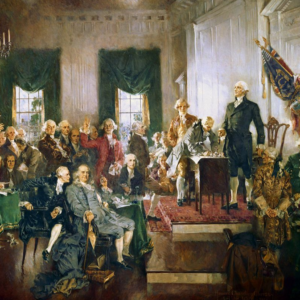 Is America Too Big to Be Free?

Americans consider themselves to inhabit, in the words of “The Star-Spangled Banner,” the land of the free. However, the latest report from the Human Freedom Index ranks the United States the 20th freest out of 152 jurisdictions.

The study examines personal and economic freedom as they relate to such matters as the rule of law, the size of government and associational rights. The top 10 freest are Hong Kong, Switzerland, Finland, Denmark, New Zealand, Canada, Australia, Ireland, the United Kingdom and Sweden.

One cannot help but look at the 10 freest and notice a commonality: size. Most of these are countries with little land. And those with larger territories, such as Canada and Australia, have relatively small populations: 35 million for the former and 25 million for the latter. The United States, on the other hand, has a population of 318.9 million, the third largest in the world.

Could the sheer size of America present an extra challenge for liberty? Some of the nation’s Founders shared this concern and voiced it from 1787 to 1788, during the debates about ratification of the Constitution. Those who opposed ratification, the Anti-Federalists, were adamant that popular sovereignty and majority rule — the twin pillars of republican government — could support only a small governing structure.

“It is the opinion of the most celebrated writers on government, and confirmed by uniform experience,” wrote the minority of delegates to the Pennsylvania ratification convention, “that a very extensive territory cannot be governed on the principles of freedom, otherwise than by a confederation of republics, possessing all the powers of internal government; but united in the management of their general, and foreign concerns.”

An unknown Anti-Federalist, writing under the alias “An Old Whig,” warned readers that no “Republic (of so) great magnitude, ever (did), or ever can exist.” Turning to antiquity, the anonymous sage observed that only “a few years elapsed, from the time in which ancient Rome extended her dominions beyond the bounds of Italy, until the downfall of her Republic.”

Similarly, George Mason, a delegate to both the Philadelphia Convention in 1787 and Virginia’s ratifying convention a year later, predicted that only a monarchial or despotic government could govern such an extensive country with diverse peoples and conditions. Mason believed in union, but only a confederative union similar to that of the Articles of Confederation. His refusal to sign the Constitution was not an act of blindness, but the result of foresight.

Considering our current standing in the Human Freedom Index, and the minutiae regulated and controlled from Washington, the Anti-Federalists’ arguments about scale hit the mark. But what, if anything, can we do about it? We cannot travel back in time and create regional confederacies in place of our current union. At present, very few people are willing to rethink the structure of the American union.

Absent the complete overhaul of the Constitution, our only alternative is to limit, perhaps in piecemeal increments, the power of the central government and allow our 50 small republics — the states — to handle most domestic policy matters. Fortunately, the Anti-Federalists can provide much guidance. During the ratification debates, they proposed more than 200 amendments. In them, we find sundry ideas for limiting central authority.

For instance, fearful that Congress would drive the nation into greater debt and spend money on non-delegated powers, the New York ratifying convention suggested an amendment requiring two-thirds of Congress to approve any borrowing on the credit of the United States.

Multiple state conventions proposed term limits on federal officeholders. The delegates desired to prevent the rise of a ruling class enamored with its power and separated from the people. Such a class, they believed, would be inclined to augment the power of the center at the expense of the people and the states.

The Massachusetts ratifying convention requested that the Constitution be amended to state explicitly “that all powers not expressly delegated by the aforesaid Constitution are reserved to the several states.” The Bay State foresaw the dangers that claims of implied powers would bring. The critical word “expressly” makes that proposal much stronger than our current 10th Amendment. It also echoes strong language from Article II of the Articles of Confederation, wherein each state retained its sovereignty and independence in matters not delegated to the U.S. government.

The above are simply examples. The Anti-Federalists offered many other proposals for limiting national authority under the Commerce Clause, the treaty power, the General Welfare Clause and other constitutional provisions.

The great French political philosopher Montesquieu and his Anti-Federalists followers were correct that small republics are best suited to promote the liberty of the people. Unless we are willing to rethink the entire edifice of our government, we must curtail the power of the center and let the people govern themselves in the peripheries, i.e., the states. To do so, let’s turn to the Anti-Federalist writers of the 1780s for a roadmap back to freedom.

William J. Watkins, Jr. is a research fellow at the Independent Institute and the author of the new book "Crossroads for Liberty: Recovering the Anti-Federalist Values of America’s First Constitution."