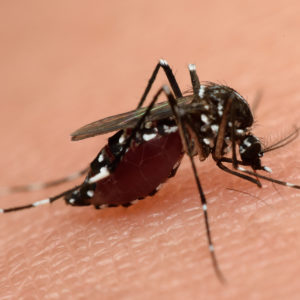 Is Brazil Better Prepared than the U.S. to Fight Zika?

That is worrisome, not only because the epidemic continues to spread in Brazil but also because more than 350 Puerto Ricans have already acquired Zika through mosquito bites, and the CDC has predicted that several hundred thousand Puerto Ricans, as well as others in the continental United States, could get Zika by the end of 2016.

The first documented Zika infection in the continental Western Hemisphere was in Brazil in May 2015. The Brazilian health ministry estimated in February 2016 that 500,000 to 1.5 million Brazilians were carrying the virus in a population of just more than 200 million. In response to the threat, the Brazilian government sent 220,000 soldiers to 350 counties in the impoverished northeastern part of the country to spread public information about Zika, dengue and chikungunya, and to destroy potential breeding sites of aedes mosquitos, which carry all three viruses (as well as yellow fever).

Zika infections, which evidence suggests may be a cause of infant microcephaly and other neurological disorders, are concentrated in the northeastern Brazil.

In Brazil, as elsewhere, the Zika virus is difficult to fight. The aedes mosquitos that carry the virus lay eggs in tiny sites like overturned bottle caps, not in large bodies of water congenial to aerial spraying. Besides mosquito bites and transmission from mother to fetus, Zika can be transmitted by unprotected sex with an infected male and, potentially, through the blood supply.

Because 80 percent of infected people are asymptomatic, human surveillance is more challenging than with other diseases. No vaccine, effective treatment, genetically engineered sterile mosquito, or viable mosquito predator has yet been found, leaving identification and elimination of mosquito breeding sites — alongside monitoring and self-protection campaigns — as the only practical ways to fight Zika for the time being.

Brazil faces major obstacles in fighting Zika, including a deep economic crisis, political turmoil, inadequate local administration in some areas and an already widespread epidemic of dengue. Still, Brazil has advantages in the struggle: a history of public disease control in the northeast dating back to World War II; a large and talented public health community; and years of experience with evidence-based public health interventions.

It is no accident that the government knew where to send the 220,000 soldiers, because health data on the country’s 5,600 counties have become more complete, transparent and available during the last couple of decades. Most important, the Brazilian government in the mid-1990s expanded the Family Health Program (now Family Health Strategy), which by 2014 involved 39,000 health teams, each providing primary health care to about 1,000 specified households, including through home visits.

The family health teams, which consist of a doctor, a nurse, a nursing assistant and four to six community health workers, serve 120 million people — more than half of Brazil’s population. In 2015 they went to work in the fight against Zika, destroying mosquito breeding sites, participating in public health communication campaigns, monitoring the prevalence of the virus, and counseling expectant mothers.

Like Brazil, the United States has a long history of disease control initiatives and a good system for monitoring reportable diseases. The United States, however, lacks a public health structure of the size and efficacy of Brazil’s for destroying mosquito breeding sites, educating high-risk populations, monitoring the spread of the disease and counseling expectant mothers.

In the United States, mosquito monitoring and eradication is handled by 700 disconnected and underfunded public agencies, mostly administered at the municipal level but funded in part by the federal government. Federal funding for mosquito control fell from $24 million in 2004 to $10 million in 2012.

In February 2016 Congress denied President Obama’s request for $1.9 billion in emergency funding to fight Zika, demanding instead that he shift money earmarked for the fight against Ebola. On April 7 the Obama administration, citing a public health emergency, shifted about $500 million from Ebola to Zika.

The United States is a rich country with a temperate climate, but lacks an integrated public health service provision and disease control program like Brazil’s Family Health Strategy. Not surprisingly, then, both Mississippi and the vastly poorer Brazilian state of Espirito Santo have identical infant mortality rates: 9.6 per 1000.

In the United States, the federal money diverted from Ebola to Zika control will be distributed to a checkerboard of uncoordinated mosquito abatement districts and hastily contrived mass media campaigns.

Among the negative consequences of building walls, real or metaphorical, between the United States and Latin America, is that walls make it harder to learn from one’s neighbors.

James McGuire is a professor of government and Latin American studies at Wesleyan University in Middletown, Conn.