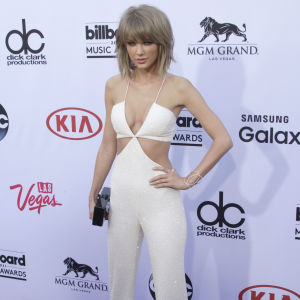 Who is More Powerful — Congress or Taylor Swift?

“Is there any limit to Taylor Swift’s power?” Tim Lordan asks.

It’s just before 1 p.m. this past Friday, and Lordan — the executive director of the Congressional Internet Caucus Advisory Committee — is moderating a Capitol Hill panel discussion on the public policy of music streaming. With just hours to go before the weekend, he’s assembled a group of experts to answer a playful and provocative question: between Swift and Congress, who has a greater effect on the streaming industry?

Typically, it might seems strange for a committee at the Rayburn Building to be contemplating a pop star. But Swift isn’t just any celebrity musician. In what Lordan called “a breathtaking display of power,” she recently shamed Apple into paying royalties to artists during a trial run of its streaming music service Apple Play. The New York Times wrote that, “at a time of deep anxiety among artists big and small about the value of their work … Swift has emerged as perhaps the most effective negotiator in the business, for her own benefit as well as others’.”

There are several reasons for this, some of which are obvious. Swift has been named the world’s most successful artist, and she holds great sway over her legions of fans.

But Lordan’s panel noted that her ability to influence a company like Apple is the result of several other factors as well. These include the fact that she holds the copyright for both the composition and recording of her work — the writing and the performing — while being with the independent label Big Machine Records.

“She has a degree of freedom to speak out about these industry structures and the ability to pull her catalogue from some services in a way that could potentially be more difficult if she was recording for a major label,” said Kevin Erickson of Future of Music Coalition, which advocates for artists.

To Erickson, that particular advantage is ironic, given the reference to “some indie record that’s much cooler than mine” in Swift’s song “We Are Never Ever Getting Back Together.”

“I always thought that was funny, because she’s on an indie label,” he said. “Her records are indie records.”

In terms of Swift’s limitations, Alec French of Thorsen French Advocacy LLC noted that she doesn’t actually have the right to prevent her compositions from being on streaming platforms if they’re performed by other artists. This is the result of federal regulations.

“On the composition side, clearly the government’s more powerful,” French said. “The government tells her she can’t take her music off as a songwriter.”

Yet for Erickson, it was a recent incident at a Swift concert in Washington, D.C., that demonstrated how even the most powerful pop star can be rendered powerless.

“I used to think Taylor Swift was omnipotent until she got stuck on that elevated stage thing at Nationals Park on Monday night,” he said to laughter.